Editor’s Note: Vancouver Police have identified the suspect but have not released further information to the public at this time.

The Vancouver Police had sought the public’s help in identifying a suspect in a racist assault against a 92-year-old Asian man with severe dementia last month.

On Thursday afternoon, Vancouver Police announced that the department had identified the suspect but have not revealed any more information at this time.

The incident, which happened on March 13 inside a convenience store in East Vancouver, has been called a hate crime by local authorities, reports the Vancouver Sun.

Based on police reports, the victim wandered into a convenience store near Nanaimo Street and East 1st Avenue. The store clerks said they were trying to assist the elderly man when the suspect began yelling racist remarks at him, including COVID-19 comments.

“As a police department, we do not tolerate incidents motivated by bias, prejudice or hate. It’s even more disturbing considering the victim’s age,” Visintin said.

In a clip released by Vancouver Police, the attacker is seen dragging the helpless elderly man by the arm to the shop’s door, causing him to fall to the ground outside and hit his head. When the police arrived the attacker had already fled the scene.

Authorities described the suspect as a White man in his 50s, approximately 6 feet with a heavy build. He has dark, short hair and is balding at the top. He was wearing a grey button-up shirt over a black T-shirt, black pants and black running shoes during the attack. At the time, he was also seen wearing a thick gold bracelet, a gold necklace and several gold rings. 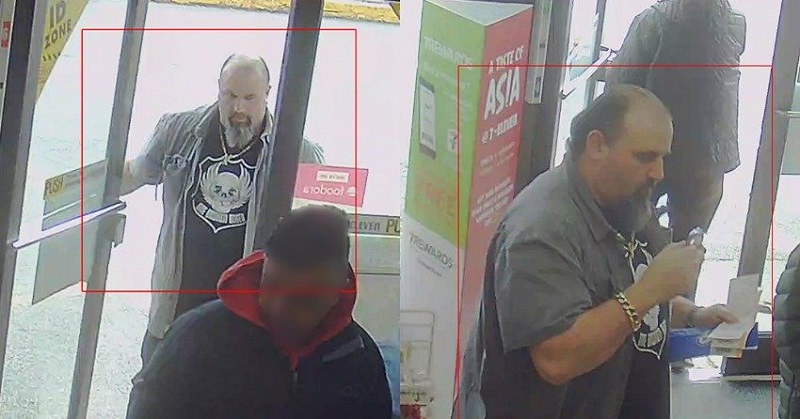 The VPD’s statement also noted that there has been an “increase in reports of anti-Asian hate-motivated incidents and criminal behaviour” over the past couple of weeks.

In March alone, there have been eleven hate crimes reported to the police, five of which involved Asian victims.

“We know that hate crimes and hate-motivated incidents are generally underreported. We believe the increase in March is indicative of a larger issue,” Visintin noted. “We are making a plea to victims or people who witness hate crimes to please come forward and report the incidents to police so they can be investigated.”