The film, which cost $30 million to make, has made an estimated $34 million since opening on August 15th to take the top spot at the U.S. box office on its opening weekend. Shark thriller “The Meg,” which was on its second week, placed second by earning $21.2 million during the same weekend, BBC reports.

It’s not a movie or a movement.. it’s big frickin’ celebration all across the country!! We are here. Let’s keep the party going all weekend. Thank you!!! ❤️#CrazyRichAsians

In a series of tweets, Chu recognized the support the film received from the Asian American community which contributed to an unprecedented 40% of the audience. Asian moviegoers usually make up less than 10% of the opening-weekend audience for a film. 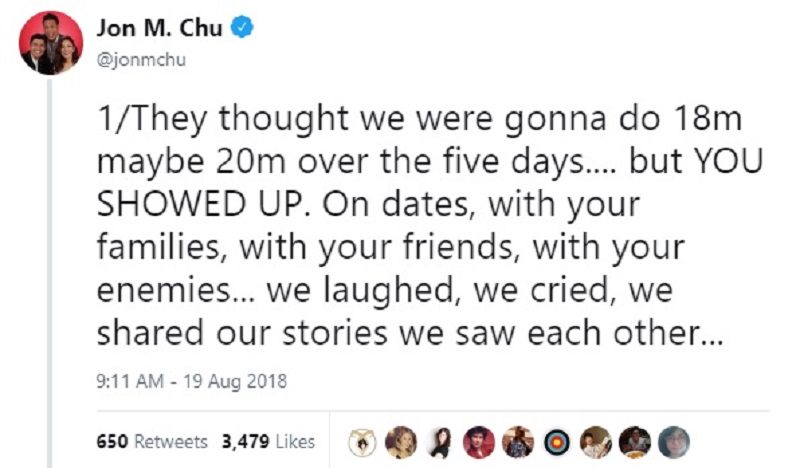 In support of the film and its bid to make its statement against the lack of Asian representation in Hollywood, many affluent Asian-Americans participated in a social media movement known as the #GoldOpen campaign in which free screenings were opened across the United States. 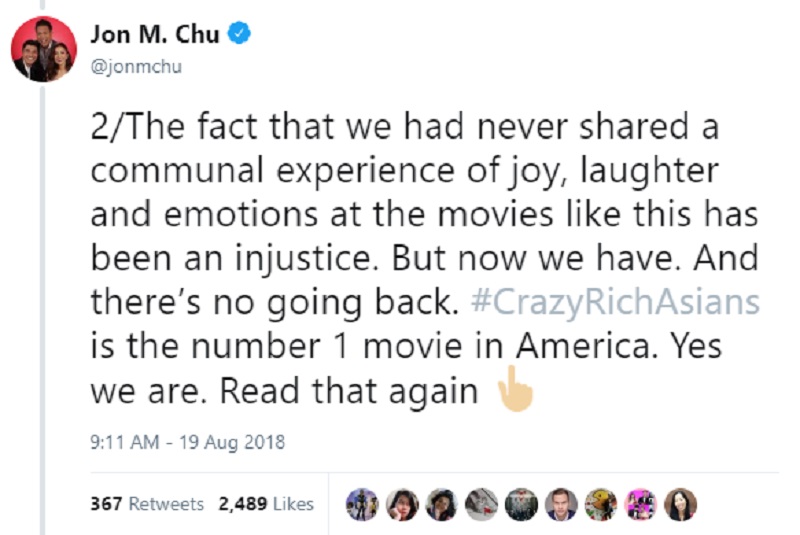 Chu shared that how he appreciated the reactions the movie received from those who had just seen it in the theaters. 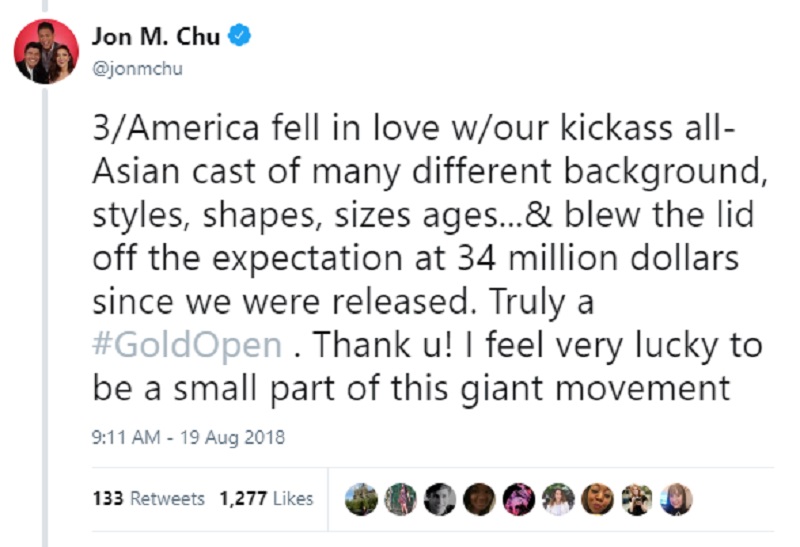 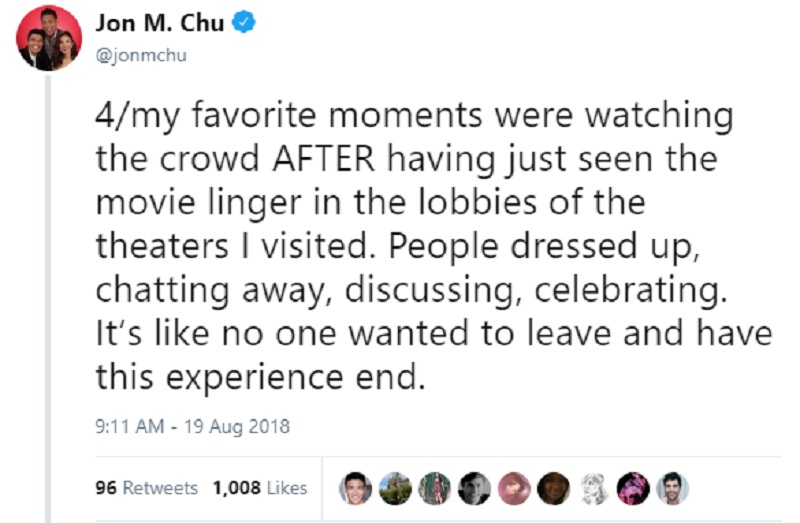 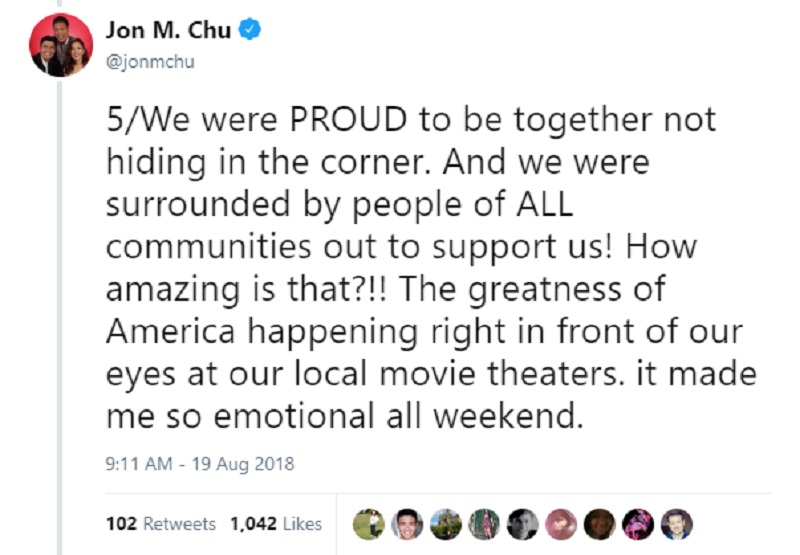 Chu urged his followers to continue supporting the film as it rolls out overseas in the next few weeks. 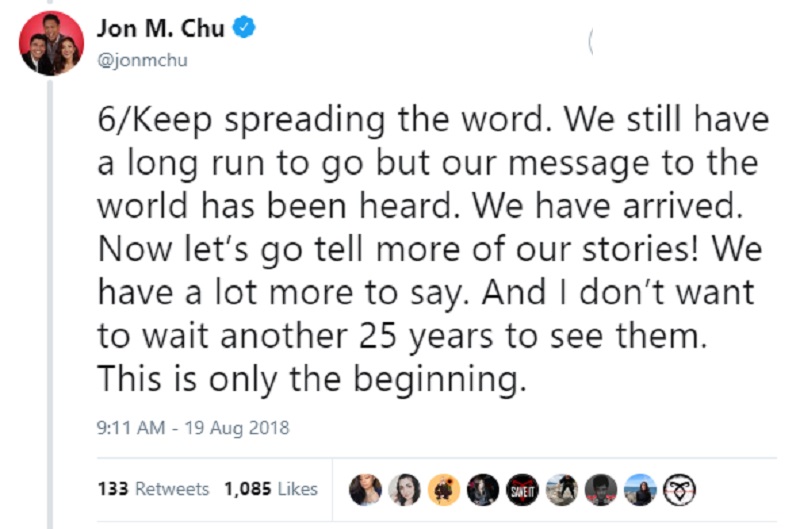 Amid glowing reviews and an A CinemaScore, “Crazy Rich Asians” is also set to perform well outside the U.S., especially in Asia where it is set to release next week.

In an earlier interview with The Hollywood Reporter, Chu hinted that the success of “Crazy Rich Asians” would not only make a sequel possible but may also usher in more Asian-centric films in the future.

“We have lots of plans if the audience shows up. We have more stories to tell. We have other stories outside of the Crazy Rich Asians world that are ready to be told too from filmmakers and storytellers who haven’t had their stories told yet,” Chu was quoted as saying.