It’s Coronavirus Season. You Know What That Means? Racism. Lots of It

Editor’s Note: Ranier Maningding is a copywriter and mastermind behind the social justice page “The Love Life of an Asian Guy“. The opinions expressed in this piece are solely his own.

It’s coronavirus season, boys and girls! You know what that means? Racists. Lots, and lots of racists.

I’m talkin’ a shit load of them. 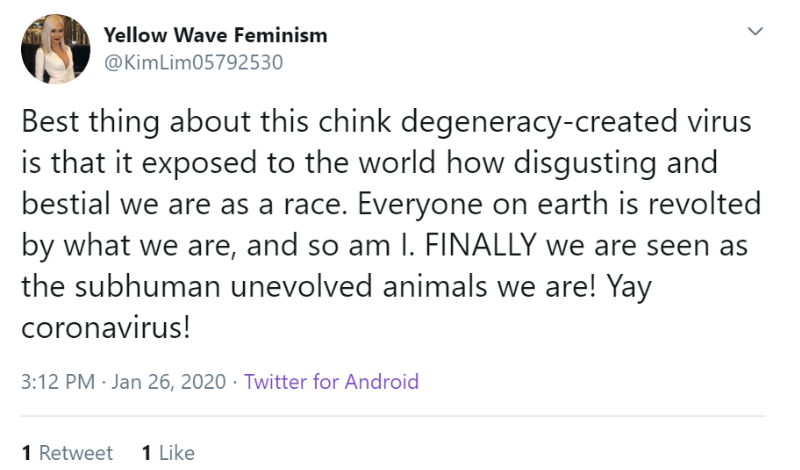 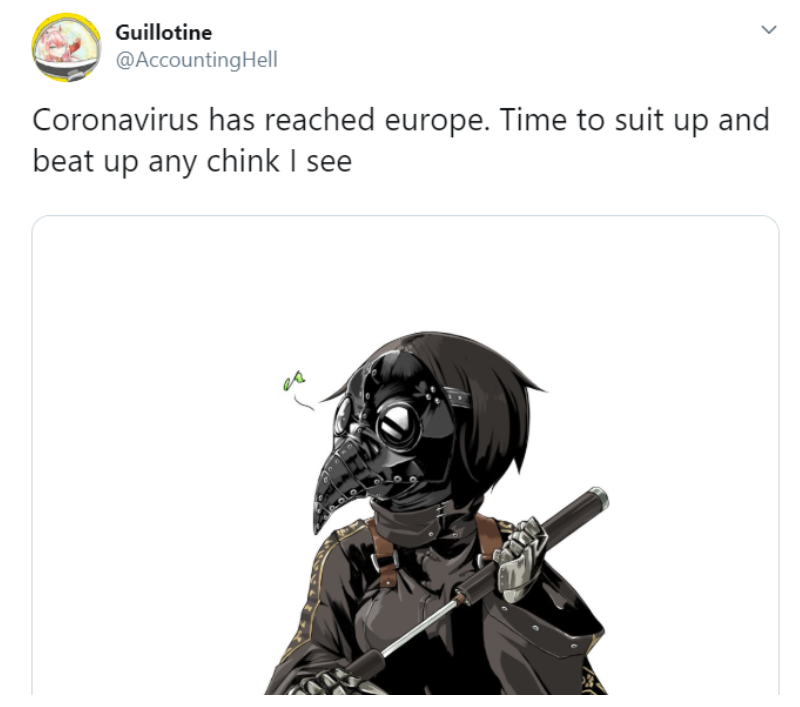 They don’t even care if you’re from Wuhan, China (the place where the outbreak started) let alone if you’re Chinese. Racists have been using the coronavirus to justify racism against random Asians of all backgrounds, with a concentrated effort on Chinese migrants.

The anti-Asian racism and xenophobia spewing out of the mouths of privileged pricks in Europe and the United States over the coronavirus is yet another case of people using a viral disease to justify the racist beliefs they’ve always kept safe inside their crusty, sh*tty, little hearts.

The link between racists coming out of the woodwork and the spread of diseases isn’t the first time this has happened, and it won’t be the last.

Researchers recently tested 355,000 White and 77,000 Black Americans and discovered a strong link between a fear of diseases and implicit/explicit racial bias. The tests found that “among white people who are highly averse to germs, images that evoke thoughts of infectious disease also increase bias against African Americans.” Six years ago, we saw this type of racism happen at scale.

Some of you might remember the Ebola outbreak of 2014 where a similar racist reaction occurred to magnified effect. A gaggle of racists used the spread of Ebola in a small part in West Africa as a gateway to bully, harass and antagonize Black folks across social media, regardless if they were West African or not. It didn’t take long for the dumpster fire online to spread into the physical world.

In New Jersey, two Rwandan students, who had no sign of being infected, were sent home for 21 days. In Texas (it would be), a college sent letters to Nigerian applicants — a country that was, at the time, disease-free — informing them that “Navarro College is not accepting international students from countries with confirmed Ebola cases.” Over in Pennsylvania, a high school soccer player was antagonized by the opposing team’s fans and their racist “Ebola” chants. It’s been six years since this happened, but racism is still going strong.

The same mentality can be seen among racist conservatives who detest Central American immigration over a fear that migrants will bring new diseases. Racists weaponize that bigotry to justify their pursuit of more border walls and the deportation of innocent migrant families.

The mental distance you have to travel to go from “oh snap, a virus is spreading and it’s killing a handful of people” to “ban all Nigerians/immigrants” requires hyper speed because boy oh boy, that’s one hell of a reach. The ridiculousness is even more astounding when you consider the fact that: 1.) viruses aren’t racialized so they aren’t biased towards one group of people over another and 2.) most of the people infected are so far away from you, an American sitting safe and comfy on the couch at home in your “Stranger Things” pajamas, that you’re more likely to die from slipping on a puddle of Mountain Dew that you forgot to clean up in your parent’s basement.

You’re worried about Ebola, but not the spread of diseases caused by anti-vaxxers?

You’re worried about the coronavirus, but not mass shooters and domestic terrorism?

You’re much more likely to die from Chad’s AR-15 than the coronavirus. Does that mean you should start avoiding White guys with crew cuts?

I know you’ll say that you’re concerned with both, but are you really? Because you sure as hell aren’t screening White folks at the movie theaters. And we aren’t bag-checking incels who love camo pants at Walmart. Nor do we profile conservative gun-lovers before they enter an elementary school or middle school campus.

Two Viruses: One We Can Contain, Another We Cannot

As I write this, the coronavirus has yet to be contained. Almost 2,000 people have been infected and more than 100 have already died. China is racing to build a specialized hospital to combat the coronavirus in less than one week, and families around the world have been devastated after suddenly losing their loved ones.

Eventually, the coronavirus will be contained.

But the sting of racial profiling will linger in the minds of people of color, and the ferocity of scientific racism will continue to spread.