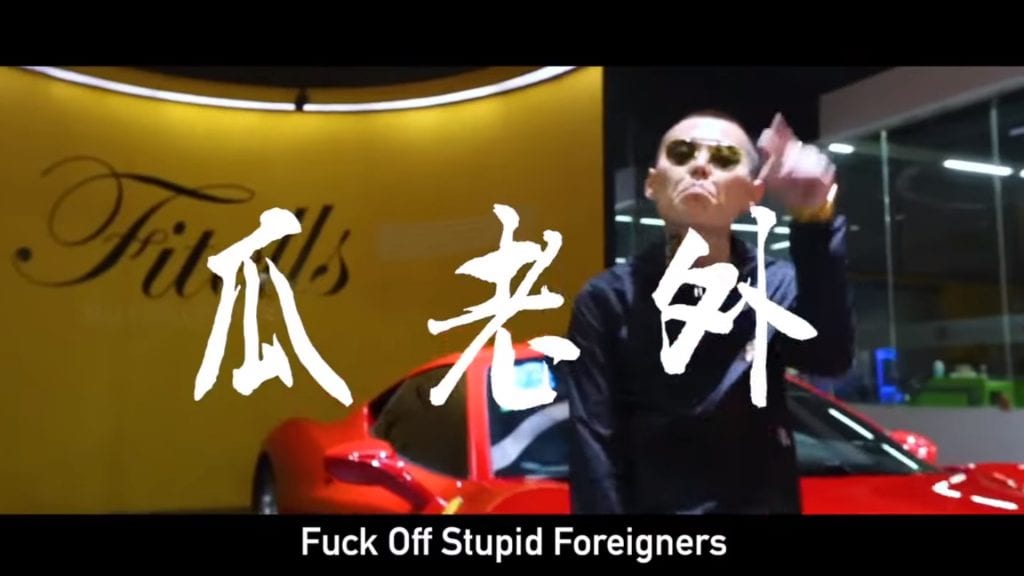 The Chinese rapper is shown with his posse roaming around the streets and frequently flashing their middle fingers. 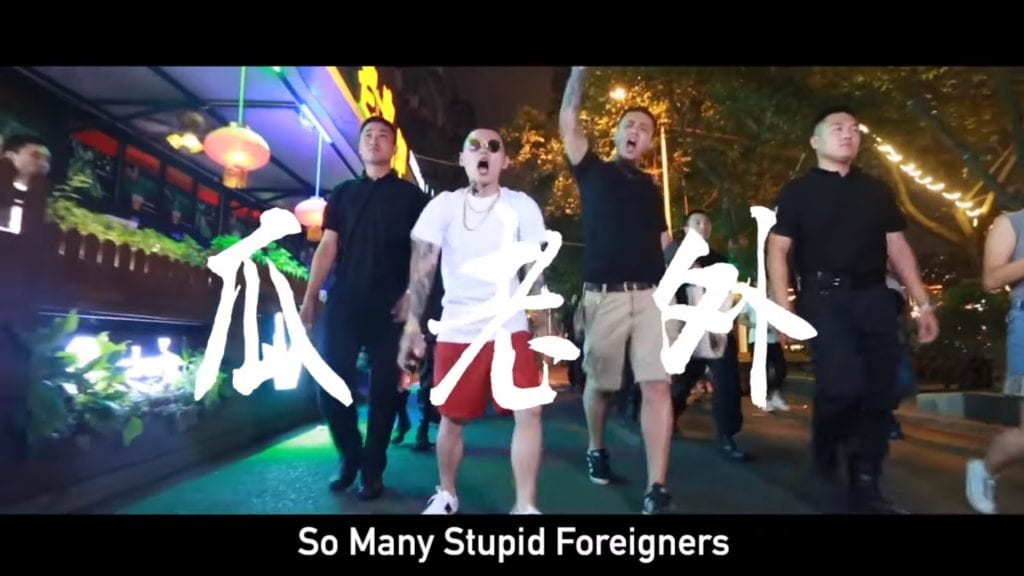 According to Shanghaiist, the term “laowai” is an informal way of referring to foreigners which can also be used as a slur, while “gua” is a common insult in the Chengdu dialect. However, this term is just the tip of the iceberg when it comes to Fat Shady’s insult-filled tirade and analogies aimed towards foreigners. 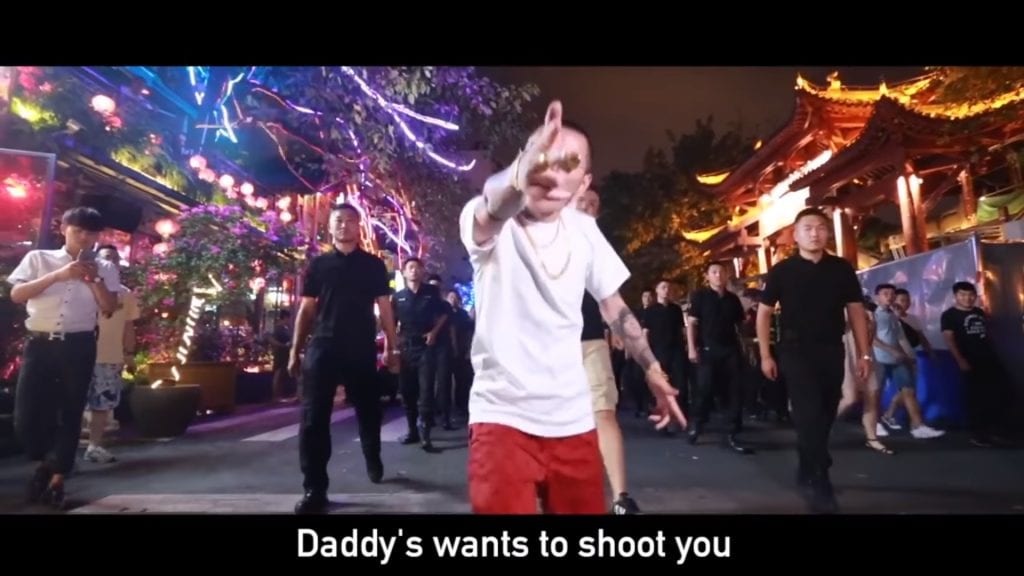 Furthermore, the Chengdu rapper takes the insults up a notch by telling foreigners that they come to China because they were a loser in their own country. While Fat Shady tries to tone his insults down by saying that he respects his “foreign friends” only to revert back to telling-off foreigners just moments later. 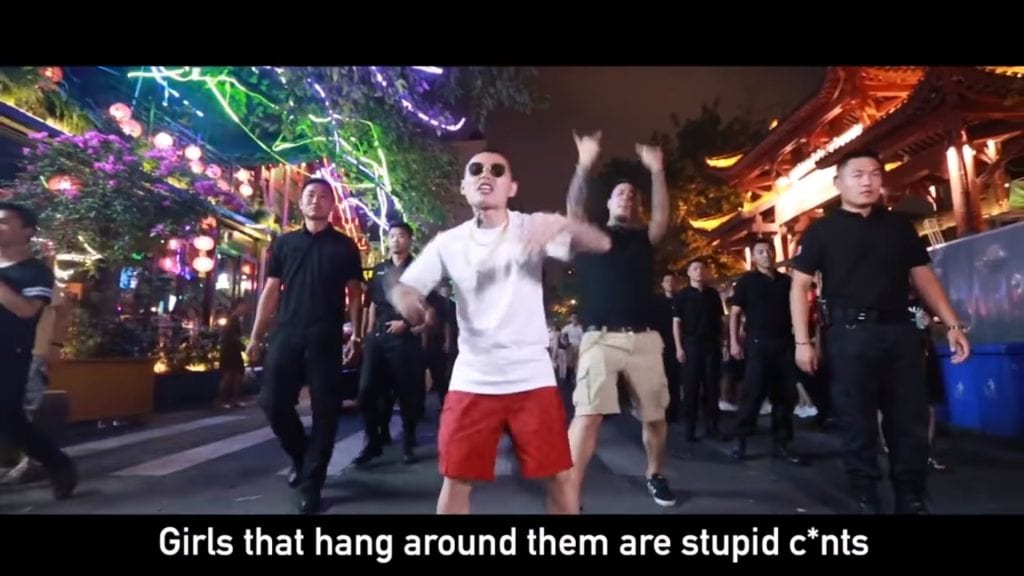 The Chinese rapper’s insults aren’t limited to just the foreigners either, since he also went as far as insulting the mothers of what he refers to as “idiot foreigners.” Fat Shady’s explicit video is then capped off with a scene showing the rapper as he decapitates a mannequin representing “stupid foreigners” with a baseball bat. 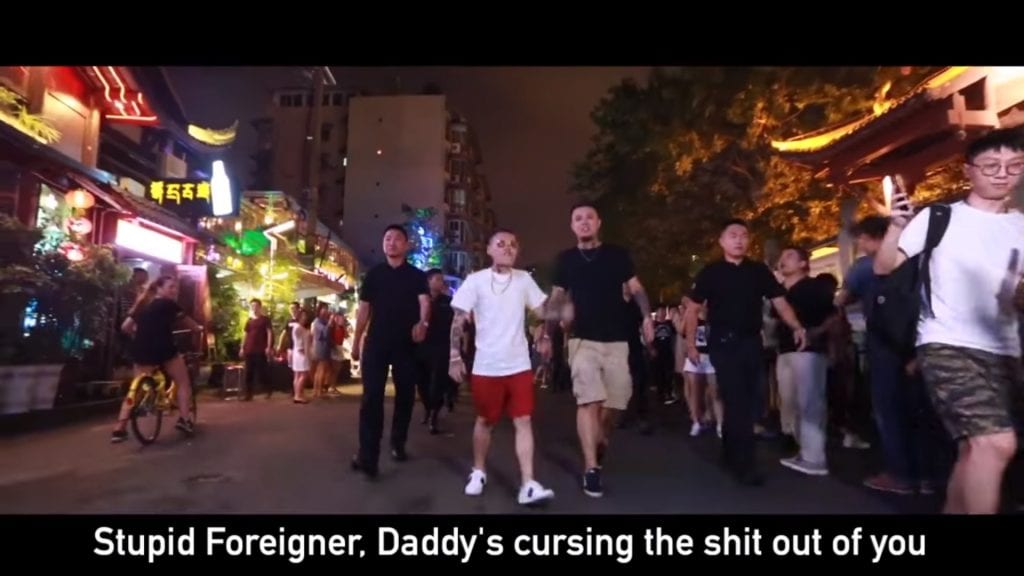 Meanwhile, despite Fat Shady’s controversial display of aggression, the growth and success of hip-hop in Asia is seemingly on the rise. According to CNN, the hip-hop trend in Asia is growing even larger with new rising rap stars such as Korean Keith Ape, Indonesian rapper Rich Chigga, and Chinese group Higher Brothers. 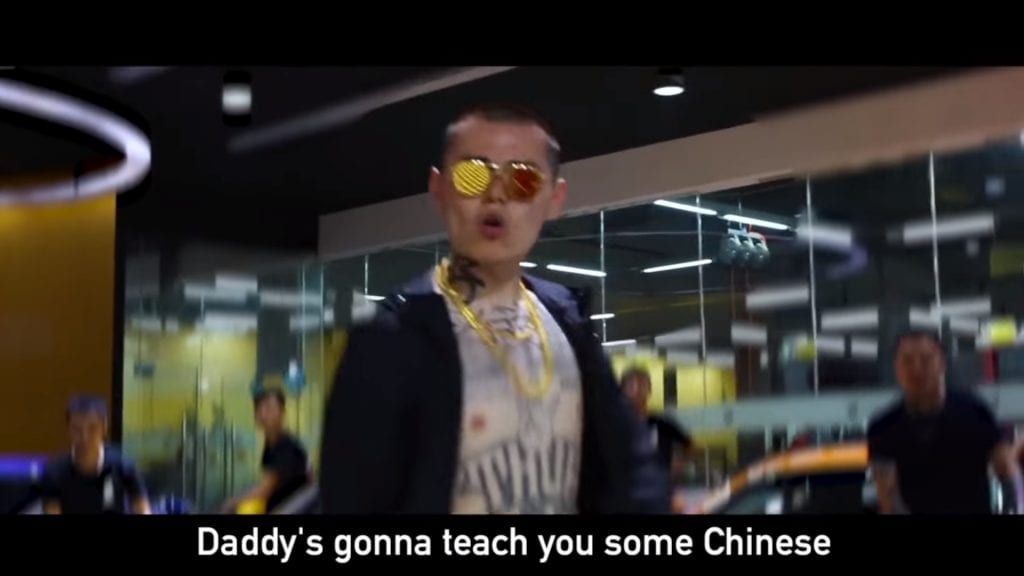 Record label 88 Rising is responsible for bringing these artists into the limelight of hip-hop culture. 88 Rising founder Sean Miyashiro explained that they’re not “trying to break stereotypes” but rather they would just want to show people what they can do. “We want to push the culture forward,” Miyashiro added. 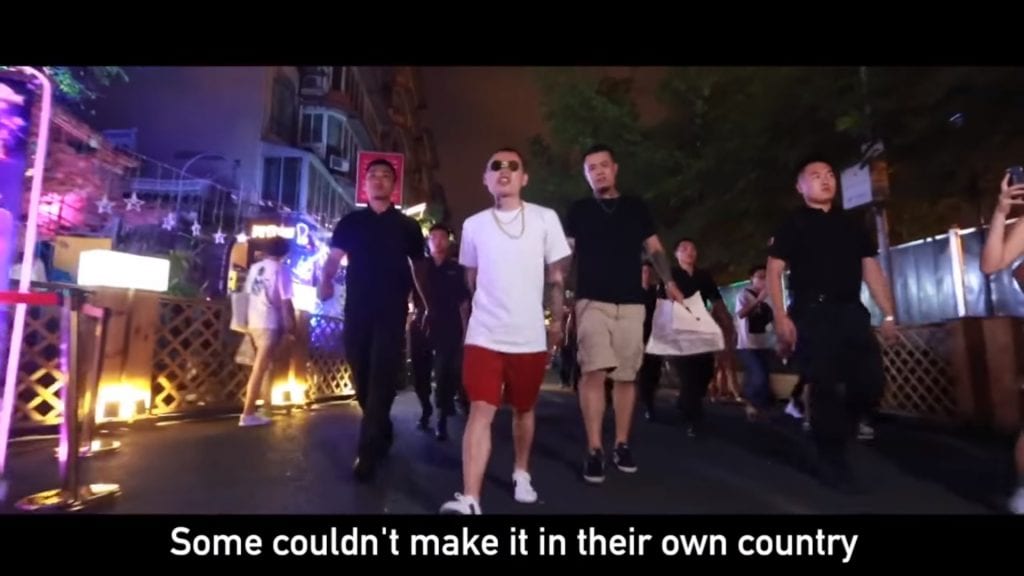