Xiaolong Wang, a man from China, has just set a new world record for performing the highest vocal note.

Wang broke the Guinness World Record for the “highest vocal note ever performed by a male” during a recent appearance at a Chinese game show called “Happy Camp” according to MailOnline.

At the beginning of the widely-shared footage of his performance, Wang is shown approaching the stage calmly as audience members cheered. 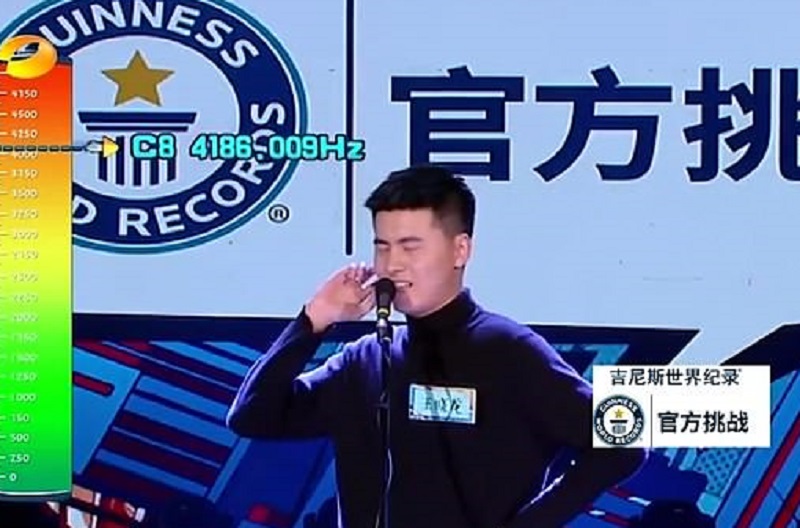 With Guinness’ judges supervising the attempt, Wang placed one hand to his ear and the other on his hip before belting an ear-shattering E note in the 8th octave (5,423 Hz) in front of a live audience. The voice he emitted was so high that it sounded like that of a whistle.

He reached a note that was a half-step higher than the previous record held by Australian singer, Adam Lopez in 2008.

Wang’s jaw-dropping performance impressed spectators and representatives from Guinness World Records. To ensure whether Wang had indeed broken the record, one of the judges measured with sound monitoring equipment. 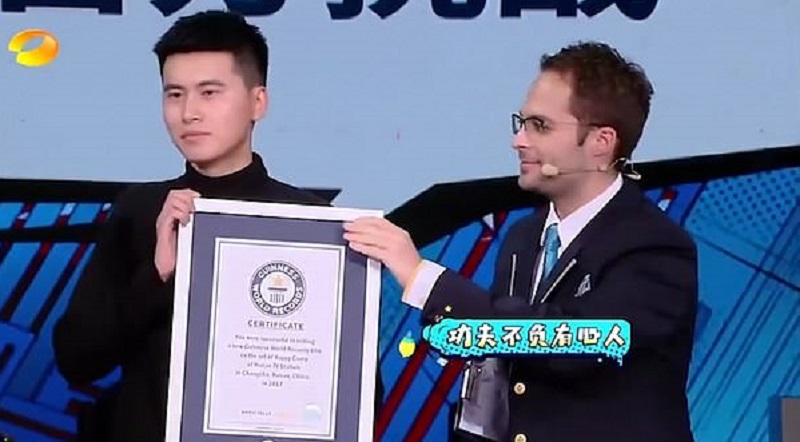 Wang received his Guinness World Records certificate after his performance.