China Girl Holly: From a Chinese Orphanage to Surviving Racism in America

Editor’s Note: The following piece was chosen as a finalist in NextShark’s personal Essay Contest 2019. The views expressed in story are the writer’s own.

When I was an infant, I was left outside of an orphanage in a cardboard box, with no indicators of who left me there or who I was. At six months old, I was adopted by an American family, and from there on I moved happily to North Carolina as if my life weren’t about to change forever.

Growing up, I never considered my family life odd. My parents have always been free spirits when it comes to raising kids, doing things like lifting us into the sky and screaming “fly free!” as the wind whipped around us, as if we were standing in a picturesque field of wildflowers, instead of a Walmart parking lot. We lived happily, content in the adoption-paper stitches that bound us together and all the unorthodox family photos living in such a mixed family entailed.

My parents never worried about the day they would have to tell me I was adopted; there never was one such day. They told me my origin story from the day I was old enough to understand the concept, and that was that. I just accepted it like I had accepted everything else. I knew that I would never be told “you look just like your mother!” unless someone was a blind nutjob, I grew up without having to have the obligatory “Oh my gosh mom, I’m adopted?!” crisis that I saw on T.V. I didn’t care about China or America, white or yellow, adopted family or biological. I believed that I knew all I needed to.

Since I was (and still am) an introvert, most of my earliest memories take place at home, where I felt safe and comfortable. It wasn’t until I began to leave my shell that I realized there was a lot more out there that my parents failed to mention. Out of nowhere I was getting called called a “chink” and being asked questions I had never heard before, much less knew the answer to.

What was a chink, and why were these big kids calling me one? Slurs like chink and gook and ching-chong were tossed around the playground from one kid to another like frisbees and every time, they went over my head. Something about these unknown words planted a seed of curiosity in my mind, but I stayed quiet, alone with my confusion and growing intrigue. I didn’t ask my parents about the words right off the bat, because surely there was no need to ask them what those kids said. Obviously it all was some secret code, gibberish I would understand on my own because I was four, and therefore a big kid too. But when hearing the questions repeatedly remained fruitless in figuring out what it all meant, when determination to decipher the phrases faded into a tired sort of confusion, I caved. I asked my parents why I was a “chink” and why the kids at the park asked if I knew what dog tasted like. Needless to say, they were very upset, hugging me as if I had a reason to feel offended. Normally they only got this upset if I threw something at my baby sister or sprayed insecticide all over the place thinking it was Febreeze. 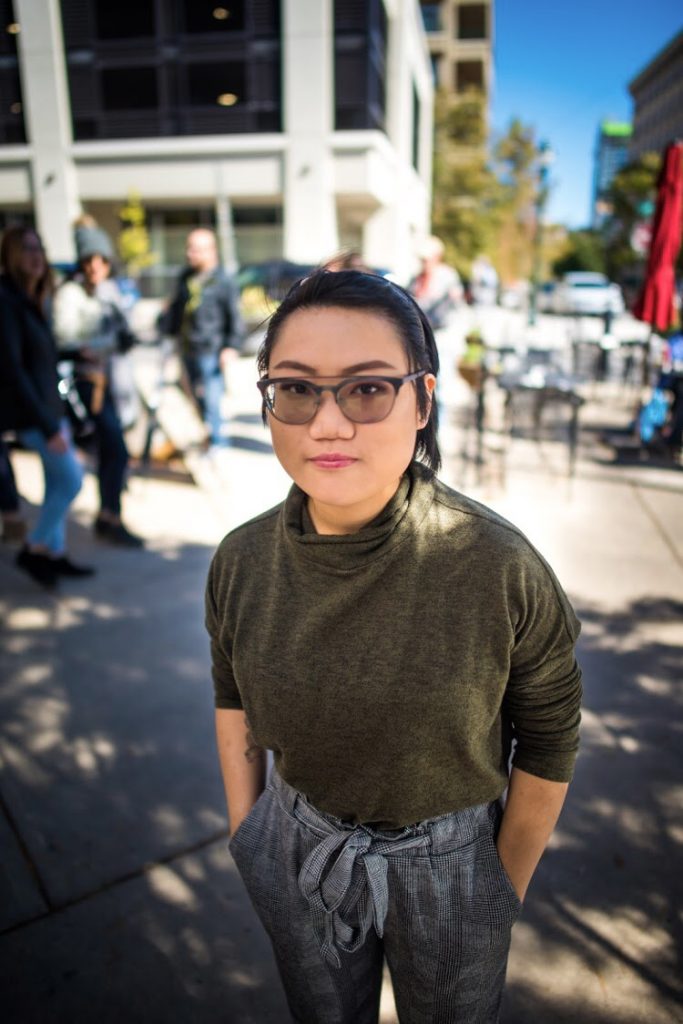 “Tell us next time someone calls you that,” My mother chimed, gentle but with a tinge of something sour in her voice. At that time, I was too young to take note of how she said “next time.”

“Next time” came much sooner than I would have thought.

Though it happened over 14 years ago, I can still recall the fuzzy outline of three blonde little girls crowding around me at the McDonald’s playground. This lot of children were a lot more persistent than other kids I had been around, not leaving when I said nothing and laughing at my confused stupor. So, I did what my mother said to and told my parents about the incident. They immediately wanted to get me away from public playgrounds and parks, telling me that I’d be better off playing at home, away from racist little girls who laughed when I cried.

Then “next time” came again, and again, and again, taking the shape of a different person and new words each time. I had stopped feeling confused when I was prodded and interrogated by other kids; at that point I just wanted to play in peace. I was tired and wanted to be a kid, and I wanted to stay on the playground: there was a nice indoor one with Orca murals that I couldn’t tear myself away from. So, my parents stopped hearing about these incidents.

When I entered public school, I was a year older and more indifferent to invasive questions that still made no sense. (I mean, it had practically been a century since I had first heard those questions and slurs a year ago, why didn’t I get it?). Like I had done since the century before, I said nothing about it. Unlike the century before, I had teachers watching me and my classmates, and they were much more vocal about these questions.

Should I be offended? I mean, it wasn’t like I didn’t have “eyes like quarter slots.” Did people owe me apologies for the things they had been saying to me? Did I have something to be ashamed of? As I went through elementary school, it quickly became clear that the portrait of the world that my parents painted for me wasn’t anything like the world I was living in. I felt like I couldn’t accept whatever they told me anymore because I would just be proven wrong again. 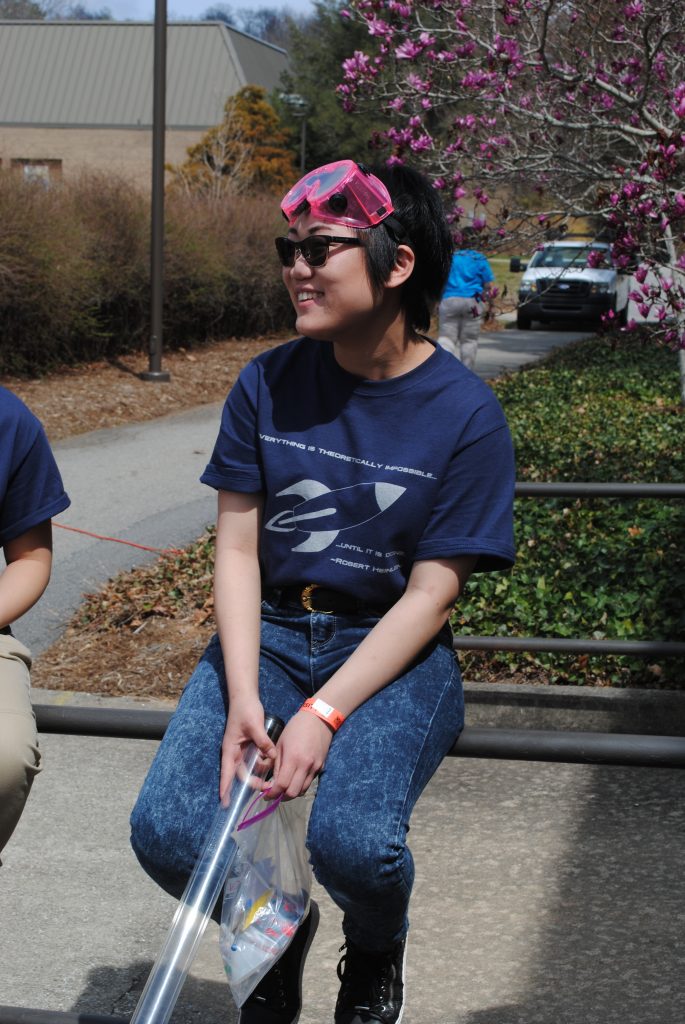 Every year, the questions and jeers were more blunt. People expected me to dress up as Mulan for Halloween or speak Chinese. When they asked me how my English was so good and I replied that I was a North Carolina native, they were visibly disappointed that I had nothing more interesting to say. That I wasn’t more exotic.

I soon realized that the kids calling me a chink and asking me how dog tasted weren’t misguided, curious children. They were alienating me and eventually it got to the point where I was petrified to talk to new kids.

Before school, I had known who I was. I knew where I fit in. Now, it was like I was that baby in a cardboard box again, having to relearn and reshape my life to figure it out, for myself this time. I would look in the mirror and see an anomaly, a glitch in the world I thought was so well designed, where everyone had a fixed role to play. Before, American and Chinese and yellow and white meant nothing. Now it meant everything.

I was too Westernized to identify with “traditional” Chinese American kids, and too Chinese to belong with anyone else. Even my home life felt different. When I came home from school, the family photos decorating the walls and tables looked wrong, my adopted sister and I sticking out like I had never seen before. Revelation came upon me on a hot summer’s day in my very conservative Southern grandma’s garden. All I wanted to do was go inside and watch something on television, not stand outside in her yard, but she was insistent on showing my sister and I some shrubs she had gotten.

China Girl Holly, the pots were labelled. I just saw a spray of sticks stabbed into dirt. “It’s Chinese, so I thought you’d like it. It reminds me of you,” My grandmother said, almost sounding proud. “I knew you’d just love a plant that’s from the same place as you.” I didn’t like it nor did I see any similarity between me and a shrub, but I accepted it with a smile. My sister got a matching shrub, which she later sat on our back porch with the intention of planting but never did.

China Girl Holly is quick-growing shrub that is short, but can grow to be huge and beautiful. The bushes are hardy in cold places and tolerant when the heat is too high for other plants to withstand. People want China Girl Holly bushes due to their bright little berries and ability to survive harsh climates but tend to trim them to keep them small because they didn’t expect something so little and mundane to take over half their garden. 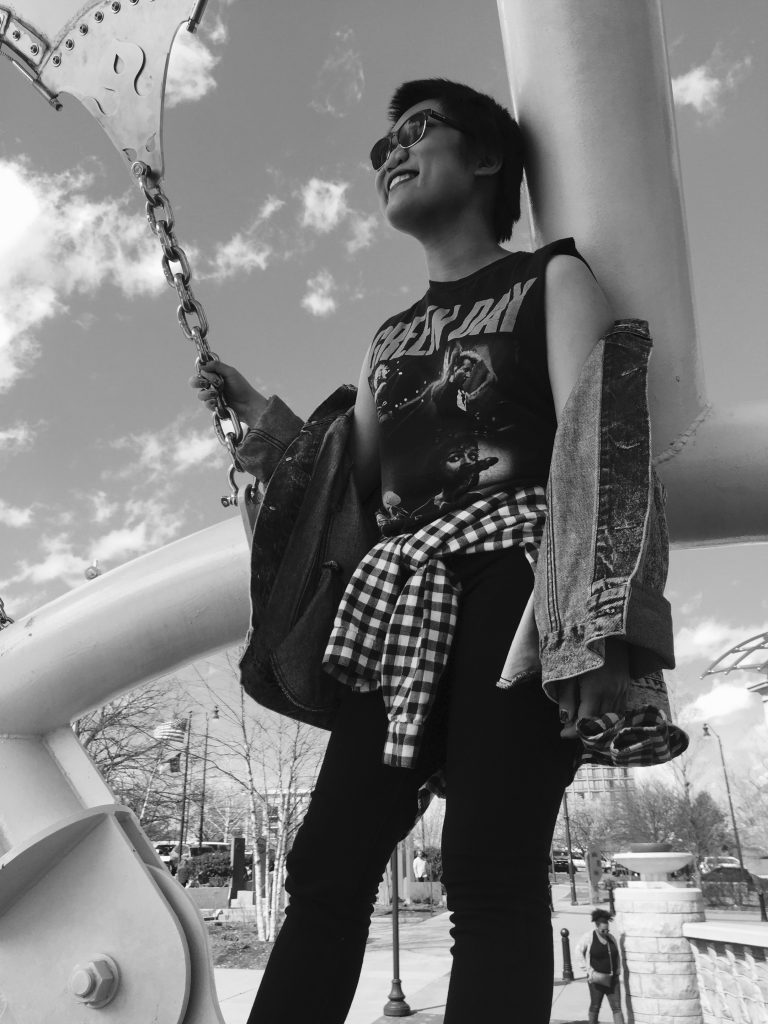 The China Girl Holly my sister had set out was left unattended for years yet it grew. Now it stands straight and proud and a little weathered, slowly inching its way up into the sky, where it can fly free as if it were in a picturesque garden, not growing between the cracked planks of old wooden stairs. Sometimes I think of that little bush and think that maybe my grandmother was right, in a strange sort of way. Perhaps I am a China Girl Holly: tolerant when the world around is undesirably cold, short and hardy, evergreen and toxic and capable of becoming something bigger than what people expect.

There are so many China Girl Holly bushes, so many girls like me who are supposed to be submissive and fetishized, cut down and trimmed to fit a particular mold. We are often expected accept these conditions with open arms, as if the world is a place where are roles are fixed and we can’t be repotted somewhere else, somewhere where we can become more. Though our leaves may look shiny and touchable, the ends are sharp. Despite our challenges, we keep inching closer to the sky.

There are so many like me, who spring up out of the dust and dirt and nothingness, growing even if we’re left to manage on our own. I think, despite all the wrong assumptions about who I am and who I’m going to be, I’ve found more of myself in that China Girl Holly, given from a place of misguided but kind intentions, than I have in a long time. I think that, perhaps, is a good thing.

About the Author: Aireonna “Arie” Lance was born in China in 2000 but adopted at six months by American parents. Having grown up in the mountains of North Carolina with an all-American family, Lance struggled to find a place to fit in as a Chinese American teen without the same cultural experience as her peers. Through her writing, Aireonna hopes to share compassion and understanding with anyone with a similar experience, or offer a new perspective to those who don’t.