After realizing that he has been neglecting his girlfriend because of his work, a Chinese programmer created a chatbot that replies to his partner’s messages instantaneously.

Li Kaixiang, a software engineer working for Chinese e-commerce company JD.com, created the program so that he could send sweet messages to his girlfriend while he is busy at work, according to Abacus News.

The plan worked out well in the beginning, but it suddenly trailed off when the girlfriend noticed that the person – or so she thought – she was speaking to replied rather quickly. But more importantly, the bot started sending messages that no normal person would write.

According to the report, the woman asked her boyfriend why he is suddenly answering messages so quickly. 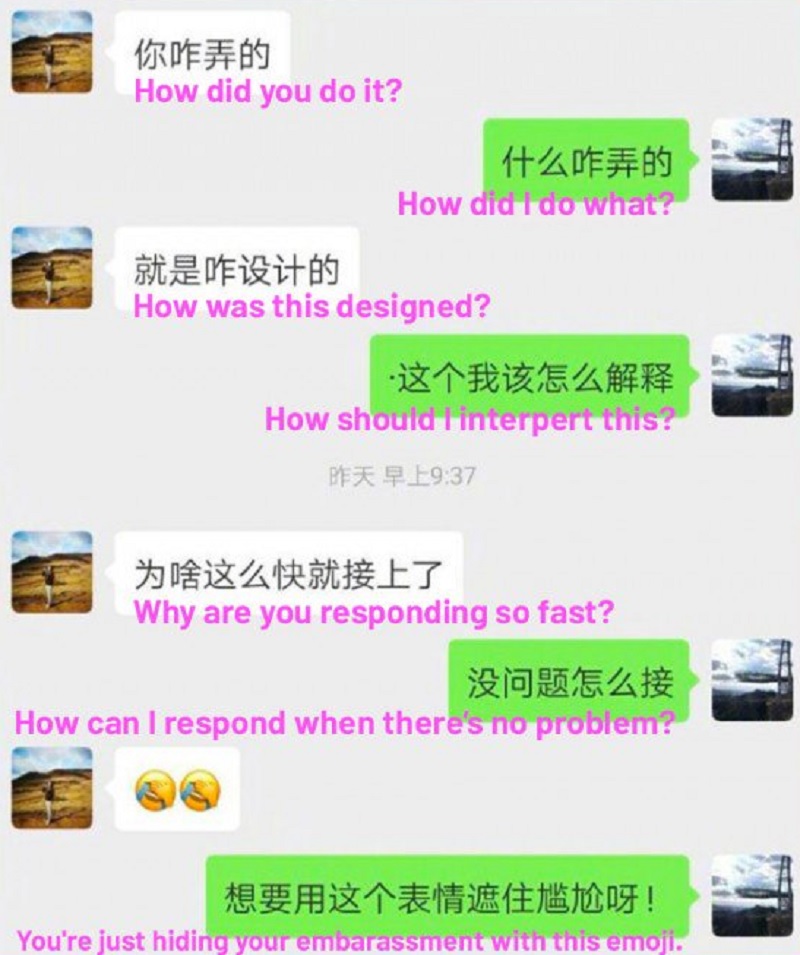 The chat, translated by Abacus News, shows the woman asking her “boyfriend” how he did it and how it was designed, but the script was designed to play dumb whenever the woman was asked about its existence.

Li said in his now-deleted Weibo post that he was surprised when he found out that his girlfriend had exchanged 300 messages with the bot by the time he finished his work.

It wasn’t exactly clear, however, if Li’s intention was to dupe his girlfriend into believing that he’s the one messaging her as the report noted that the software engineer’s Weibo account has been deleted.

Regardless, the exchange that his girlfriend had with the bot still went viral that one user even asked if he could send him the code of the program,.

However, another user expressed that the bot was more stimulating than an actual boyfriend.

“Is it really a boyfriend that I lack? What I lack is a chatbot,” said the user.