A 32-year-old suspect has been arrested and may face hate crime charges for assaulting a Filipino-American woman while riding the Caltrain in San Jose, California on Wednesday morning.

Mercury News reported the incident as being a sexual assault. The woman sent an exclusive video from the scene of the incident.

What happened: The woman, 26, who requested to be identified only as Tiffany, took the Caltrain at San Jose’s Diridon Station on Wednesday at around 6:30 a.m., according to KTVU.

So disturbing: #Caltrain spokeswoman says sexual assault occurred at 6:30a at #SanJose Diridon Station’s tunnel area. Victim is an Asian woman. Transit police believe it’s a hate crime because of what was said to her. Suspect arrested & taken to Santa Clara County jail. #ktvu

Aftermath: One of the bystanders who witnessed the assault stayed by the suspect until authorities arrived to arrest him. 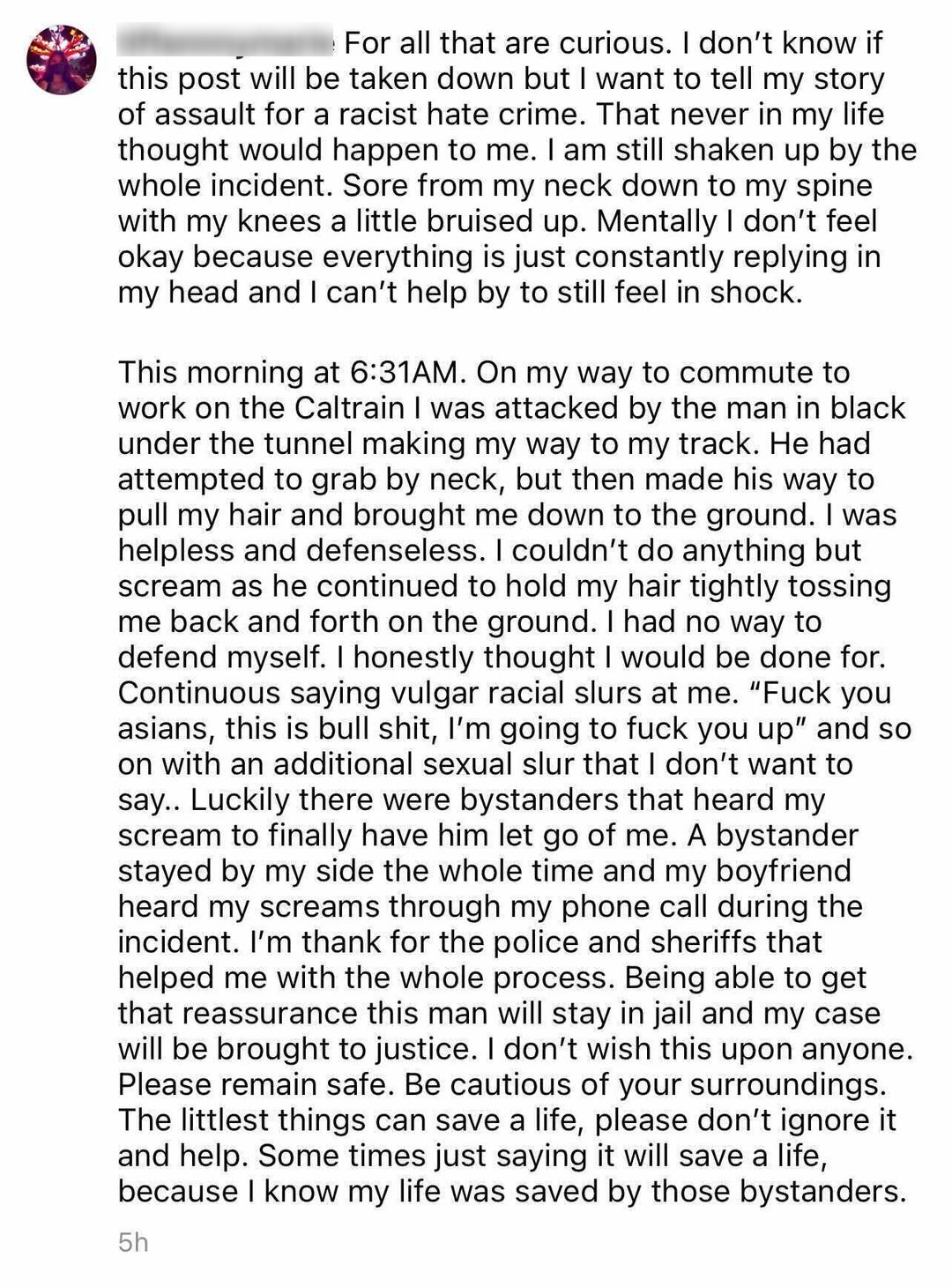 Do you have a hate incident to report? Help us document the recent rise in hate crimes against Asian Americans by going to STOP AAPI HATE to report an incident. Please stay safe out there.