The eastern Chinese city of Hangzhou asked its people earlier this month to help reduce the number of cicadas on the street, encouraging them to harvest the bugs for food.

China Central Television reported that the Landscape Department of Hangzhou asked the city’s 9 million residents last week to help control the large population of cicadas which have been causing too much damage to the vegetation.

“There are too many cicadas. Those who love eating them, please come and catch them,” the local government agency stated in their plea.

While some residents expressed that they were not keen on eating cicadas, others responded to the call accordingly and immediately began catching and eating the bugs. 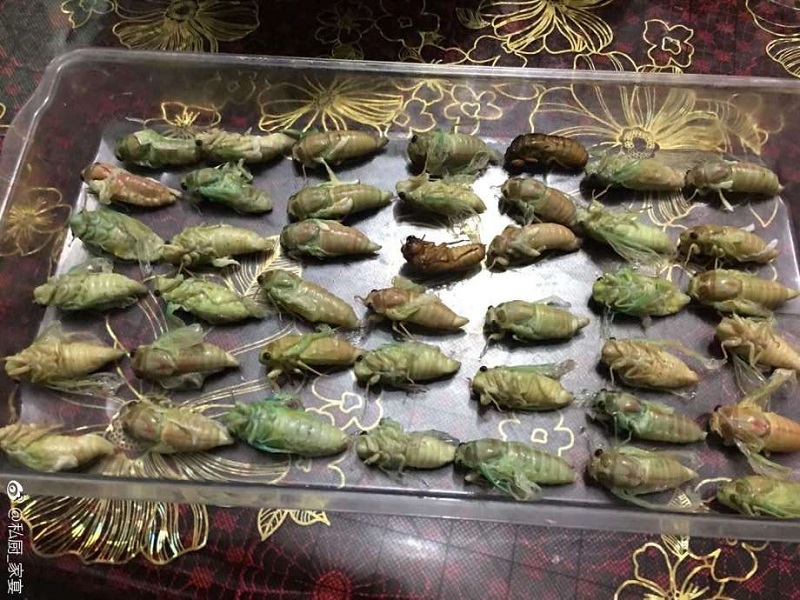 A food blogger from Hangzhou, who goes by the username “Private Dining,” uploaded videos of him catching and then cooking the insects, MailOnline reports.

In one clip, he can be seen deep-frying dozens of cicadas in a wok.

“Freshly fried cicadas, every one of them was alive. Too delicious!” he wrote.

According to the city’s urban greenery planning chief Sun Xiaoping, the cicadas’ overpopulation stems from the insects having “very few natural predators.”

“Cicadas can be killed by birds and mantises, but there aren’t a lot of mantises in this concrete city, so its biggest enemy would be us, humans,” Sun was quoted as saying.

The report added that a cicada, which can live up to five to six years, can lay about 100 eggs each time.

Fortunately, like many other edible bugs, the cicada is a healthy source of nutrients as it provides twice as much protein per 100 grams as meat and fish.

Insects such as cicadas are also rich in fat, calcium, iron, and zinc, according to a report published by the Food and Agriculture Organisation of the United Nations.