Qizai, the world’s only brown panda living in captivity, has been trying to “get it on” with his female panda friend but has so far failed to get lucky.

Believed to be the only living panda sporting white and brown fur, the 9-year-old giant panda was reportedly found abandoned by his mother at the age of 2.

Qizai is currently residing in the Foping Panda Valley of Shaanxi province, where his handlers have conducted their first attempt at having him mate naturally with another panda.

There are many pandas with some patches of brown fur, but Qizai stands out for having purely brown and white coloring overall. Qizai’s unique coloring is believed to a result of a genetic anomaly. His rare feature has prompted the research team at the nature reserve to find a suitable mate so he can produce some offspring, 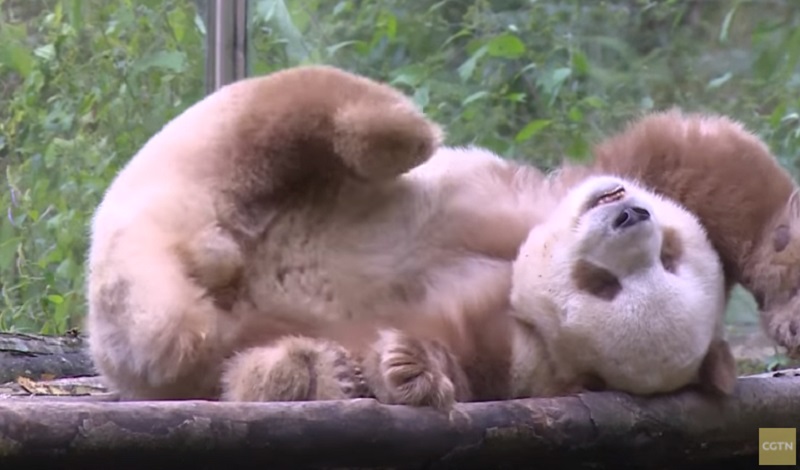 Qizai was paired with 18-year-old Zhuzhu, an “energetic” panda who has given birth to four healthy cubs in the past. In the hopes of allowing the two to naturally get comfortable with each other, the researchers placed them in neighboring enclosures back in June.

While the two initially showed interest toward each other, they failed to copulate despite trying several times, according to Global Times. 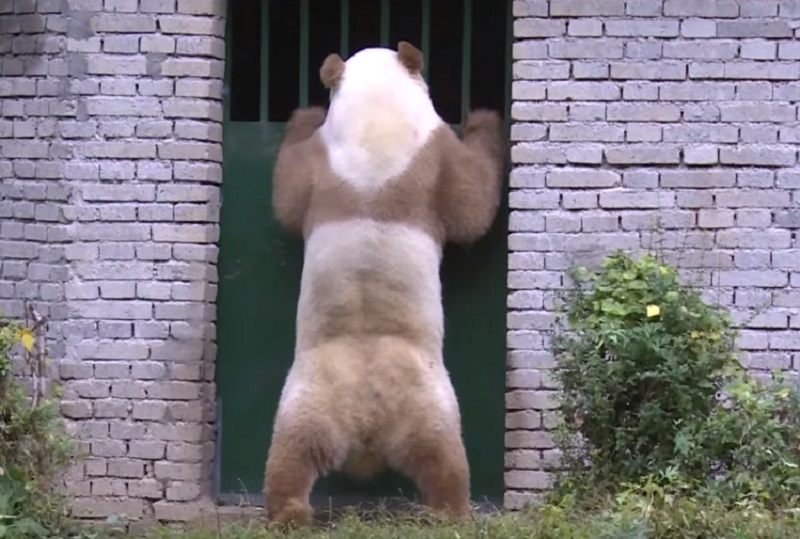 As female pandas go into heat between 12 to 25 days just once every year and only receptive to mating for about 24 to 36 hours during that span, Qizai eventually missed his window.

Left with very little options, the researchers then decided to artificially inseminate Zhuzhu with some of Qizai’s sperm.

The scientists are hoping the procedure will provide better results than previous attempts as four other pandas have already been artificially inseminated with Qizai’s sperm and none of them produced any offspring.