A trio of college students developed and designed a program that allows people to track how much they are spending on boba milk tea.

Boba Watch, now available for iOS and Android, emerged from a Facebook group called Subtle Asian Traits (SAT), where it has gone viral and has since then been downloaded thousands of times.

In his SAT post, Yang, 20, who spearheaded the project, noted that it “literally does nothing else except record your drink consumption,” which probably makes it the “highest-effort meme” coming out of the Facebook community. 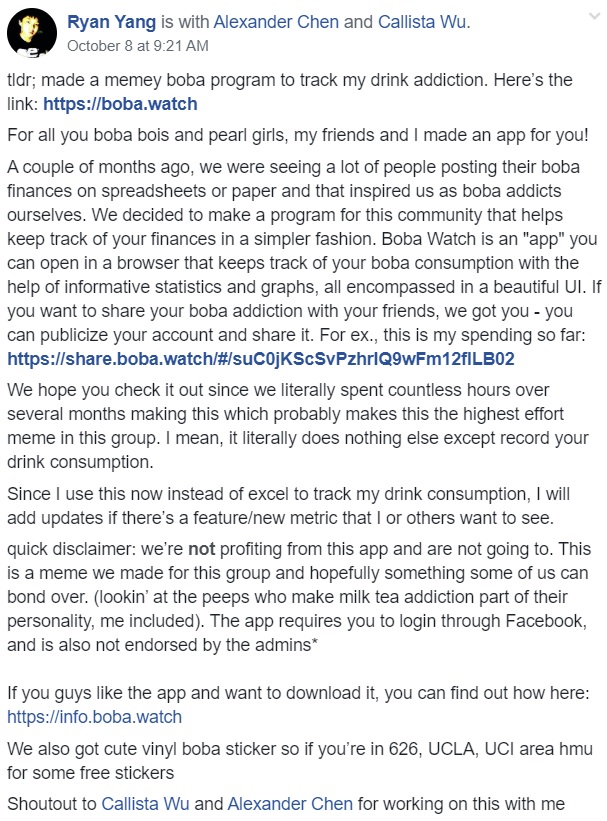 “For all you boba bois and pearl girls, my friends and I made an app for you!
A couple of months ago, we were seeing a lot of people posting their boba finances on spreadsheets or paper and that inspired us as boba addicts ourselves. We decided to make a program for this community that helps keep track of your finances in a simpler fashion. Boba Watch is an ‘app’ you can open in a browser that keeps track of your boba consumption with the help of informative statistics and graphs, all encompassed in a beautiful UI. If you want to share your boba addiction with your friends, we got you – you can publicize your account and share it. For ex., this is my spending so far: https://share.boba.watch/#/suC0jKScSvPzhrIQ9wFm12flLB02
We hope you check it out since we literally spent countless hours over several months making this which probably makes this the highest effort meme in this group. I mean, it literally does nothing else except record your drink consumption.
Since I use this now instead of excel to track my drink consumption, I will add updates if there’s a feature/new metric that I or others want to see.

quick disclaimer: we’re not profiting from this app and are not going to. This is a meme we made for this group and hopefully something some of us can bond over. (lookin’ at the peeps who make milk tea addiction part of their personality, me included). The app requires you to login through Facebook, and is also not endorsed by the admins*

If you guys like the app and want to download it, you can find out how here: https://info.boba.watch

We also got cute vinyl boba sticker so if you’re in 626, UCLA, UCI area hmu for some free stickers.
Shoutout to Callista Wu and Alexander Chen for working on this with me.”

Hours after the app’s release, the trio spoke with NextShark to tell us more about their work, which happens to be a more sophisticated version of a “weird flexing” fad on boba spending that made rounds on SAT earlier this year. 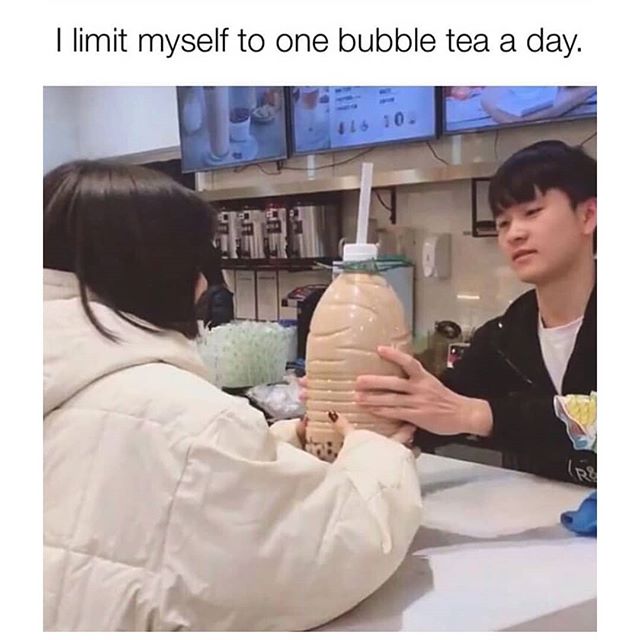 “A bunch of people on SAT were posting how much money they spent on boba each month, but they were just writing it down on paper and posting a picture of that,” co-developer Chen, 21, recalls. “We thought it would be way more visually appealing and enjoyable to keep track of your expenses in an app and be able to share it digitally.”

The group started working on the app around late March as an entry for a hackathon at UCLA.

“Similarly, Callista and I started a boba Instagram page together where we post boba drinks [and] we get to see how much we drink,” Yang adds. “All of this combined with the hackathon coming up at UCLA ended up with the idea for Boba Watch. We never built Boba Watch with the sole intention of being a financial app. The idea itself is pretty meme-y and going super over-the-top with the execution really cements the idea that it’s for fun.”

Despite having no prior ads, the app managed to garner thousands of downloads on its first day of going live.

“It exploded at the start,” Yang says. “We had so much traffic going on that we were initially scared of having high server costs. Within the first 48 minutes of going live, we had over 800 unique hits with 500 registered users.”

“In terms of actual metrics, that’s 500 people who have logged in with their Facebook accounts,” Yang adds. “We had a constant stream of 300 to 600 unique hits every hour, which ended the first day with about 2,300 registered users.

“If you were to look at this from a corporate perspective, it’s actually fairly small, but the difference is that we released this with no prior marketing material, no sources of pushing this and we actually have a pretty small niche audience. Given the 3,000 likes at that time, a turn of 2,300 registered users was a pretty high turnout.”

According to Chen, Yang and Wu are “definitely” addicted to boba, though he loves it “but don’t drink it too often.”

“I do have a sort of addiction where it’s almost a part of my identity,” Yang admits. “However, I do also get Starbucks a lot because of the free Wi-Fi and I tend to do a lot of my work there. I’m not trying to speed-run life so I try not to drink more than one sweet drink a day. Recently, my boba watch profile has been more filled with Starbucks drinks, but I 100% prefer boba over Starbucks. It’s just a matter of where I study.”

Wu, 20, says Boba Watch is the perfect solution to keep her addiction in check.

“For Boba Watch, my goal was to create a pleasant experience so that users would be motivated to keep updating their expenses on the app and share their statistics with friends,” she says. “I drink an insane amount of boba so I definitely wanted to create something that would track how much I was spending and even have statistical evidence to compare how bad my addiction was with those of my friends.”

While all the months that went with the project are part of what makes it a meme, the developers — Yang in particular — explained that time was necessary to ensure the program’s safety.

“We developed this in late March and almost abandoned it but I kept working on this for several months,” Yang says. “It took that long because I wanted to make sure there were NO security vulnerabilities. People would be logging their own private data and have the option to open up part of it if they would like. It’s important that our app is safe for all of our users. At the end of the day, we’re not making something for ourselves, it’s for the community that I’ve been a part of.”

Needless to say, Boba Watch is a fun stepping stone for the young creators.

“I’m a psychobiology major at UCLA. I’m a pre-medical student, but in addition to my academic interests, I’ve always had a passion for design and looked to it as a creative outlet,” Wu says. “I have design experience in all mediums, but have recently worked as a UI/UX designer and really enjoy finding the balance between creating an attractive design but also have well-functioning features.” 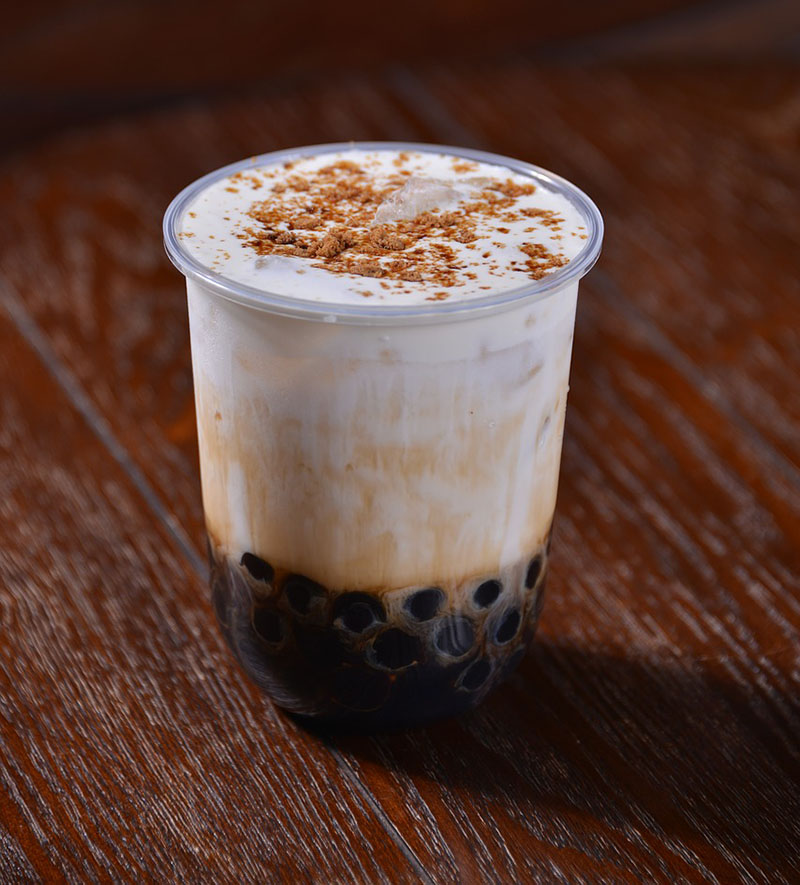 “This whole thing has been pretty exciting for me, so I definitely do want to do more things like this,” Chen says. “We were thinking about new features we could potentially add to the app, but at this point, I’m not sure how much more I want to add to the project, since it was originally intended as a meme and not an ongoing project that would need to be maintained. Since I’ve always wanted to try something a little entrepreneurial and this is the first time where one of the side project apps I worked on is getting a good amount of active users, I’m pretty motivated to develop more software on my own. After graduating, I’m planning on working as a software engineer at a tech company, but continue to do fun side projects like this that might have the potential to grow into something larger.”