When you look at 29-year-old Bi Nguyen, aka "Killer Bee," you would never know the hardships she has had to endure during her life.

When you look at 29-year-old Bi “Killer Bee” Nguyen, you would never know the hardships she has had to endure during her life.

She is a professional mixed martial artist for Asia-based ONE Championship. However, on the road to becoming a beacon of hope, Nguyen experienced mental and physical abuse.

Still, through it all, Nguyen has been able to turn a mess into her message, and martial arts played a significant role in her resurgence.

The abuse lasted for four years and was perpetrated by a former boyfriend. At 15 years old, Nguyen moved away from her family in California to live with a friend in Houston, Texas. On her own for the first time, she began a relationship with the individual who would ultimately damage her mentally and physically. 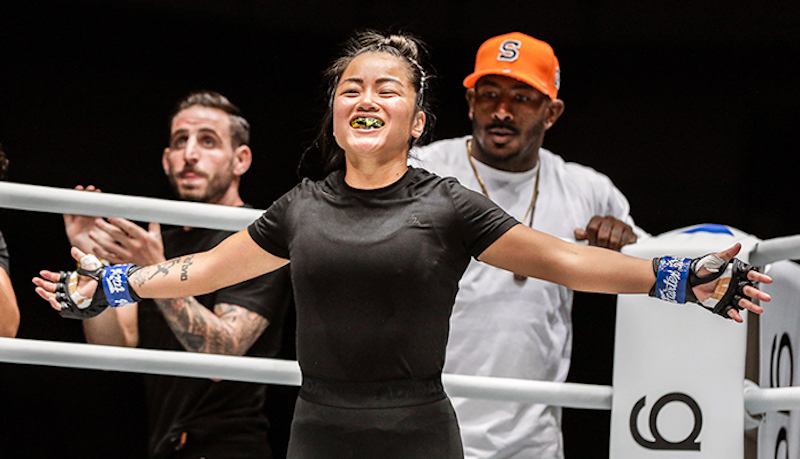 Rather than hold in her pain, Nguyen speaks openly about the experiences she has overcome. She aims to offer hope to people who might be mired in the same kind of destructive lifestyle.

“If you can just imagine taking verbal and physical abuse, it means having to hold in everything you want to say and holding back on everything I wanted to do physically,” Nguyen said.

“Everything that I wanted to do, I had to hold in. I was non-existent. I had no friends, I had no family, I was just a shell of myself.”

Thankfully, Nguyen’s torment ended when her ex-boyfriend was brought to justice for the crimes he committed against her. Were it not for local police and the legal system, on the whole, Nguyen doesn’t know if she would have been strong enough to break away.

As horrible as the abuse was to endure, and as much of a relief was provided by the ex-boyfriend’s incarceration, his absence created another challenge for Nguyen. She’d now have to fend for herself financially, and because Nguyen fell into the relationship at such an early age, it was tough for her to find her way. 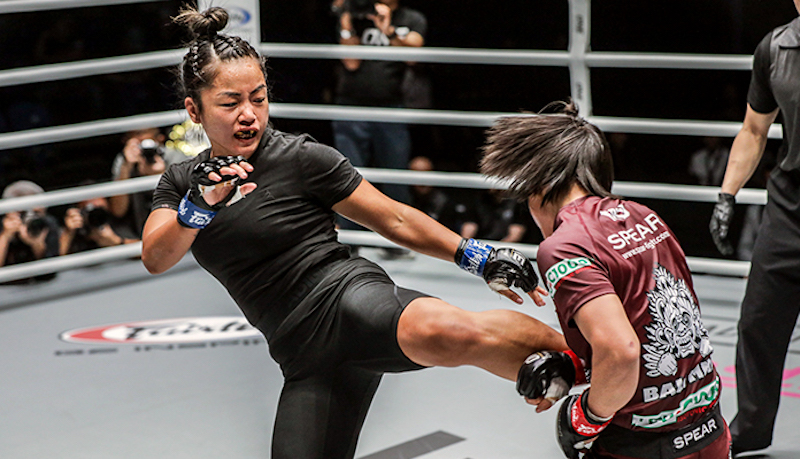 It was a tough and scary time, but martial arts helped her find balance and a professional purpose. Specifically, her martial arts journey began with Muay Thai classes.

Getting a handle on martial arts was empowering for Nguyen, and that bit of independence was what she needed.

“I took a Muay Thai class sort of for self-defense, but also for empowerment – trying to find my way,” Nguyen says.

“Hitting the bags, physically, is incomparable. It’s what the doctor ordered for sure. It was just perfect – exactly what I was looking for at the time, and it still is.”

Stress relievers are a real thing, and the martial arts training Nguyen participated in not only allowed her to release some energy but the talent that surfaced helped to boost her self-esteem and sense of self-worth.

Perhaps most importantly, it made her passionate about something.

After the practice sessions unearthed her hidden talents, Nguyen began to pursue a career in martial arts.

Her transformation from Muay Thai to mixed martial arts has been a quick one. She has a professional record of 5-4, but every bout she has been in has been competitive. 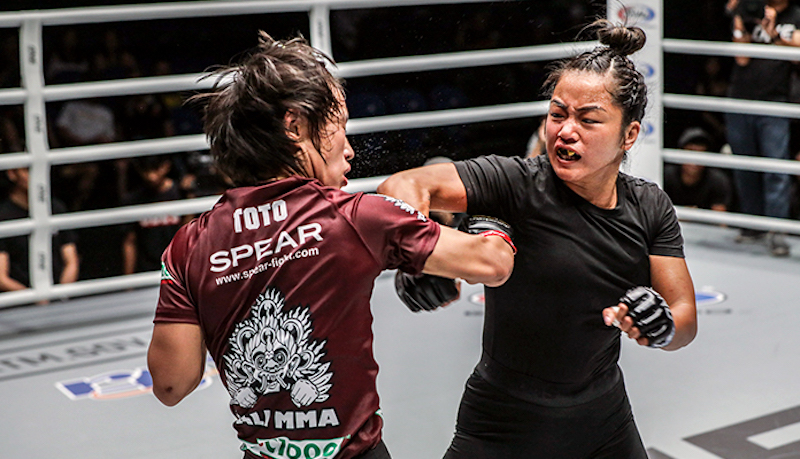 At this point, her record and competitive success are secondary. Nguyen has already won the biggest fight of her life.

“Martial arts has been a big part of [my recovery], but it’s been a long journey. It definitely helped give me the building blocks and the confidence that made me who I am today,” Nguyen says.

“It’s not a piece of paper with directions. It’s, ‘Hey, do something you’re scared of, do something that you think you couldn’t do.’ I went straight for mixed martial arts, which 4-foot-11 Asian women were not supposed to do.

Somewhere, there is a person stuck in this same situation Nguyen overcame. Hopefully, Nguyen’s rise helps to inspire them to escape. Perhaps there is someone who has ascended out of this prison of sorts, but they have been hesitant to tell their story to others. Maybe Nguyen’s openness can ignite other survivors to share their testimonies too.

“It’s pretty incredible, and it never gets old for me to talk about,” Nguyen says.

“I’m never worried or insecure speaking about my domestic abuse experiences because now I own it. Now I’ve turned my pain into power. I want other women to be able to do it as well. I am a woman that used to get beat physically – day in and day out – and now I am a powerful mixed martial artist in the biggest promotion in the world, and fearlessly speaking out about it. It’s pretty incredible,” Nguyen concluded.

Yes, it certainly is.

Images via ONE Championship