A revolting video recently emerged on social media featuring a group of begpackers (travelers who ask for handouts to fund their travels) using a real baby as a prop during a bizarre “street performance” in Kuala Lumpur, Malaysia. 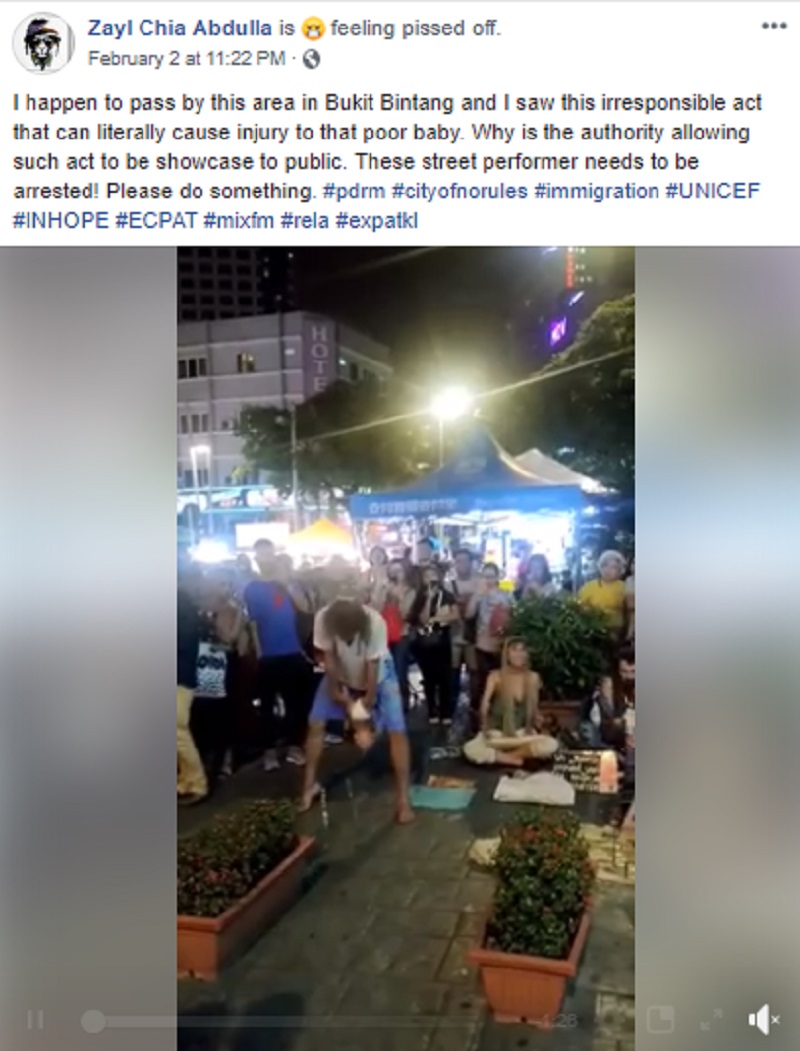 Facebook user, Zayl Chia Abdulla captured the tourists on film doing the inexplicable act in the streets of Bukit Bintang and uploaded the clip on Saturday.

“I happen to pass by this area in Bukit Bintang and I saw this irresponsible act that can literally cause injury to that poor baby. Why is the authority allowing such act to be showcased in public. These street performers need to be arrested! Please do something. #pdrm #cityofnorules #immigration #UNICEF #INHOPE #ECPAT #mixfm #rela #expatkl,” Abdulla wrote.

A male foreigner used the baby as a prop, dangerously swinging the infant by the legs in different directions. A ‘band’ playing tribal music can be seen behind him while a sign in front of them read, “We are traveling around the world (illegible) music (illegible).”

“The man is shockingly seen holding the baby’s legs and swinging it around vigorously for over a minute. The baby does not seem to be crying or upset but it could be because it is in a state of shock,” one netizen pointed out.

“I think it may be best that the police deal with this matter. I don’t think we want foreigners abusing their children for money in Malaysia. They should be removed,” another one commented.

On Monday, Malaysian authorities announced that the Russian couple seen in the clip has been arrested after the public brought the incident to their attention.

The couple, who arrived in Kuala Lumpur via Thailand on Friday, would be remanded on Tuesday.