The road to “Crazy Rich Asians” was not always smooth for Nora Lum — especially when one learns of her struggles to become the Awkwafina we know today.

In an inspiring tweet on Sunday, the 29-year-old star recalled how she went from making $9 an hour at a vegan bodega to becoming part of the highly-anticipated Asian American picture since “The Joy Luck Club.”

Thank you guys for believing in Awkwafina. pic.twitter.com/DDuhE5ZQf2

“In 2012, I put a video called My Vag on YouTube, knowing that it probably wouldn’t do well – and it would make me the laughing stock of every job interview ever. I wrote a song called NYC Bitches while making $9/hr at a vegan bodega. After it went on YouTube, a man came in asked if I was Awkwafina – it made me so happy.

Awkwafina went on to remember the email of her life, though what came out of it was not exactly game-changing.

“One day, I got the email of my life. An A&R exec at a major record label wanted to meet with me. I listened to ‘Dreams’ by Fleetwood Mac on the way to the meeting.

“He listened to two of my songs and never called again.”

Five years later, little did Awkwafina know that she would be walking on the emerald carpet of “Crazy Rich Asians.”

“Five years later, I’m in an Escalade in a gown, driving down Hollywood Bvd that they shut down for ‘Crazy Rich Asians.’

“And I asked the driver to for the aux to play ‘Dreams’ by Fleetwood Mac. I became teary, thinking about this moment, what it meant.”

“But we need to take risks. We need to go broke. We need to prove them wrong, simply by not giving up.”

“Awkwafina wasn’t supposed to exist, but somehow she does.

“And I think about it everyday, that she was born for one reason only — to show every person out there, that it is possible.”

Awkwafina’s heartfelt tweet has received thousands of likes and retweets, with personalities praising her determination to succeed.

Needless to say, many have been inspired by her touching words: 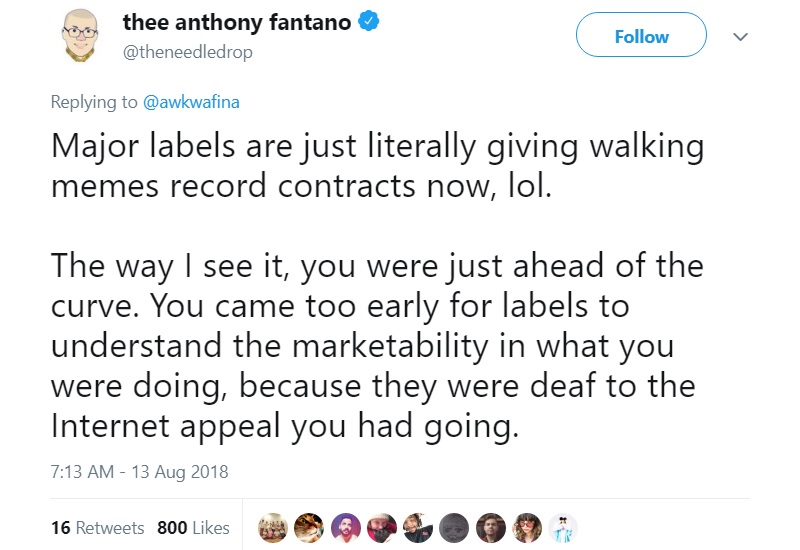 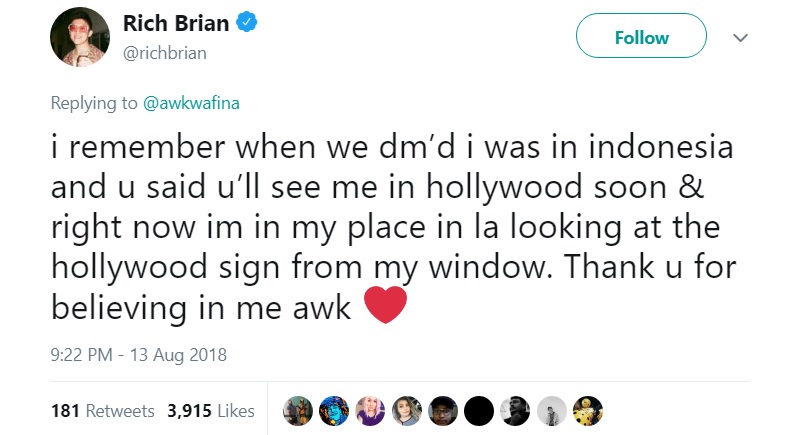 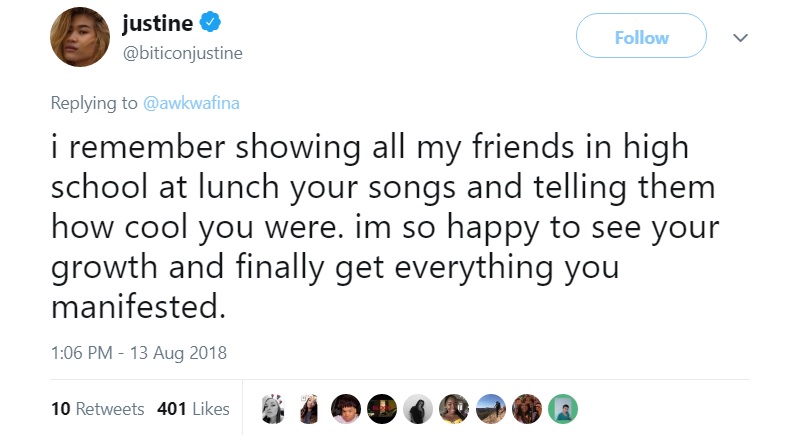 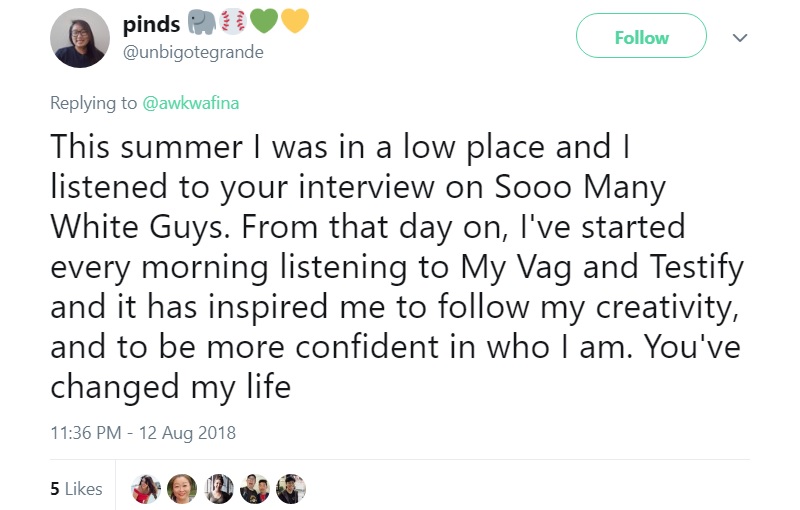 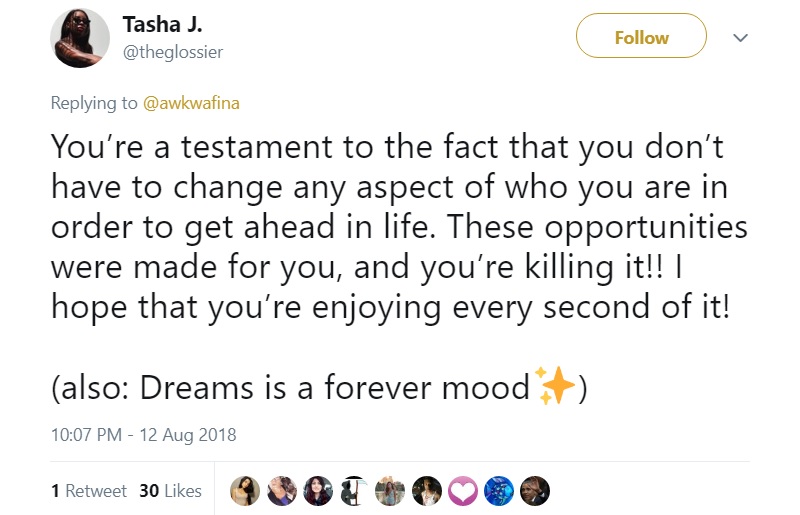 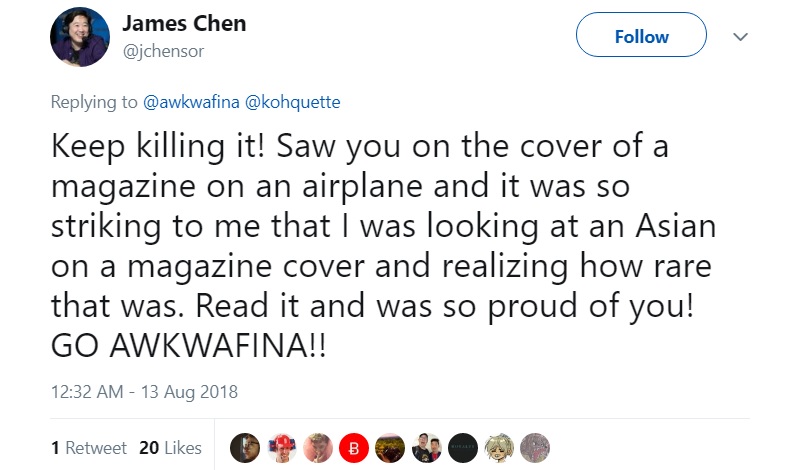 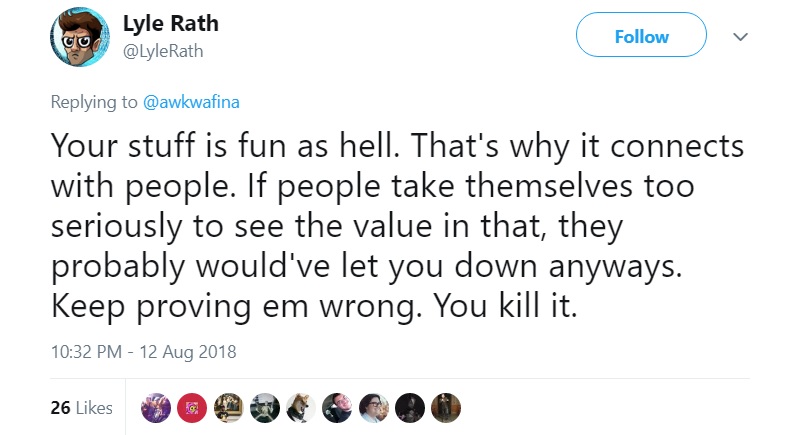 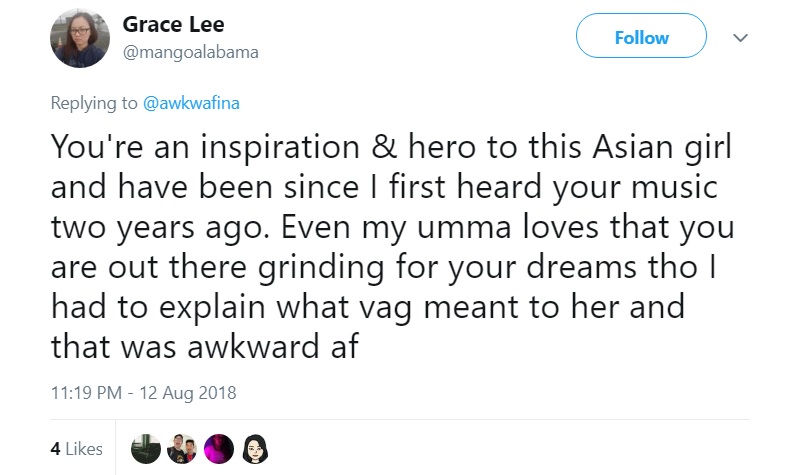 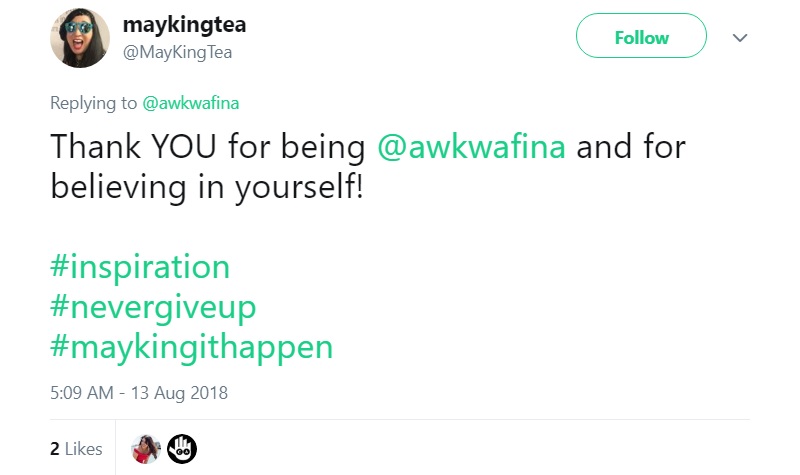