Mixed martial arts is an immensely popular sport on a global scale. Just like professional basketball, football, and soccer, it’s a mainstream sport with fans from all demographics. It’s one of the fastest rising sports today.

According to various studies, the mixed martial arts industry as a whole is worth roughly over $7 billion, perhaps even more. It has a strong presence in digital and traditional media, particularly in social media, where it experiences exponential organic growth. Between 2017 and 2019, the interest in the sport hit an all-time high.

In the United States, organizations such as the UFC have popularized mixed martial arts by taking a sensationalist approach to promoting the sport. As a result, athletes such as Irish superstar Conor McGregor, Mexican-American Nate Diaz, and controversial light heavyweight Jon Jones have become household names.

One organization, however, is looking to revolutionize the mixed martial arts industry in America by introducing what it refers to as the “true values of martial arts” and it’s “real-life martial arts heroes.” 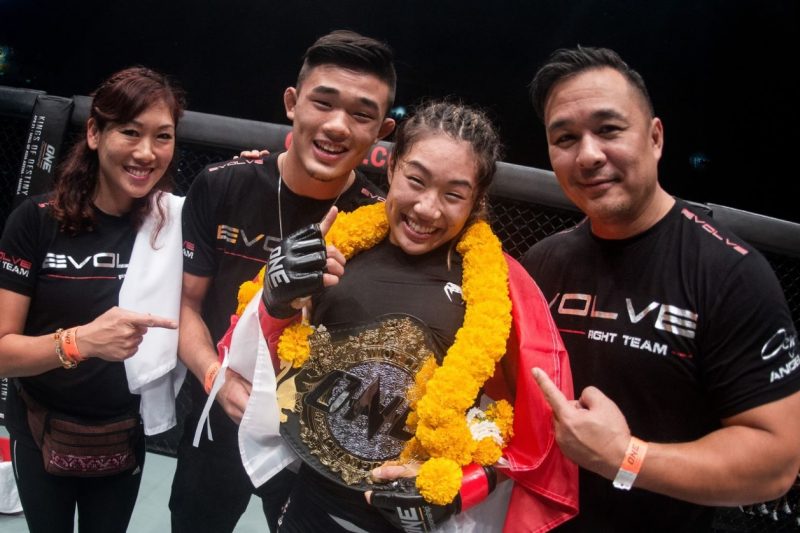 ONE Championship, the leading martial arts organization in Asia, has recently opened offices in Los Angeles and New York to bring their unique brand of martial arts closer to the mainstream American audience.

To those who follow the sport closely, the organization’s success should come as no surprise.

ONE has enjoyed viewership of up to 2.6 billion worldwide for the past few years, with television deals and broadcast partnerships in over 140 countries, integration with social media and streaming platforms such as YouTube, Facebook, and Twitter, as well as its own mobile app which offers its live events at no cost to the consumer. ONE’s global footprint is nothing short of massive.

Late last year, ONE announced a deal with U.S. broadcast giant Turner. This brought ONE’s events to the mainstream via TNT and subscription-based digital platform B/R Live. This was a massive move by ONE in further extending their growing influence in the continental US. Whereas the UFC and ONE operated in a global duopoly over the past few years, ONE’s move into the US means it now directly competes with the UFC.

But what sets ONE apart? 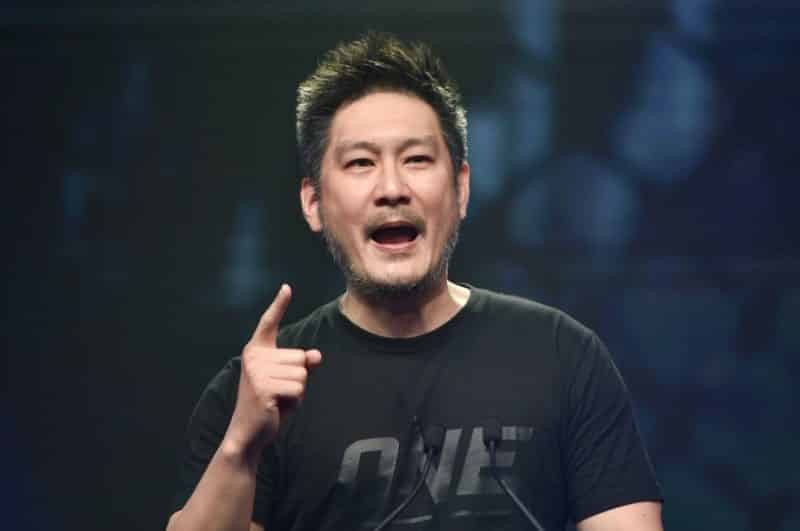 According to the organization’s CEO Chatri Sityodtong, it’s ONE’s focus on the true values of martial arts and his belief in Asian martial arts heroes who serve as role models for society.

“ONE is a celebration of Asia’s greatest cultural treasure, and its deep-rooted Asian values of integrity, humility, honor, respect, courage, discipline, and compassion,” said Sityodtong. “I am confident that the American audience will love our formula of values, heroes, and stories. It’s refreshing, unlike anything available in America right now in terms of our values in martial arts.”

This is particularly exciting news for Asian-American communities in the United States who crave strong representation in mixed martial arts. Take the Filipino-American community for example, who have wildly supported boxing legend Manny Pacquiao in his rise from extreme poverty to becoming a legendary eight-division boxing world champion.

Pacquiao’s meteoric rise was in large part due to his inspirational life story. The Filipino icon has been celebrated for his authenticity, proper decorum, and professional approach to fighting. Asian-American communities in the US got behind it a hundred percent. 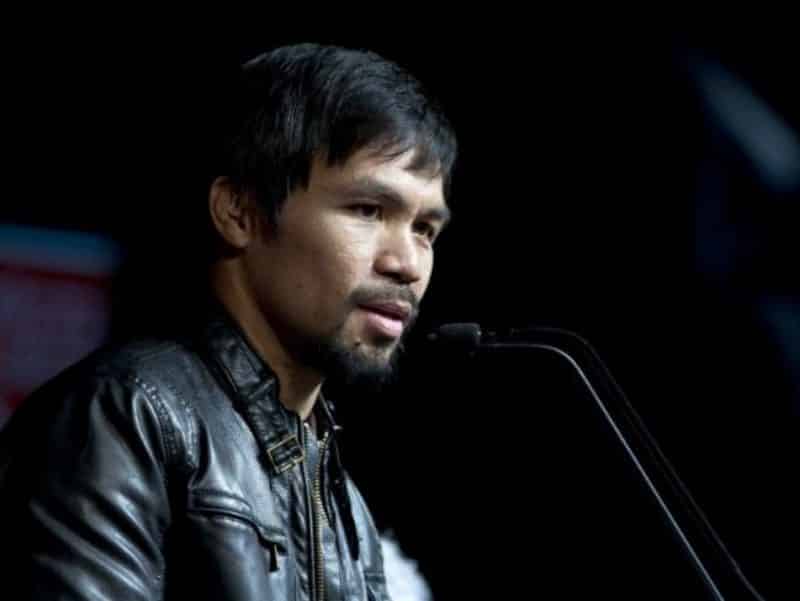 In the same vein, ONE’s focus on developing its elite athlete roster from the grassroots has proven fruitful. Its talent pool consists mainly of Asian athletes from countries such as the Philippines, Myanmar, Singapore, Thailand, and the like. Each athlete is celebrated in such a way that highlights overcoming adversity. Each has a unique story to tell, and it’s incredibly inspiring.

Talents such as the Philippines’ Eduard Folayang, who rose from hardship to become a two-time lightweight world champion, Aung La N Sang, who unifies his home country of Myanmar every time he competes, and Stamp Fairtex, a Thai woman who at age 21 is already a world champion in both Kickboxing and Muay Thai, are prime examples of ONE’s exceptional roster.

According to Sityodtong, this is in stark contrast to what’s currently offered in America. 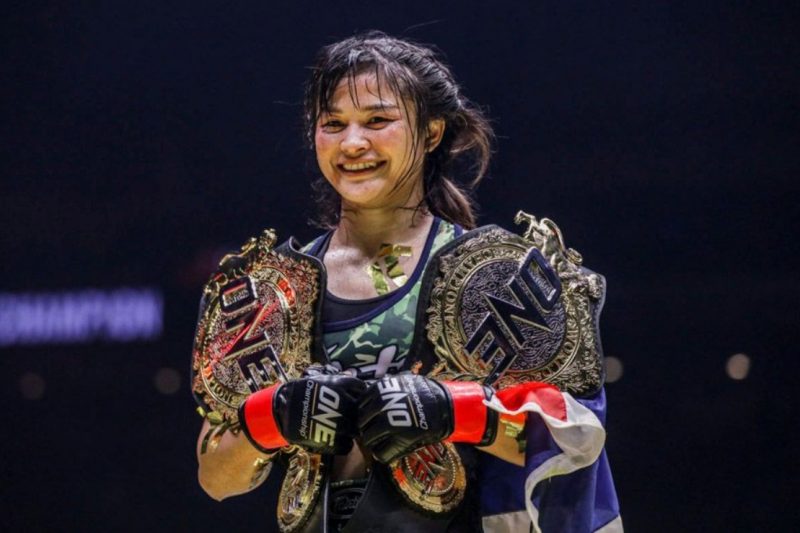 “Absolutely anyone can embrace ONE Championship. That’s not something we can say for all martial arts promotions in the West,” said Sityodtong. “It’s the complete opposite of what American fans are used to. We’re championing positivity and inspiration. The reality is ONE Championship is something the whole family can enjoy.”

Perhaps this is exactly what the mixed martial arts industry needs to take it to the next level – a total shift, a different flavor. In just a little over a month, fans in the U.S. will have the chance to witness ONE’s brand of sports entertainment live for the first time on TNT.

Split into a morning event (broadcast live in the United States) and an evening event, “Century” is poised to be the single biggest world championship martial arts event in history. No other organization has ever attempted to throw two full-scale world championship events on the same day.

The show is set to feature over 28 world champions across various martial arts.

“That’s what American fans will witness for the first time in history in this massive double-header, world champions across all martial arts.”

Sityodtong hopes that by bringing its Asian heroes to the United States, he can affect a positive change in the sport. With ONE entering the American market, the future looks bright for mixed martial arts as a whole.