How Asian Men Get Lured Into The Toxic ‘Incel Community’

Editor’s Note: Eric Trinh Chu is an educator from San Francisco. The opinions expressed in this piece are solely his own.

There isn’t much I find surprising about the news of Alek Minassian’s terrorist attack, or of his self-proclaimed idea of an “incel rebellion.” What surprises me is how much I see my younger-self staring back at me.

When I look up Minassian’s self-identified community, the incels (or involuntary celibates), I recognize their rage. In their posts, I see the seething fatalism and deep sense of victimhood I held as a young pre-teen.

We were a group of middle-school boys who occupied “the outcast corner.” We were fat, or short, or never looked people in the eye when we spoke. And we wanted girlfriends just as much as we hated the boys who dated them. 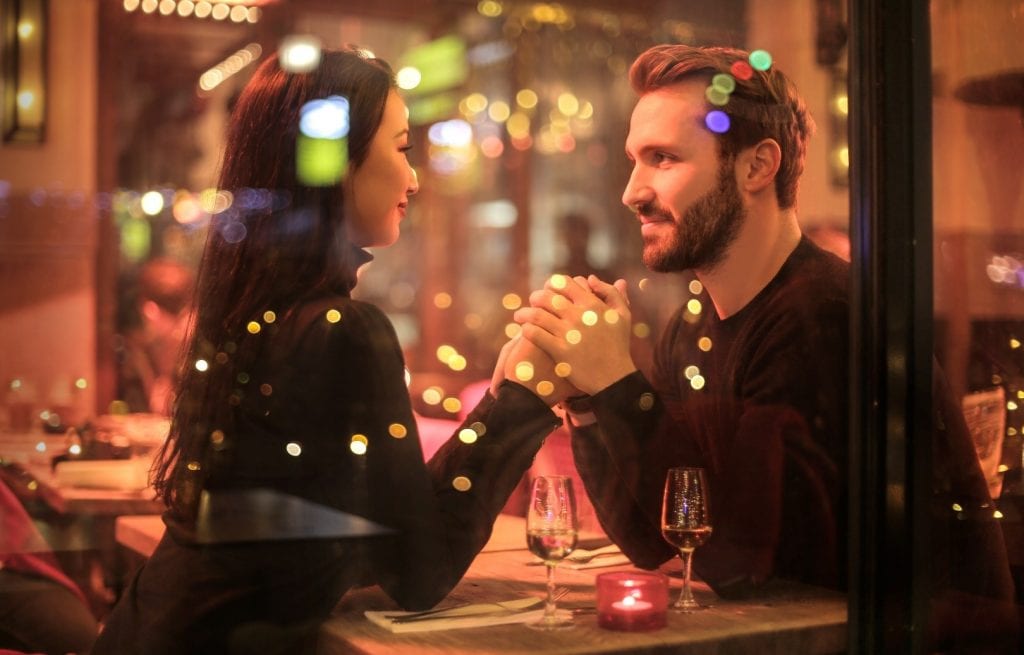 When we weren’t sabotaging each other’s romantic attempts, we would mock each other’s hopes and dreams. Getting a girlfriend would earn an instant ban from the group.

We were young incels — long before the term was in vogue. Long before our fantasies of vengeful, violent, absolute domination would be carried out in real life by grown men.

We were also all Asian-American boys. Yes, my middle-school was heavily Asian-American, yet only a small group of us boys were self-styled outcasts. But I believe young westernized men of Asian descent can be especially vulnerable to incel ideology because of the way race, nationality, and masculinity interact. Here are my thoughts:

Within the incel community, individuals self-identity with terms such as mentalcel (unable to secure relationships due to mental illness or insecurity), blackcel, or even wristcel (unable to secure relationships for having a thin wrist). Height, weight, penis size and ethnic background are common characteristics used to justify involuntary celibacy. Under this community language habit, individuals are encouraged to see themselves as a collection of undesirable parts rather than a cohesive whole.

As an Asian-American, I already see myself as a collection of disparate parts. My everyday social interaction requires me to think about how I show up in different spaces: am I being “too Asian” for my non-Asian friends? Too Americanized for my older relatives or relatives from Asia? What parts of me make me desirable in which contexts? A westernized Asian will likely feel a keen sense of being caught between worlds, of always judging which parts of themself will be valued as they navigate between cultures. The language of “-cel” division can hijack this process, enticing us to see our many parts as isolated and undesirable. 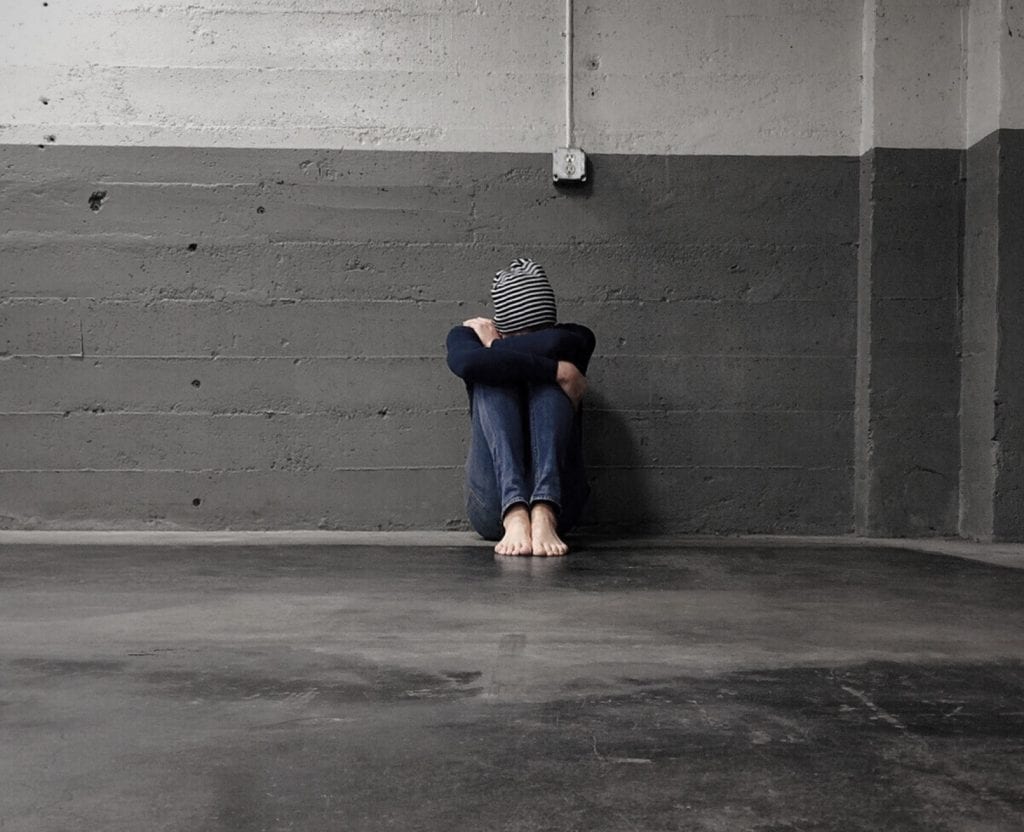 2. Incels demand silence on the topics Asian men are already taught to be silent about. This silence breeds shame.

Men typically do not write about their sex lives online because it can feel like bragging. Namely, many of the terms we use to talk about sex—bone, smash, hit, etc, evoke a narrative of masculine sexual domination. Most, if not all, incel communities consider bragging about sexual encounters a bannable offense. As the incels.me rules page states, “keep your successful romantic and sexual experiences to yourself, even if they happened a long time ago.” If men talking about sex is seen as bragging by default, there is no room for talking about the emotional, vulnerable experience of sex. 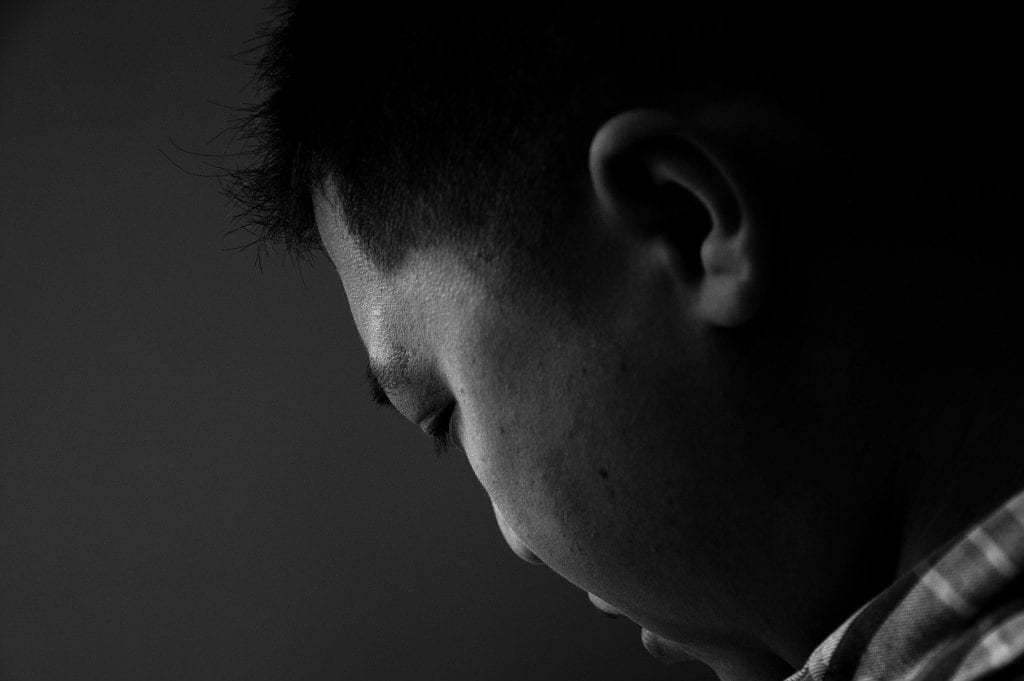 In my family, we did not talk about sex, period. No one gave me “The Talk.” If my mother mentioned dating at all, it was to remind me to date only after finishing college. I and my band of middle-school misfits never learned to talk about relationships openly or in healthy ways. Also, as Asian boys routinely emasculated by Western media, we craved access to forms of dominant masculinities portrayed on TV. We spoke of sex as an act of domination, as a quest for self-satisfaction; we spoke of girlfriends as status symbols. We sought to become the men we were told we could not be without questioning whether it was good to become that kind of man in the first place.

This is exactly the kind of thinking that incel discourse feeds into and off of.

3. Incels explicitly discourage positive mental health, which Asian-Americans are already unlikely to seek help for. According to a national study, Asian-Americans are three times less likely than whites and half as likely as the general U.S population to seek mental health services. In my family, I was explicitly told not to speak of family issues to my high school counselors and other mentor figures. The concept of saving-face, of keeping one’s troubles within the family, is so strongly embedded in Asian cultures that seeking mental health support outside of the family can be unthinkable. 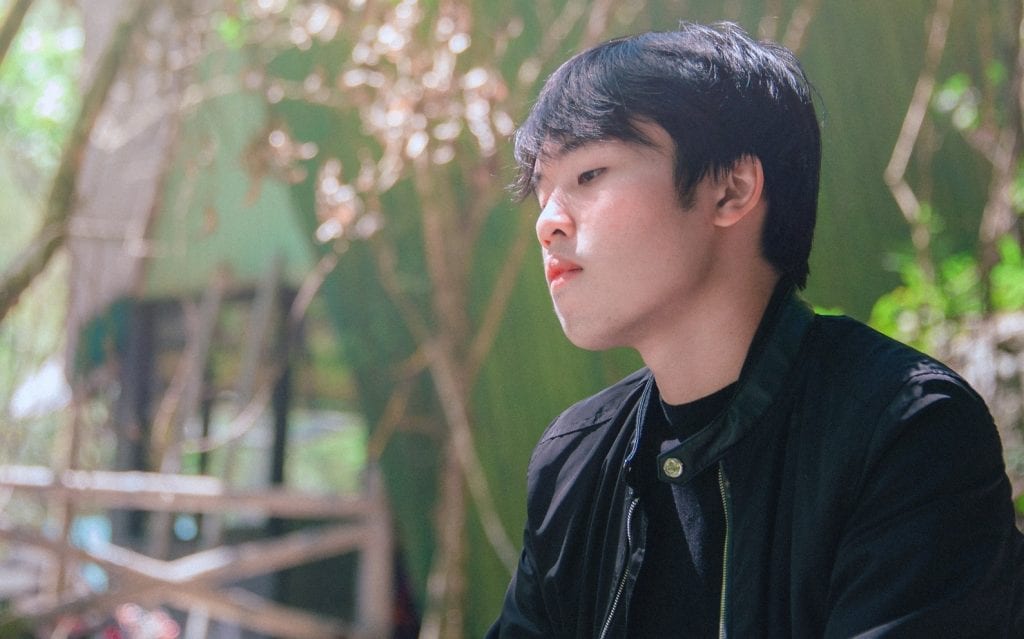 So, for a young westernized Asian man who feels emasculated and romantically undesirable, who hasn’t learned to seek a robust and diverse support network, where can he turn? He has used up all the emotional labor of his friends, often women, upon whom he depends for emotional support even as he knows they are just as busy as he is, if not more. He does not want to, maybe cannot afford, or finds himself ill-prepared to seek mental health services. He turns to his web browser to consult the manosphere, or a loose collection of online communities dedicated to discussing the woes of modern men. He finds certain strategies. But many of these strategies are the products of virulently misogynist ideas. Strategies that a world where feminism is growing in prominence will not tolerate. Our young Asian man finds himself feeling hopeless and bitter.

Incel is where he ends up. Incels categorize the manosphere into three broad categories—redpill, bluepill, and blackpill. Redpill is the ideology behind communities like pickup artists that advise men on how to “win the game that is seduction and interactions in general.” Bluepill is the antithesis of redpill, the idea that “being yourself is the best way to conduct yourself in life.” Blackpill is a rejection of its sibling ideologies; it is the nihilistic belief fueling incels that “the game is rigged from the start, that being attractive is far more important than personality or techniques. [Thus, it is pointless to try any form of self-improvement].”

Bluepill ideology is explicitly banned or heavily disparaged among incel communities. In other words, incels reject the idea that their personalities are worth improving. Even suggesting therapy is considered “an overused platitude” to incels, and one user referred to his therapist as “someone I pay to tell me what I want to hear.” Incel ideology trivializes what should be the desire to seek mental health support — to heal and improve as a person — as well as the work of mental health professionals. To a young westernized Asian man, incel ideology is a dangerous trap that can appeal to his insecurities, convert his frustrations to rage and nihilism, and dissuade him from seeking the mental health support he needs.

We need to address the deep wounds we deal to our boys before they become vulnerable to incel ideology:

1. If you are part of an Asian family, speak up against the many ways we shame and compartmentalize ourselves.

Being a westernized Asian does not mean we have to pick one or the other — fatherland or motherland, West or East, America or Asia. Speak up when your family or your community tries to commit anyone of Asian descent to a narrow category.

Speak up against body-shaming and narrow conceptions of gender. Yes, I’m aware that is our Asian sisters who take the brunt of body-shaming from our elders. But if you hear uncle teasing your brother for having delicate emotions, or if you know your long-haired cousin hates it when his parents nag him to get a haircut, say something. I know it can be hard to speak up, especially against your elders. But our boys deserve to grow into adults who can accept themselves in whole. 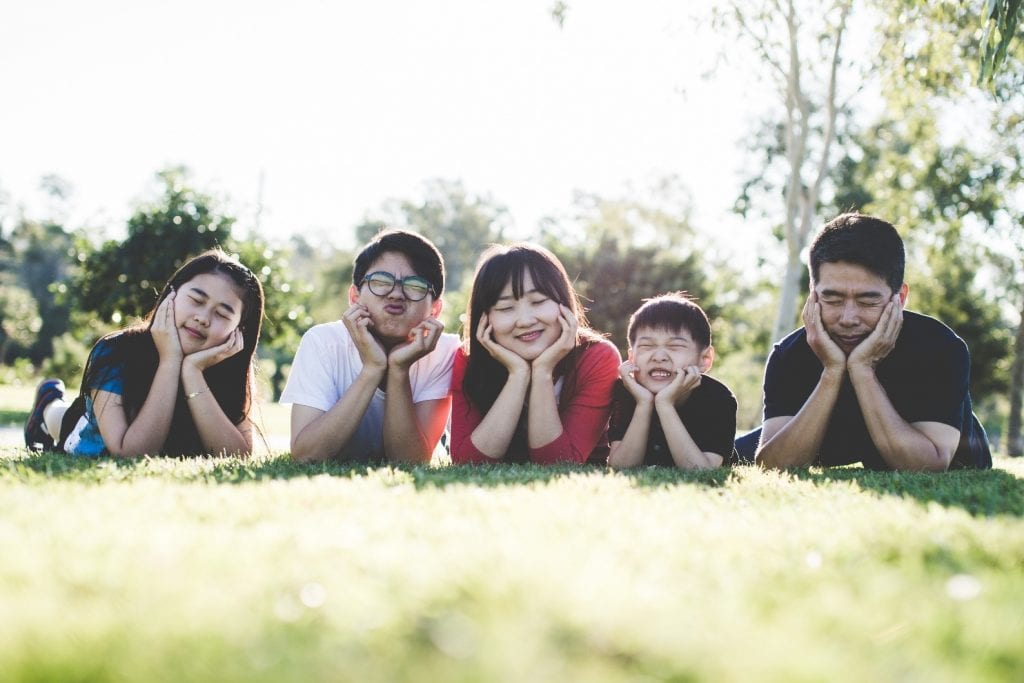 2. Foster a culture where men can talk about their sex lives openly and without shame in a way that isn’t just bragging.

Easier said than done, right? One way we can do this is by encouraging men to own their desire. Right now, men’s sexuality discourse revolves around shame. Men are afraid that talking about our desires makes us creeps, so we use language that absolves us of responsibility. For example, “she was hot” rather than “I find her hot” shifts the locus of desire and the burden of responsibility onto the body of a woman.

If we want men to talk about sex as more than just bragging rights, then we have to allow men to talk about relationships in ways that are seen as “effeminate.” In other words, we need to stop punishing men who speak about the emotional, vulnerable experience of relating to others.

3. Teach boys that mental health is a process worth a lifetime of commitment. And to rely on others beyond just family and friends for support.

Westernized Asian men have to deal with the confusing ways masculinity interacts with racial, national, and sexual identity. I’m sure other men of color experience parallel struggles. We need to teach men, ideally when they are boys, strategies to reach out to mentor figures outside of family and peers. That mentor can be a trained mental health professional or just another active member of the community. What’s important is that we raise men who are dedicated to the ongoing process of maintaining mental health. Therapy may not work for everyone, but therapeutically trained individuals and practices should inform the way various institutions respond to the needs of people carrying trauma.

In my teenage years, I was lucky enough to meet wise, loving, and profoundly supportive mentors. They helped me gain perspective. My social ineptitude was a perfectly normal part of the awkwardness of growing up. Hell, I’m still awkward and still growing up. Perspective and commitment to healing my insecurities saved me from becoming an incel.

Young boys on the path to nihilism, especially boys of color with our unique and complex challenges, deserve mentorship and support. Before it’s too late. 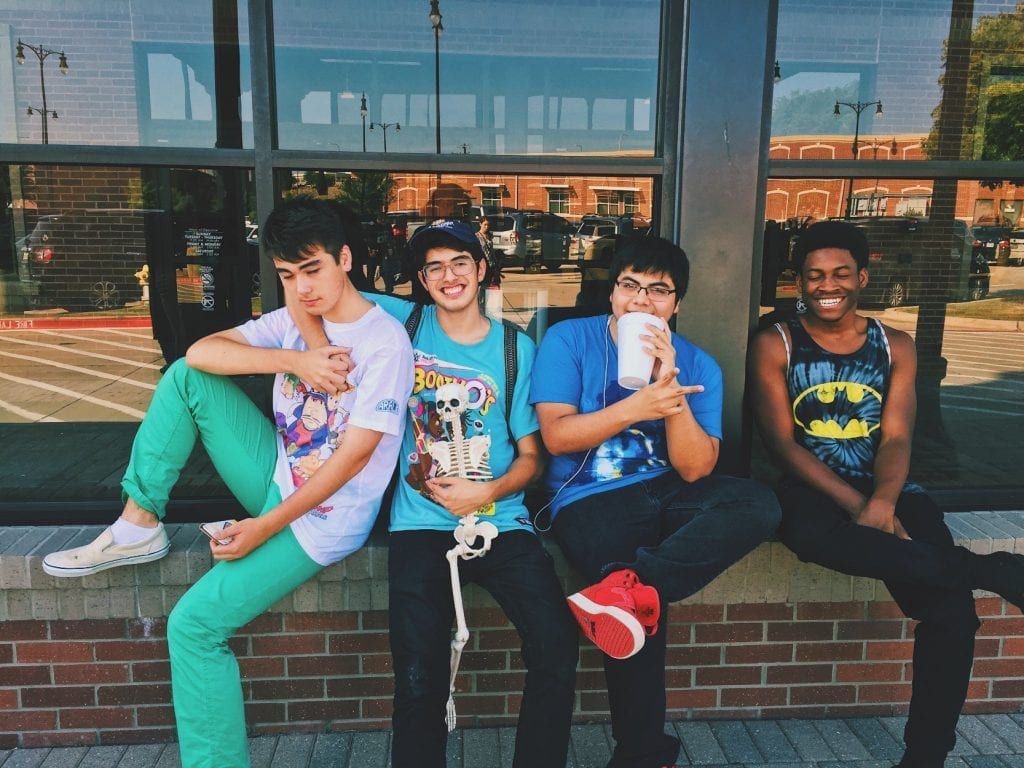 About the Author: Eric Trinh Chu is an educator from San Francisco. He will be attending a master’s in creative writing in the fall. He hopes to teach again in the future.