The Asian man who doused far-right activist Tommy Robinson with a milkshake has started to receive death threats following the incident in England on Thursday.

The scene, which was caught in a now-viral video, saw 23-year-old Danyal Mahmud shower English Defence League (EDL) founder Tommy Robinson with his milkshake after getting “annoyed” of being pursued during a walk in Warrington, Cheshire.

How was my man so casual 😂

🎶 Tommy Robinson’s milkshake brings all the boys to the yard 🎶 pic.twitter.com/M1sYUyp02w

Robinson, whose real name is Stephen Yaxley-Lennon, seeks to become a Member of the European Parliament (MEP) for the northwest of England. He is a well-known Islamophobe with an extensive criminal record.

“He just kept talking to me. I kept moving location. I was the only Asian guy there. I said to him I do not wish to speak to you on or off camera. I just got annoyed with him. A milkshake ‘slipped’ out of my hand,” Mahmud told Asian Image. 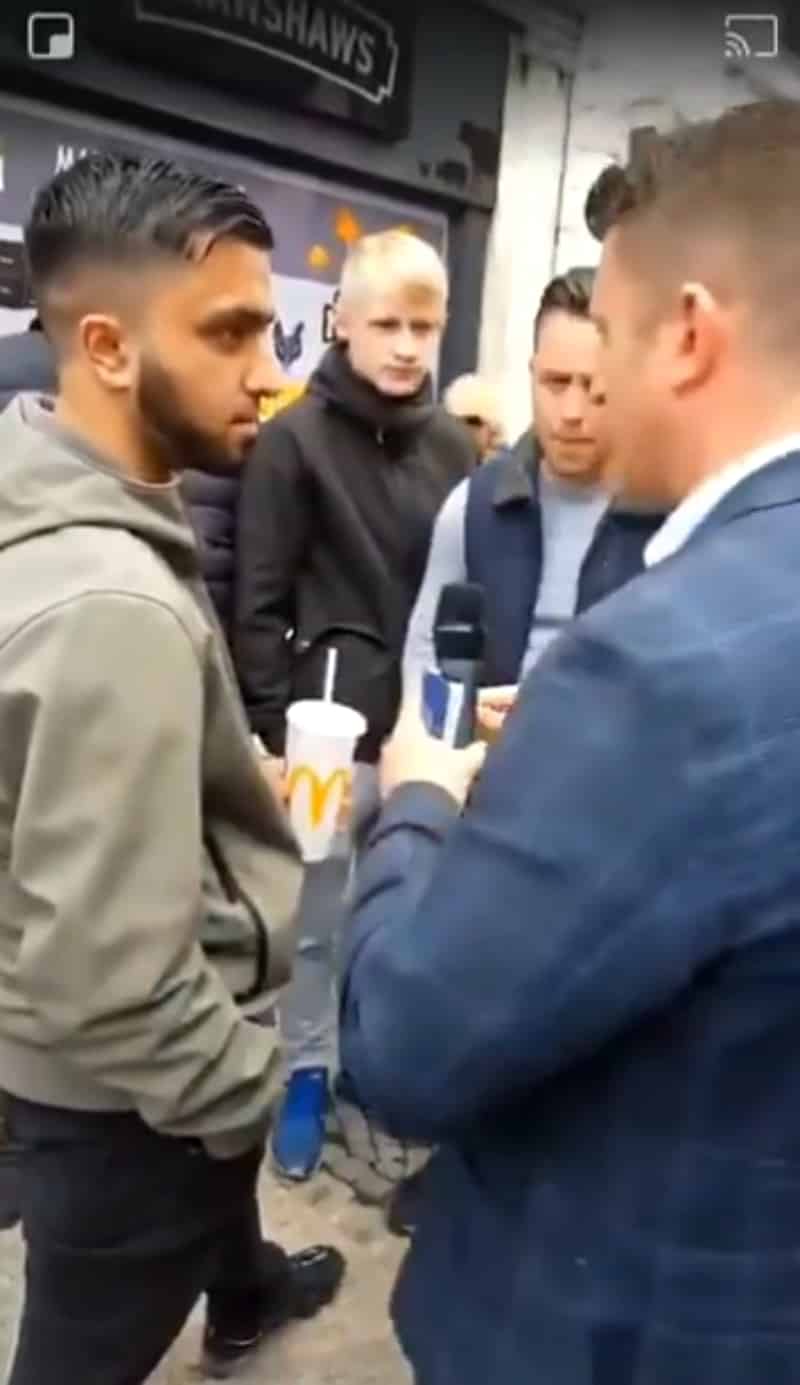 Mahmud, an apprentice customer services adviser, was about to meet an occupational health therapist that day. Along his way, he met a group planning to protest Robinson’s visit in the area.

“This local councillor … was there with the UAF [Unite Against Fascism] and he explained to me that Tommy was coming in to the town, that he was standing as MEP and that they were going to tell him he wasn’t welcome. I had the day off and some time before my meeting and he asked me to join them, so I did,” Mahmud told The Observer.

The 23-year-old admitted to calling Robinson “scum” along with other protesters, but argued that Robinson’s supporters were “really aggressive.” They allegedly called him a racial slur, “pedophile” and “terrorist.”

“The first time he [Robinson] approached me, he asked me if I thought he was racist and I said: yeah,” Mahmud said. “Then he says: ‘do you know 80% of grooming gangs are Muslim?’ I go to him, ‘that’s a false statistic there, what about White paedophiles? Why are they not called Christian grooming gangs?’ – and then he goes off on one.” 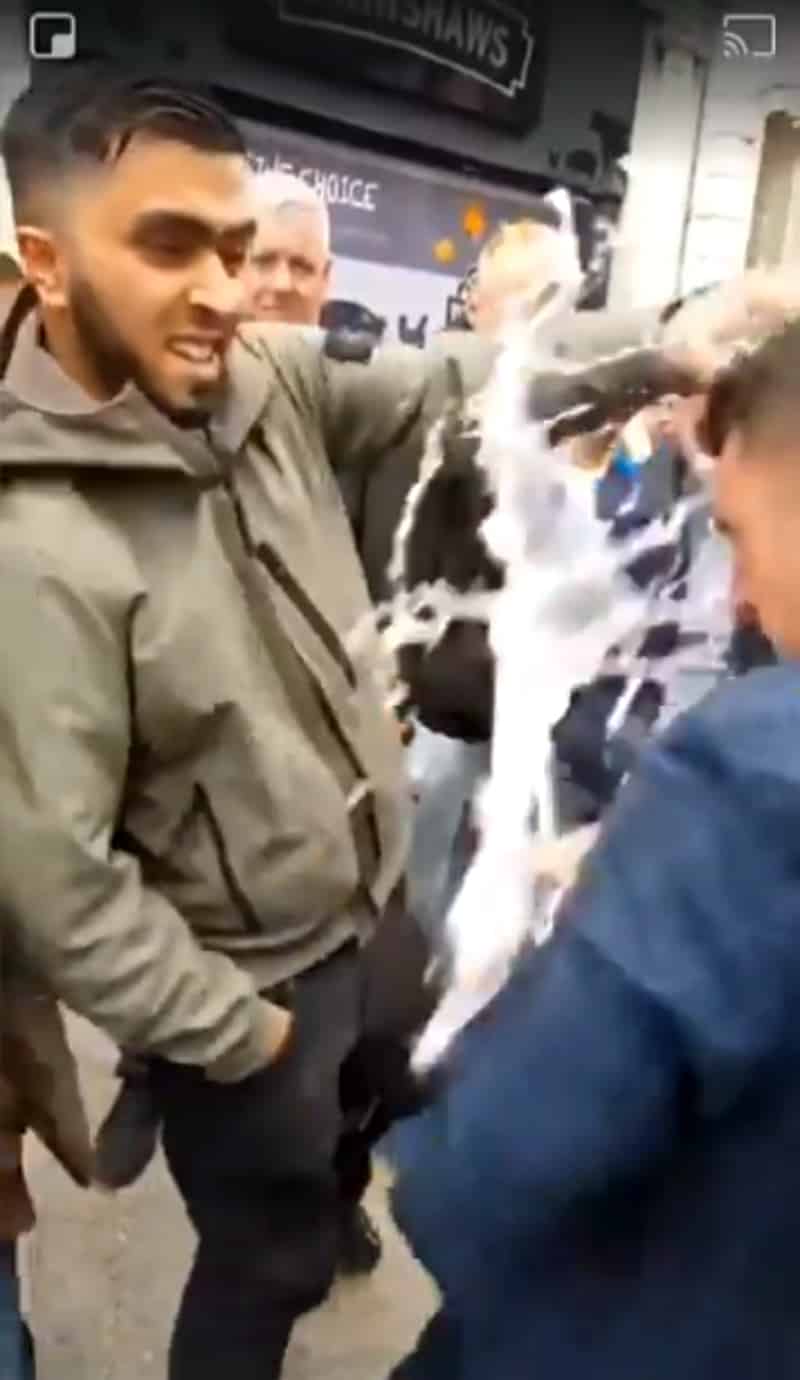 Mahmud eventually left the area with a UAF member and a warning from the police to call emergency if anyone followed him. He expected that the area would be clear by late afternoon, but upon his return — and to his horror — Robinson and his entourage were there for him.

“They came running after me. At that point I was scared for my life,” Mahmud recalled. “I looked calm but I knew that I was going to get beaten whatever the outcome was. He said I’d assaulted a woman, which wasn’t true. He said that I was aggressive and I couldn’t do shit so I just threw the milkshake in his face and ducked.”

After the ruckus, Mahmud went home and later to the hospital to have some bruises, cuts and a minor head injury treated. People took photos of him there, and since then, he has been worried for himself and his family.

“I’m a low-key person, I didn’t anticipate this publicity and I don’t want it — I’m getting death threats on social media and I am worried about me and my family being targeted.” 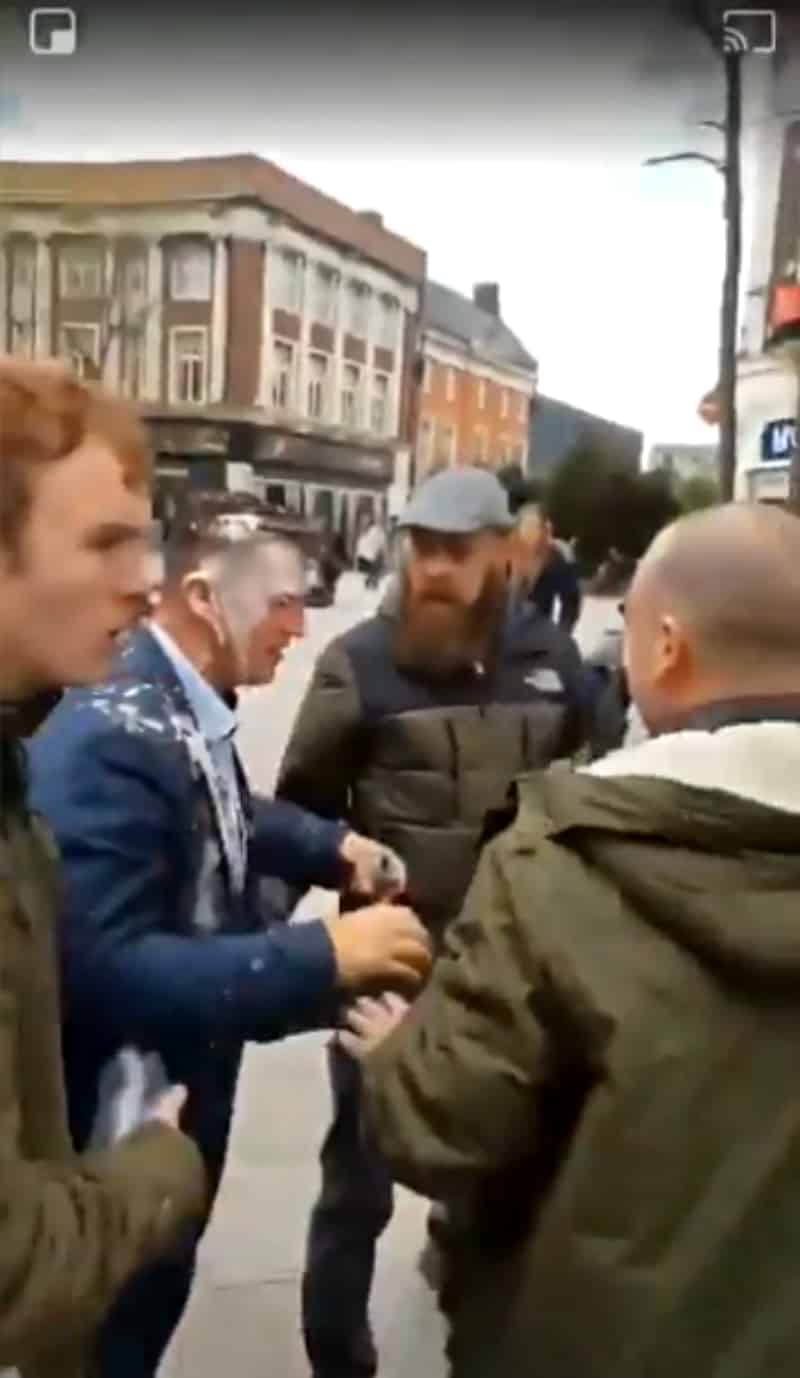 Mahmud’s milkshake was the second thrown at Robinson in just two days. Previously, another man threw a strawberry-flavored milkshake at the far-right activist.

Then on Friday, one of his supporters was filmed threatening a 16-year-old holding a milkshake, saying “I promise I’ll knock your teeth out.” On the same day, another supporter confiscated a passerby’s milkshake.

Tommy Robinson an his goons threatened to to “knock your teeth out” to a 16 year old lad for having a strawberry milkshake HAHAHAHAHAHA pic.twitter.com/jLMK7tcDzY