Ordinarily Visible: Am I the next target of an anti-Asian hate crime?

I clenched onto my pepper spray with my right hand in the pocket of my puffer jacket as I held onto the cold, metal pole of a subway train with my left hand. I kept my head down, occasionally looking up to scan the people filling the R train at every stop.

I clenched onto my pepper spray with my right hand in the pocket of my puffer jacket as I held onto the cold, metal pole of a subway train with my left hand. I kept my head down, occasionally looking up to scan the people filling the R train at every stop.

I didn’t do anything wrong, but why do I constantly feel like I have to exist while also appearing nonexistent? Like a flattening lump of old chewing gum becoming one with the subway floor or a crumpled brown paper bag under the subway seats — something so ordinarily visible that it becomes unnoticeable.

I’m just a graduate student on my way to the New York University (NYU) bookstore, but I feel as if I’m a guilty criminal. I move as quietly as possible because of the color of my skin and the shape of my eyes.

Michelle Go. Kat Yen. Christina Yuna Lee. These names and the recent stories of anti-Asian hate crimes in the city run through my mind as swiftly as the subway, making me dizzy and sick to my stomach.

I could be next.

This “Michelle” may have been lucky, but Michelle Go, the 40-year-old Chinese American woman who dedicated 10 years of her life to helping homeless people, was not. She was shoved into the path of an oncoming subway train by Simon Martial, a mentally ill, 61-year-old homeless man on Jan. 15.

I tried to focus on the subway floor, remembering Taiwanese American theater director Kat Yen’s encounter with a man who hurled anti-Asian remarks at her while she was on the E train headed to Queens.

“I think all Asians should die. I’m racist,” the man told her. “I’m proud about what I say, but I’m only racist towards Asians because they’re the worst thing.”

I thought of Christina Lee, the 35-year-old Korean American woman and senior creative producer at digital music platform Splice who was followed home and fatally stabbed over 40 times in her Chinatown apartment by Assamad Nash, a 25-year-old man, on Feb. 13.

I recalled the news on Feb. 27 when a 28-year-old man named Steven Zajonc went on an anti-Asian assault spree in Manhattan, targeting seven Asian women aged 19 to 57.

The news goes on. How am I supposed to feel safe?

As a reporter, you would think I would be accustomed to these tragedies by now. I started interning at NextShark in September last year and was immediately met with the underlying fear and terrifying reality that many Asian Americans have faced and will continue to face as a result of the COVID-19 pandemic.

Last year, I feared for the safety of my parents and every elderly Asian person I knew. But at the start of this year, I was met with a new dread. Shortly after becoming a staff writer at NextShark, I would wake up to breaking news of attacks on young Asian women so frequently that I started fearing for myself.

Who will I have to report on next? Another innocent elder? A teenager? A child? Will the victim be a family member or a friend? Or will that next victim be me? 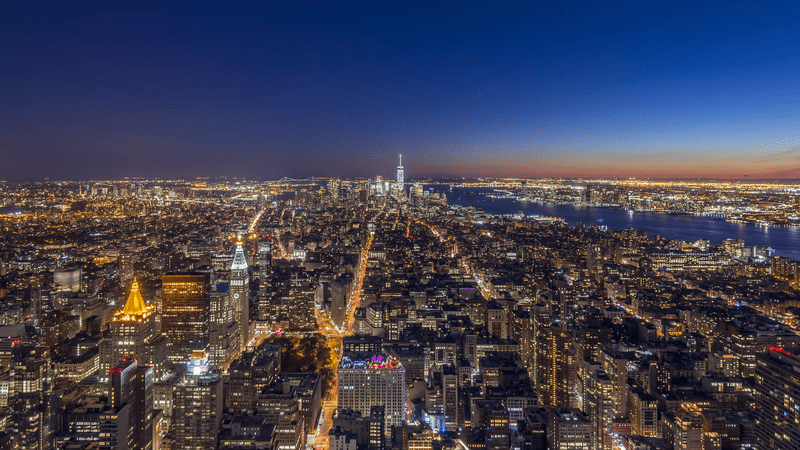 The Big Apple — a melting pot of multiple cultures — used to look and feel like the center of the world, always ready to be experienced and explored. A city where a simple stride could feel like an inspiring, romantic movie all year long suddenly became a real-life dystopian horror film in my eyes.

While I reside in New Jersey, I live close to New York City, where I would hang out with friends and family. But these days, I avoid the city whenever I can.

The same goes for 39-year-old Filipino American investment accountant Genevie C., who only travels to Manhattan when she needs to be there for work.

“I’m scared of commuting,” she told me. “I stopped wearing my earphones because I constantly have to be aware of my surroundings.”

There is a sense of panic and a renewed anxiety felt by the many other Asian women I have talked to who refuse to be fully named. They know that they can be the next target of a hate crime, so they now fear their day-to-day routines which they have been following for years. Riding the subway, walking home or simply being an Asian woman here has become terrifying.

“I’ve always felt an air of racism everywhere I went,” Li Chan, a 35-year-old Chinese American treasury accountant who resides in Queens, told me. “I just tried to avoid putting myself in situations ever since I was young. I would keep my head down, never look anyone in the eye, never spoke my opinion in public.”

“I think that’s why it’s easy to pick on us and hate on us,” she continued. “I think Asians are easy targets because we’re quiet and usually mind our own business. I knew racism was lurking back then, but COVID-19 gave the racists a very open reason to be more active in their hate.”

Li’s fear also led to her mother quitting her job as a seamstress in Brooklyn.

“My mom was still taking the train and I was always scared she would get shoved or punched. Because my mom still wanted to work, my dad started driving her to and from work every day,” Li explained. “We all had to yell at my mom into submission to stop going to work. It took a while for her to come around, but she eventually did.”

“I don’t think about it, I just keep my head down” is a common response from many Asian women.

And I don’t blame them. Maybe that’s the same reason why I choose not to hold my head up high on the subway. Racism is real. Hate crimes are real, and they are constantly happening. But like Li and many other Asian women, I’m trying my best not to attract them.

In February, I pitched a profile on Jonathan Chang to my feature writing class at NYU. The Los Angeles-based Taiwanese artist is behind the viral illustrations of several anti-Asian victims. His portraits of deceased and surviving victims have been prominent in rallies and are shared on various social media platforms and publications. Chang’s work was notably displayed on billboards in Times Square during a vigil for Michelle Go on Jan. 18.

However, none of my journalism classmates knew of the illustrations or the victims’ stories, and I wondered, “Did these news only make headlines in Asian and Asian American publications?”

The truth is that countless people do not wish to acknowledge that fear is real. Hateful crimes are happening around the country, and they are not stopping any time soon. As an Asian writer, I feel that I have to constantly write about these incidents and amplify our voices, but I also feel that stories about anti-Asian hate crimes are often dismissed and overlooked.

As Kat Yen said in her speech at the #JusticeForAsianWomen rally in New York City on March 5, “The problem is that some people have decided that the fight against racism towards Asian people are [sic] simply not worth their time and resources. I repeat, inaction for our cause is not happening due to ignorance. Let’s dispel that myth. It’s a choice made by many.”

Maybe I, too, am guilty of pushing them away — by doing so, I won’t have to face them. If I continue to hide and ignore them, they won’t seem real, right? If I don’t think about them, they won’t affect me, will they?

I have spent months asking myself these questions. But just like the microaggressions and subtle racist jokes you and I have experienced while growing up in America, these stories have always been there — so ordinarily visible that they have become unnoticeable.