Another YouTuber Visits ‘Suicide Forest’, This Time To Save Lives

A Japanese YouTuber recently shot a video in Aokigahara, more popularly known as the  “Suicide forest”, sparking another controversy just months after the Logan Paul scandal.

Situated on the northwestern flank of Japan’s Mount Fuji, the forest has the unfortunate distinction of being among the most popular destinations to take one’s life.

Back in January, popular American YouTube celebrity Logan Paul visited the area and shot a video of himself giggling and joking around with his friends while showing the body of a man who had committed suicide.

This weekend, YouTuber Saito Taicho went to Aokigahara to personally offer free hugs to the poor individuals who might be planning to kill themselves. 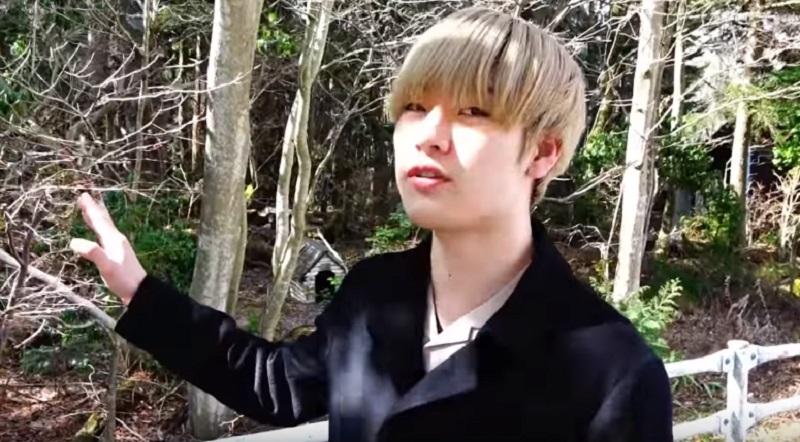 His video, in which he appears to have saved a man’s life after convincing him to take the bus home, has earned criticisms among local netizens.

“To be honest, I was very conflicted about whether or not I should upload this video to YouTube,” Taicho said in the opening of the clip as translated by SoraNews24. “But I hope that it will help people who are dealing with pain and sadness every day to realize their life has value, and so I uploaded it.”

After giving a short intro about Aokigahara, Taicho is shown holding a sign in English and Korean (oddly without any Japanese translation) stating that he was offering free hugs. 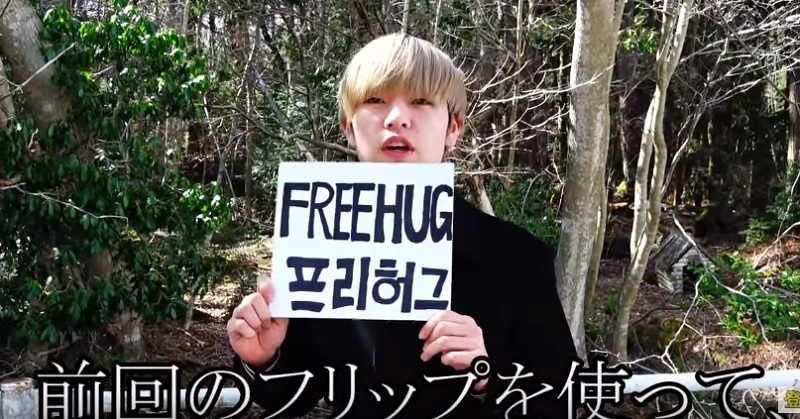 Taicho explained that he will be waiting at the bus stop to try to spot anyone who appears to be planning to commit suicide in the forest. His plan was to talk to those who approach the site and convince them to reconsider taking their own lives. Taicho further clarified that he was not doing it was a joke and sincerely just wanted to help strangers. 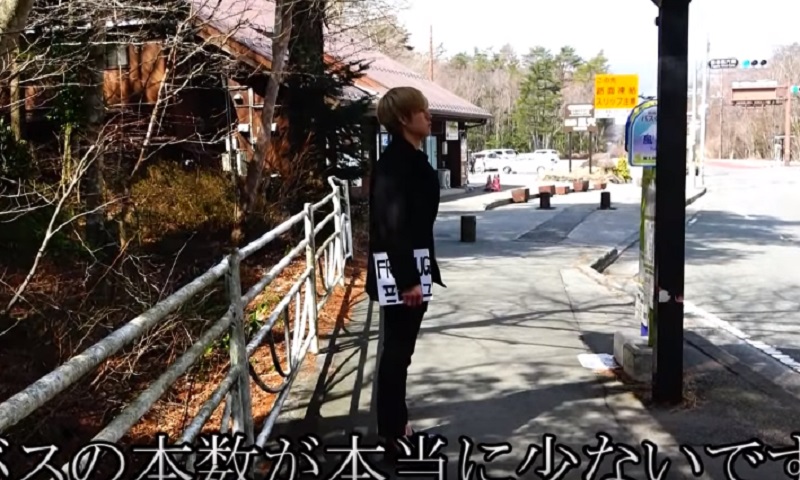 According to the YouTuber, the numerous signs with words of encouragement placed along the forest’s hiking trails inspired him to pursue such an initiative. These written messages include a reminder of how precious human life is and that sadness should not be a reason for giving up on living. 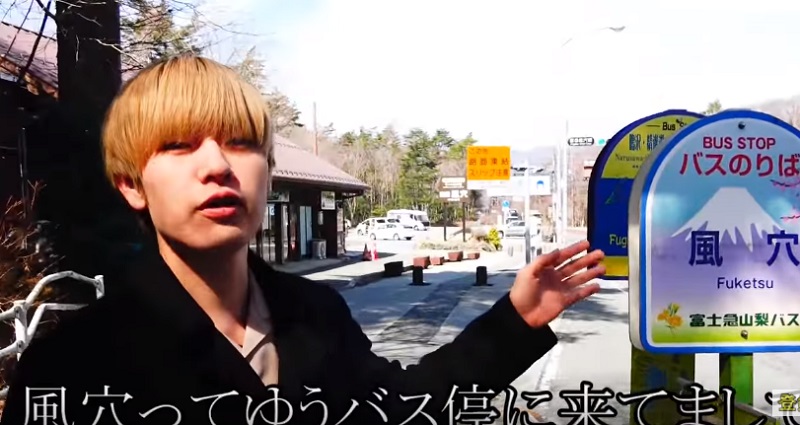 After waiting for over two hours, he spotted a young man getting off a bus. The man appears to be not wearing any form of hiking gear, nor was he carrying any backpack. 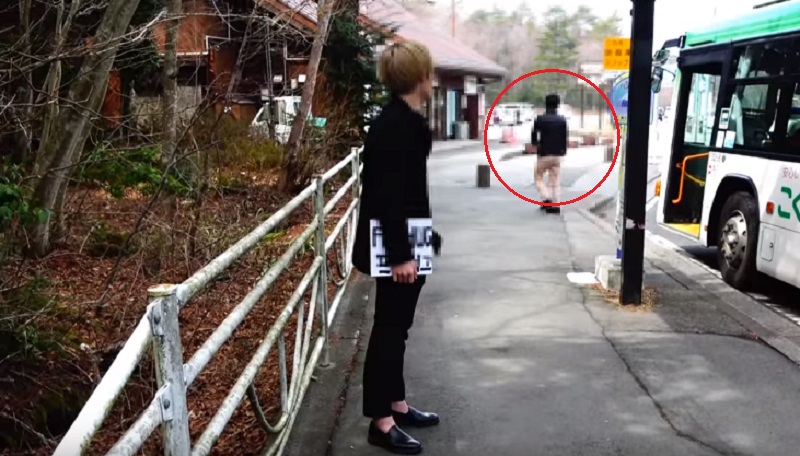 Taicho and his cameraman followed the man at a distance as he slowly made his way towards the forest. 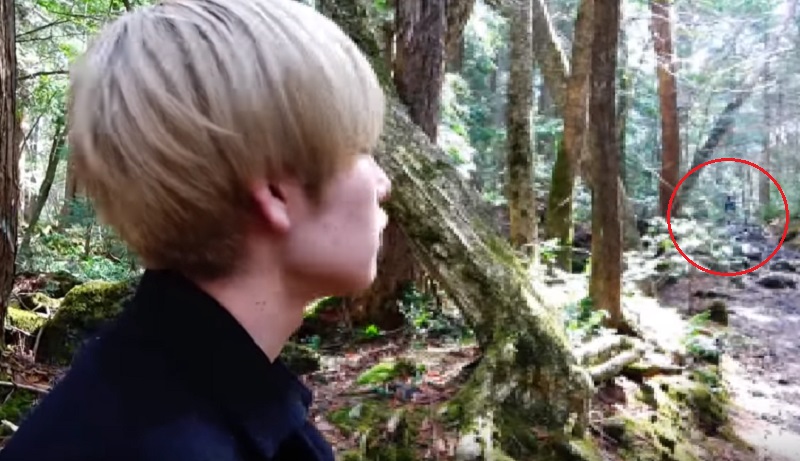 Upon reaching a secluded part of the trail, the man momentarily stopped and surveyed the woods. He then stepped off the path and headed deeper into the forest. 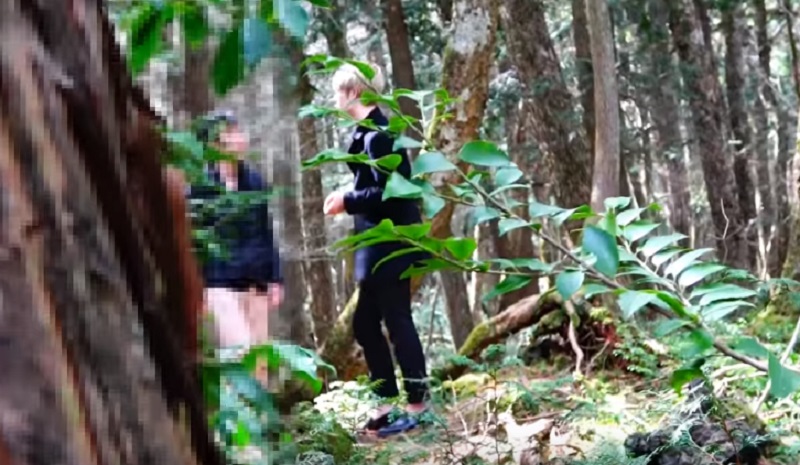 Saito Taicho decided it was time to call out to him, asking him, “What did you come here to do?”

“Well, I, umm…” the man said before going silent for a few minutes.

“When I saw you get off the bus, the look you had on your face, it…,” Taicho commented, “well, it might just be a misunderstanding on my part, but, this is a place where many people come to end their lives, to commit suicide…”

“Yeah…it is,” the man answered.

“Did you come here because you’ve been having a hard time, or a lot of troubles in your life lately?” Taicho prodded.

The man then revealed that he has been fired from his job and has since fallen into deep debt.

Taicho told the man that he too experienced a similarly difficult period in his life in which he was physically and mentally abused in a previous job. He then narrated how he eventually overcame it and later found happiness in his current lifestyle. 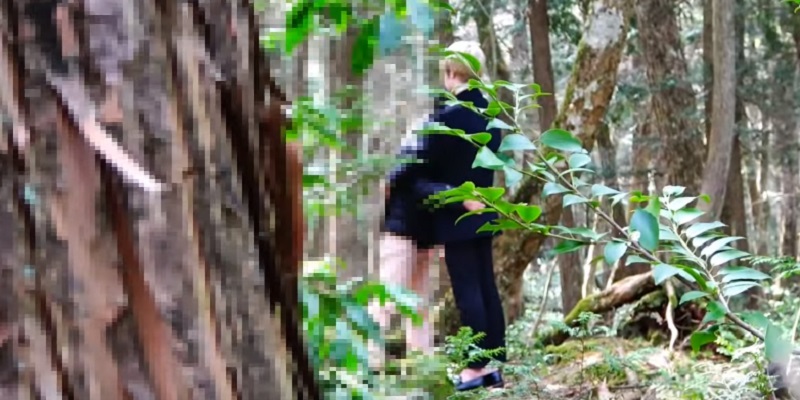 “I’ll take you back to the bus stop, so for today, let’s head home,” Taicho said in a bid to convince that man to not going through with his plan.

After the man agreed, they both shared a hug and then traveled back to Fuketsu bus stop together. 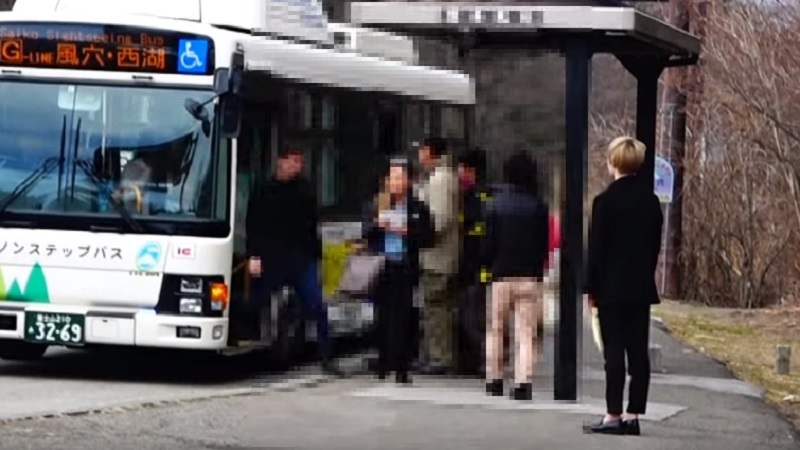 Taicho was later shown waving at the bus the young man took on his trip home.

At the end of Taicho’s video, he wrote a message reaching out to people who may be experiencing challenges in their lives:

“To those of you who watched this and are currently going through emotional pain in your life, thinking ‘I just can’t take any more.’ I know it’s hard right now, but someday, I believe you will be able to feel happiness and meet many wonderful people.

“Life may feel hard now, but little by little, at your own pace, in time you can overcome the things that are hurting you.”

Netizens were split on their opinion of the video, with many calling the YouTuber out for his alleged attempt to make a spectacle out of people committing suicide in the Aokigahara forest.

“All I see here is a YouTuber’s ploy to get attention,” a commenter remarked.

“Was there any point to putting this on YouTube?” another one asked.

“I think the whole thing is staged,” wrote another netizen.

Others, however, pointed out that the video showed an honest and successful attempt at saving a person’s life.

“That was deeply moving,” a netizen wrote.

“Incredibly kind. I respect him for doing that, and hope I can be that kind of person,” another one commented.

Some also defended him for his actions, differentiating it from Logan Paul’s earlier viral video.

“People can debate all they want about whether or not he should have made the video, but the undeniable truth is that he stopped that man from killing himself,” one commenter observed.

“What Logan Paul did was wrong, but I have no complaints about this,” opined another.

“Even if went to Aokigahara for the purpose of making a video, there’s nothing wrong with what he did there,” another netizen wrote.