Anh Le, who was attacked in broad daylight in San Francisco two years ago, is launching a federal lawsuit against the District Attorney.

An elderly Asian American man who fell victim to a brutal attack in broad daylight in San Francisco two years ago is launching a federal lawsuit against the city’s District Attorney’s Office for allegedly mishandling his case and mistreating him in the process.

Anh Lê, 69, was out for a walk in Chinatown on Nov. 2, 2019, when a father-and-son duo threatened to kill him and repeatedly struck him with a baseball bat. He managed to call 911 after running away as far as he could.

Lê said it all started after he politely asked the teenage son, who was riding a bicycle, to be careful since it was a crowded sidewalk and he nearly collided with him.

Shortly after, the teenager took out a baseball bat from his mother’s bag and hit Lê multiple times. His father, identified as Jimmy Tanner Sr., then raised a glass bottle and threatened to kill Lê. 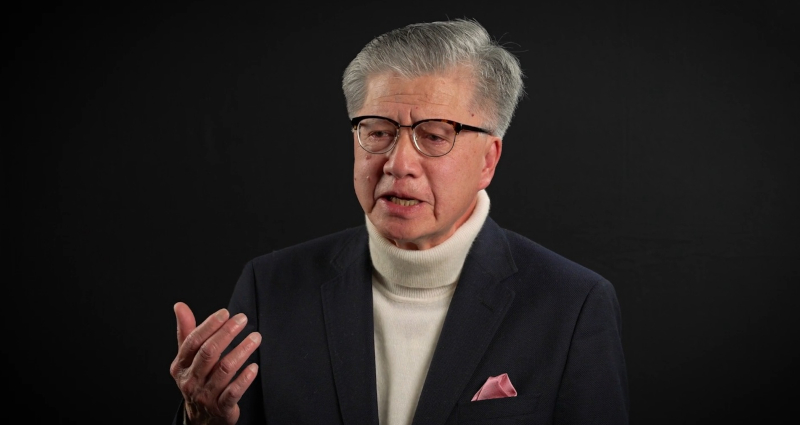 The incident, which was witnessed by a shocked crowd, occurred in front of a Chinese grocery store at 1118 Stockton St. Lê said Tanner’s wife, who was with another teenage son, “seemed to watch with glee” as the attack unfolded.

“I pleaded with the Tanners to stop, but they relished in their ability to inflict pain and

fear on a defenseless senior citizen,” Lê said in a victim impact statement provided to NextShark. “The attack was the most brutal, terrifying, and humiliating experience of my life, and has stayed with me ever since.”

After the incident, Lê, who is Vietnamese American, learned that the Tanners had targeted other Asian Americans on the same day. The alleged attacks also took place in Chinatown.

The Tanners reportedly entered S&M Ginseng Inc. and Chinese Herbal Store at 1000 Stockton St., just a few blocks from where Lê was attacked, and threatened its store owner and customers. The teen who struck Lê with the baseball bat allegedly used the same object to hit a customer.

Lê said he also learned of a third “terroristic” attack committed by the family near Broadway and Stockton Street. The alleged incident occurred after the attack on himself.

Lê quickly reported his experience to San Francisco police, which led to the Tanners’ arrest later on the same day. The father, Tanner Sr., was taken into custody for battery, felony elder abuse and felony terroristic threats.

The San Francisco District Attorney’s Office, however, refused to prosecute either the father or son with hate crime enhancements and agreed to a lenient plea deal with Tanner Sr., who pled guilty to a misdemeanor battery charge for no jail time and only a year of probation — all without Lê’s knowledge.

In addition to failing to notify Lê of plea deal discussions, the District Attorney’s Office allegedly also failed to provide him a chance to enter a victim impact statement during the proceedings. Consequently, no such statement was read at the plea deal hearing.

Additionally, the office allegedly refused to correct a Criminal Protective Order (CPO) that omitted Lê’s last name — identifying him only as “Anh L” — and misstated his age. Such errors led to Lê doubt the enforceability of the order.

Lê spent months trying to correct the CPO, but his requests have fallen on deaf ears, according to him. Even after retaining pro bono counsel, the District Attorney’s Office allegedly continued to ignore him, even telling him at one point that he had no right to be at hearings.

Lê, who is represented by King & Spalding LLP — a member of the Alliance for Asian American Justice — is now suing the District Attorney’s Office under the Fourteenth Amendment. He is accusing the office of applying procedures that resulted in discriminatory effects on Asian Americans and creating practices that deny victims adequate due process protections.

Lê is also bringing a claim against the City and County of San Francisco, which may be liable for any constitutional violations found to have been committed by its officials. With anti-Asian hate crimes still on the rise, he fears facing another attack and similar failures in the justice system.

The 69-year-old said the incident has left him with post-traumatic stress disorder (PTSD). He spent 52 weeks in psychiatric therapy, according to court documents.

“Ever since November 2019, I cannot help but picture the attack over and over again. I no longer feel safe walking the streets of our city, as I used to love to do. I look over my shoulder and wonder if there are people who want to hurt me, because I am Asian American,” Lê said.

“Although I was extraordinarily lucky not to have been seriously injured or killed, the attack has left me with a profound and lasting feeling of fear, anxiety, helplessness and hopelessness.”

In a statement, Quyen Ta, a member of Lê’s legal team at King & Spalding, said they are proud to represent the 69-year-old victim.

“We are grateful that the Alliance for Asian American Justice brought this case to our attention. We are proud to represent Mr. Lê, a courageous Vietnamese American hate crime victim who is willing to speak out to ensure that other AAPI hate crimes victims will be treated fairly by the San Francisco DA’s office,” Ta said.

“We look forward to working with the DA’s office to ensure that victims like Mr. Le have a voice in the criminal justice system — including during the sentencing of defendants who have attacked AAPI victims.”