Sources close to the matter confirmed to Page Six that filming on “Bizarre Foods” and its sister show, “The Zimmern List,” have both been canceled midseason.

The two Travel Channel shows have also been bumped by network owner Discovery, Inc. from prime time to a graveyard rotation on Saturday morning.

A representative from the network said in a statement that the decision to move the two shows to a rotation on Sunday mornings came before Zimmern’s controversial comment during an interview with Fast Company.

“The shows, along with other food content on Travel, will no longer air on prime time, but on Saturday mornings in rotation. This decision came before Andrew’s comments were made,” the statement reads.

Zimmern drew massive outrage from the Asian American community late November 2018 when he made the comment: “I’m saving the souls of all the people from having to dine at all these horseshit restaurants masquerading as Chinese food that are in the Midwest.” 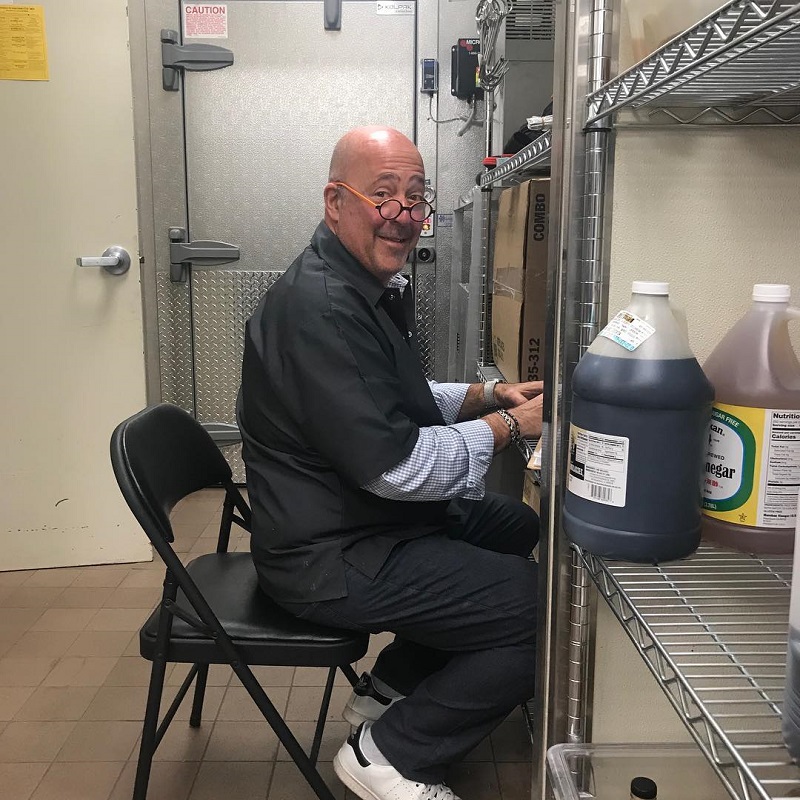 Many in the community were outraged by what the 57-year-old chef said. An Eater piece opined that Zimmern’s words imply “Chinese-American restaurants throughout the region are somehow illegitimate.”

Despite apologizing for his remarks, the backlash against Zimmern continues with The Washington Post publishing a story featuring comments from Asian Americans in Minnesota.

Eve Wu, a baker, expressed her solid support for P.F. Chang’s after Zimmern labeled the chain a “rip-off.”

“I’ll back P.F. Chang’s and their family any day of the week. Asians forever!” Wu told the publication. “If we have to be the generation that is going to be calling out problematic behavior, because in the past it hasn’t been, then I’m going to do it. . . . I will do a 100-year war with him.”