Democratic presidential candidate Andrew Yang has expressed criticism against the Chinese government for its reaction towards NBA team Houston Rockets. 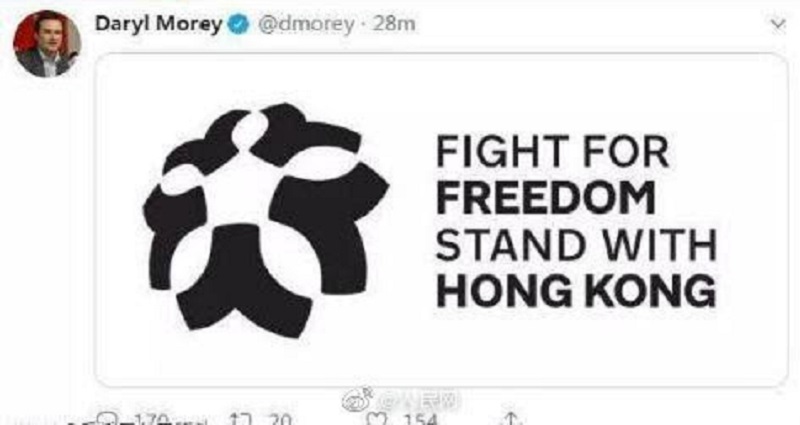 While Morey later deleted the post, Rockets owner Tilman Fertitta had already seen the tweet and responded to the backlash, with a note distancing the franchise from the post.

Listen….@dmorey does NOT speak for the @HoustonRockets. Our presence in Tokyo is all about the promotion of the @NBA internationally and we are NOT a political organization. @espn https://t.co/yNyQFtwTTi

Since Morey’s tweet, The NBA, the Rockets, and even star James Harden have been attempting to subdue the situation as Chinese groups expressed their dismay.

Many Chinese organizations condemned Morey’s tweet by penalizing the Rockets in various means.

The Chinese Basketball Association, in which former Rockets icon Yao Ming is now president, has suspended their ties with the team. Tencent Sports has also announced that all live-streaming and news reporting of the Rockets would be suspended.

The Chinese government banning the Rockets is a terrible move.

For Yang, the backlash for Morey’s tweet was uncalled for.

“The Chinese government banning the Rockets is a terrible move,” he wrote in a tweet on Sunday.

His tweet, which was applauded by many of his supporters, generated over 1,000 retweets and over 10,000 likes.

China is using its economic power to silence critics—even those in the U.S.

The United States must lead with our values and speak out for pro-democracy protestors in Hong Kong, and not allow American citizens to be bullied by an authoritarian government. https://t.co/87U4jgsAAp

Meanwhile, the Chinese Consulate General in Houston also issued its own statement on Sunday to express “strong dissatisfaction” with the Rockets.

“We are deeply shocked by the erroneous comments on Hong Kong made by Mr. Daryl Morey, general manager of the Houston Rockets,” a statement on the consulate’s website read.

“We have lodged representations and expressed strong dissatisfaction with the Houston Rockets, and urged the latter to correct the error and take immediate concrete measures to eliminate the adverse impact.”