He Could Be the First Asian President of the United States

I’m running for President because I believe that we are automating away millions of jobs and it’s driving many of the symptoms we see in front of us – Donald Trump, the lack of opportunities for millennials, the opiate and mental health crises, unprecedented inequality, even increased racism and misogyny.

Editor’s Note: Andrew Yang has announced his presidential bid for 2020. The views expressed in this piece are solely his own.

When Benny, the founder and CEO of NextShark, reached out to me and asked me to write a piece for him on why I’m running for President, I was excited for a few reasons.

First, I’ve known Benny since he was an undergraduate I hired as a marketing associate for my old company over a decade ago. Benny, even then, was a scrappy, enterprising guy who made great things happen. Seeing him grow and prosper into the founder and entrepreneur he is today is incredibly gratifying.

Second, I have wanted to reach young Asians since I started my campaign in the New York Times a few weeks ago. I’m running for President because I believe that we are automating away millions of jobs and it’s driving many of the symptoms we see in front of us – Donald Trump, the lack of opportunities for millennials, the opiate and mental health crises, unprecedented inequality, even increased racism and misogyny. It takes an Asian guy who worked in technology and traveled the country to say, “Hey, it’s not your imagination that the economy is changing. We automated away 4 million manufacturing jobs in the Midwest, leading to Donald Trump’s election, and we’re about to do the same thing to retail workers, truck drivers, call center workers as well as accountants, insurance agents, and many other positions.” These problems require huge new solutions, including Universal Basic Income — the Freedom Dividend of $1,000 per month for all adults 18 – 64 — and evolving to the next stage of capitalism.

The reactions I’ve received since declaring have been all over the map. Some people have literally cried tears of joy. Others have looked at me with total disbelief and skepticism, like they can’t even imagine the possibility. When it’s the latter, I sometimes wonder why.

Seven years ago, in 2011, I started Venture for America. It was just an idea — to train hundreds of enterprising recent graduates as entrepreneurs to build businesses in Detroit, New Orleans, Cleveland, Baltimore, St. Louis, Pittsburgh, and other cities throughout the country. I encountered a lot of skepticism in the early days then too. But I was convinced that everyone wanted it to happen. That talented young people — like Benny back in the day — wanted to learn how to build businesses. I knew there were promising companies throughout the country that wanted to harness that energy to grow. And I believed there were enough patriotic entrepreneurs and companies who would support a national entrepreneurship fellowship program.

I went out and made the case. Hundreds of amazing young people applied. The organization grew and grew. Fellows and alums started businesses that took off. Today, Venture for America is a multi-million dollar organization that has helped create over 2,500 jobs around the country and our alums have founded dozens of companies that have raised over $40 million and counting. We proved the doubters wrong. As Founder and CEO of Venture for America, I was invited to the White House to meet President Obama and was named a Presidential Ambassador of Global Entrepreneurship. An Oscar-winning filmmaker made a documentary about VFA — Generation Startup — so I now have an IMDB credit playing myself.

I have been part of incredible success. Skepticism is nothing new to me.

If there was any skepticism that I had difficulty overcoming, it was from my parents early in my career. After college, I went to law school and became a lawyer. I didn’t enjoy the job at all. But my parents told me to stick with it because it was a good job and paid well.

I didn’t listen. I thought that I was capable of doing much more than editing someone else’s contracts. I had more to offer. I left the firm after less than a year to start my own company. I was 25. It didn’t work out — my little company tanked when the stock market bubble burst. That was a very tough time. The failure hurt — everyone who knew me knew that I’d started a company that had failed. I remember lying on the floor looking up at the ceiling wondering what I’d done wrong.

But I bounced back and grew. I worked at two other technology startups, and eventually became CEO of an education company. I met Benny. And then my company grew and was acquired by a public company, which made my parents proud. They stopped telling people I was a lawyer and started saying that I was an entrepreneur. I started Venture for America. I got married and now have two little boys.

Running for President has brought with it a new set of challenges. I sometimes remind myself that I’m running for the highest office in the land. The love and warmth I’ve received from Asians in particular has been incredible. 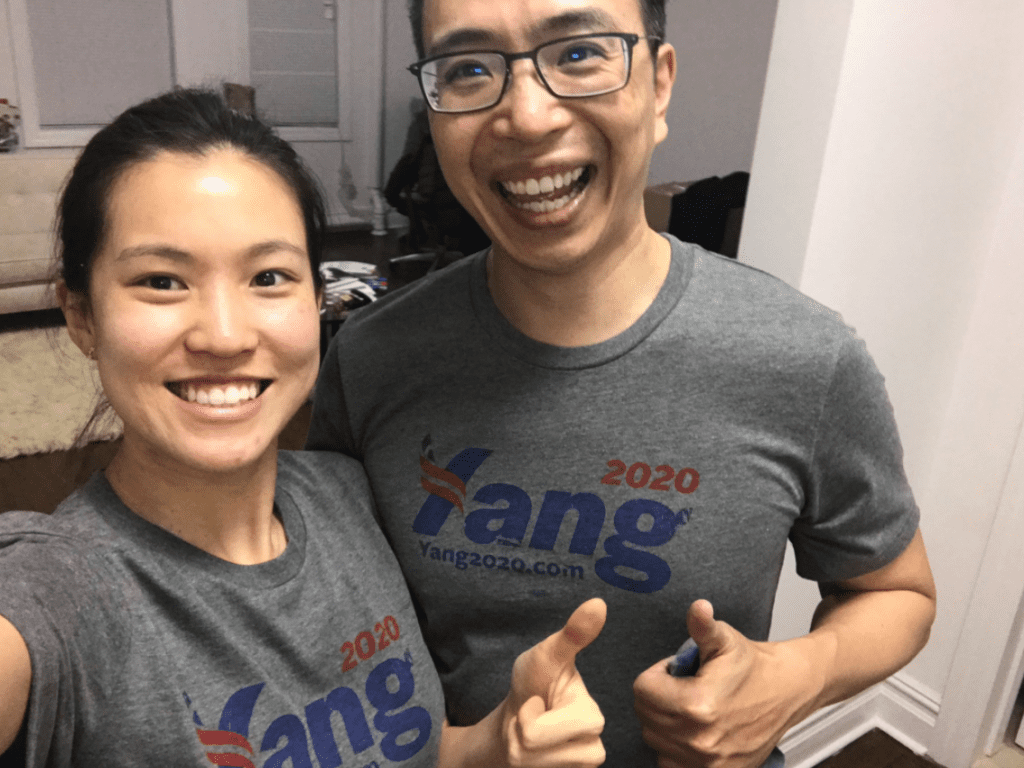 Messages like this get me fired up. After the New York Times piece, I was asked to appear on NBC, CNN, MSNBC and many other networks.  It has hit me more and more that I am in a very rare position where I am running for President and people are taking me seriously.  I’m perhaps one of several dozen people in the country for whom that would be true. I have written a new book, The War on Normal People, about growing up as a young Asian boy and the automation of labor.  I get donations each day from around the country from people who believe in me.  Many of them are Asian, but most of them aren’t.

There is a quote from “Dragon: the Bruce Lee Story”, one of my favorite movies growing up. Bruce Lee wants to head back to the United States even though he has built a successful career in Asia. And the Hong Kong producer says to him, “Our love’s not good enough for you. You always want their love.”

I’m not running for President to be the first Asian-American man to do so. I’m running because I believe that I have something fundamental to contribute. I’m a father, my children will grow up here, and my country is spiraling into an abyss. I’m in a position where I may be able to help arrest our decline as a society. If I didn’t step up, I’d be failing my country and my own values.

But now that I’m here, I want to show what we’re capable of. That we have much more to offer. We can be more than the trusted accountant or doctor or lawyer. I want to show that we are as smart, imaginative, courageous, charismatic, and patriotic as any American of any background. We see things that others do not. We can be builders, risk-takers, visionaries and leaders. If we give it our all and are willing to fight for it — we can even be President. 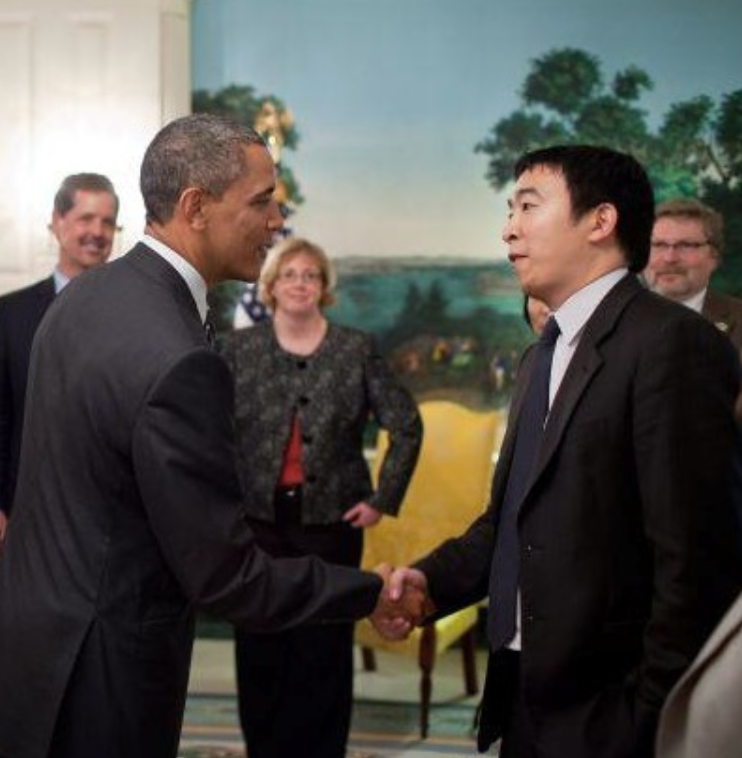 Our love is as good as their love. It means just as much. We love our country too. And we are willing to fight for it.

About the Author: Andrew Yang is an entrepreneur running for President as a Democrat in 2020.  For more information about his campaign and platform, visit www.yang2020.com.