Japan had a long history of producing hemp-made products -- until the U.S. changed all that after World War 2 and made cannabis illegal.

If you blaze in Japan and get caught, you could face up to 7 years in prison off a rip from some shitty weed.

But Japan wasn’t always so incredibly anti-weed, man. In fact, Japan used to be a nation that wore weed proudly on their shoulders — literally. Historically, hemp was the most abundant crop in Japan for its low cost and the ability to turn it into fabric. So if you blazed in Japan in 1843, you’d probably get super stoned, with roasted seaweed crumbs all over your hemp shirt, and pass out in the hemp fields next to an ox.

Clothes, fishing lines, bowstrings, scrolls, ropes, and skinny jeans were all common hemp products made in ancient Japan. When it comes to trimming, grinding, and smoking cannabis, Japan doesn’t have as vivid a memory of ever smoking it — which is exactly the kind of thing only a stoner would say! Some historians note that cannabis may have been the drug of choice for lower-class citizens since sake, a byproduct of rice, was monopolized by the upper class, leaving the poor people with all the good shit.

Cannabis was a full-time cast member on the Japan show and she was ready for season 12. Then in 1948, still under the control of the United States of America post WW2, the Cannabis Control Act was passed and all production of hemp was made illegal. Businesses and families who relied on this versatile crop were forced to find alternative professions away from hemp. A critical feature of Japanese culture went away overnight. That’s like banning the use of leather in America. Without leather, you wouldn’t have cowboy boots, La-Z-Boy couches, or the Village People.

There are many opinions as to why America would impose anti-cannabis legislation on Japan. Some experts predict that America wanted to influence Japan with the conservative values of middle America, but others surmise that America’s textile industry was in direct competition with Japan’s hemp culture. Eyeballing Japan with economic eyes, America could replace the rich history of Japanese hemp with synthetic materials such as nylon. The upside? Big payouts for the American textile industry. The downside? The erasure of a product that was literally woven into Japanese history.

From a political and militaristic standpoint, America wanted to dismantle any remnants of imperial Japan, and the hemp industry was highly connected. Disrupting the production of hemp could destabilize a crucial economic resource of imperial Japan and slingshot the American textile industry, making nylon more green than cannabis itself.

But as more and more countries and states push towards the legalization of cannabis, OG Japanese stoners, who recognize the benefits of cannabis and the history of hemp in Japan, are forced to wonder if the breeze of legalization is headed east. Former actress turned cannabis activist Taya Takagi is the leading voice in Japan’s cannabis activism community. Though she lost the election for political candidate in 2016, Takagi garnered a new following of Japanese patients who also seek legalization.

In April of this year, Taya Takagi was arrested for cannabis possession and sentenced to one year in prison. The weed wasn’t even hers. It was her friend’s medical marijuana and Taya needed it to relieve pain.

Despite losing their most passionate cannabis advocate, season by season, things are improving in Japan.

More and more Japanese activists are speaking up and prominent voices like those of cannabis activist Junichi Takayasu, the owner and curator of the Taima Hakubutsukan (Cannabis Museum), continue to spread the gospel of weed. Japanese scientists specializing in toxic elements are also looking towards hemp for a process called phytoremediation, a $40 science word that basically means hemp plants would extract radioactive elements from the soil and help preserve ecosystem damaged by nuclear waste.

Even Japan’s first lady, Akie Abe, voiced her opinions on hemp and an interest in reviving the lost culture of this authentic Japanese tradition. 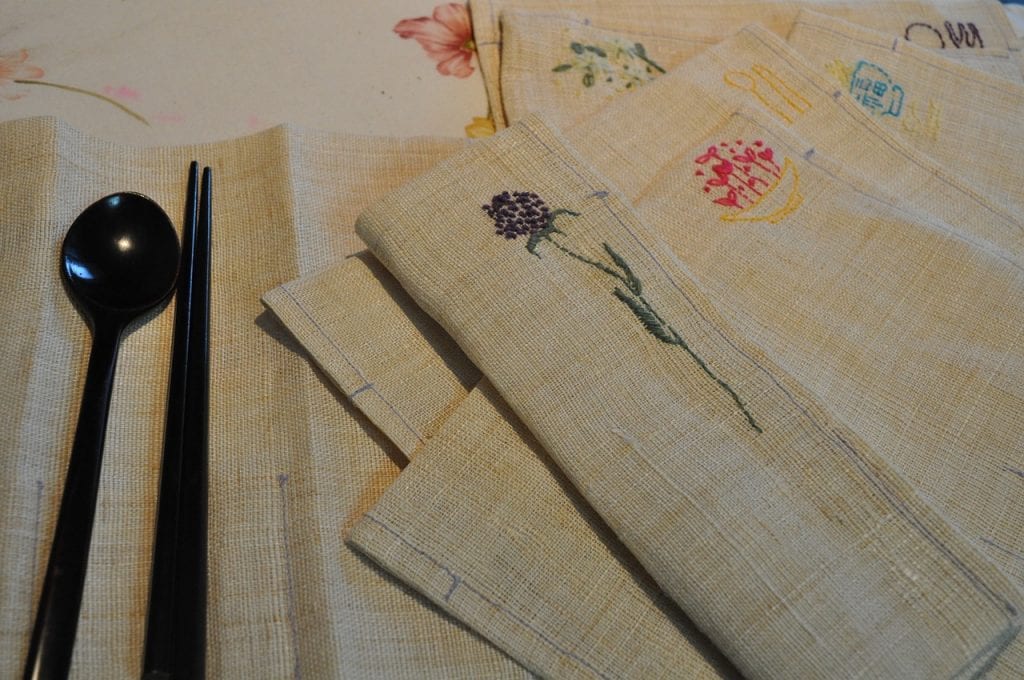 In war, there are no winners, just losers and even bigger losers. With its tail between its legs, Japan surrendered in 1945 and the country was sent to its room to think up a new identity. Though humble in defeat, Japanese music, film, and anime revealed the complicated emotions and attitudes everyone had towards atom bombs, war, and America.

Japan has since established itself as a leader in innovation and new technologies. Sadly, Japan’s electronic heart lives in the future while its weed-shaped soul is stoned, passed out somewhere in the middle of a hemp field.