Alien Fresh Jerky, which describes itself as a family and “immigrant Latino company” on social media, was founded in 2000 by Luis Ramallo. The company’s Instagram page, which has nearly 57,000 followers, was set to private as of this writing.

On May 6, Instagram user @elemonated, a New York-based sales representative, received what has since widely been perceived as a racist response from Ramallo following a business inquiry. (Despite the already widespread sharing of the post on social media, @elemonated asked NextShark to conceal her name to minimize the negative attention her own company may face.)

“Not interest in doing business with any oriental people at this time whatever you come from, not interest at all, unsubscribe me from your site and do not contact me again,” Ramallo’s reply reads. 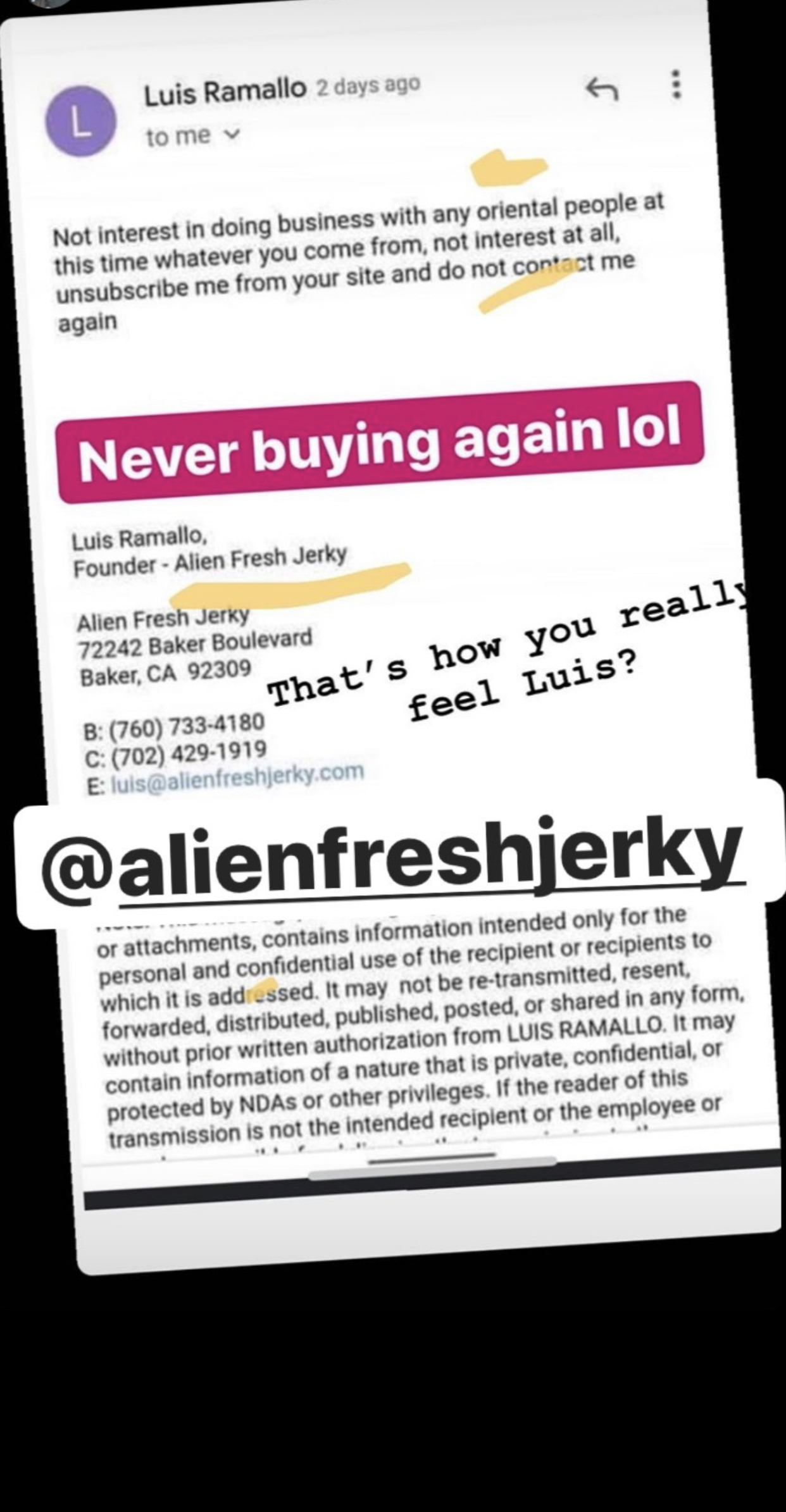 By Friday, May 8, the company had issued multiple responses to excuse the founder’s remarks, apologizing that he “misread” the email because “English is his second language.” 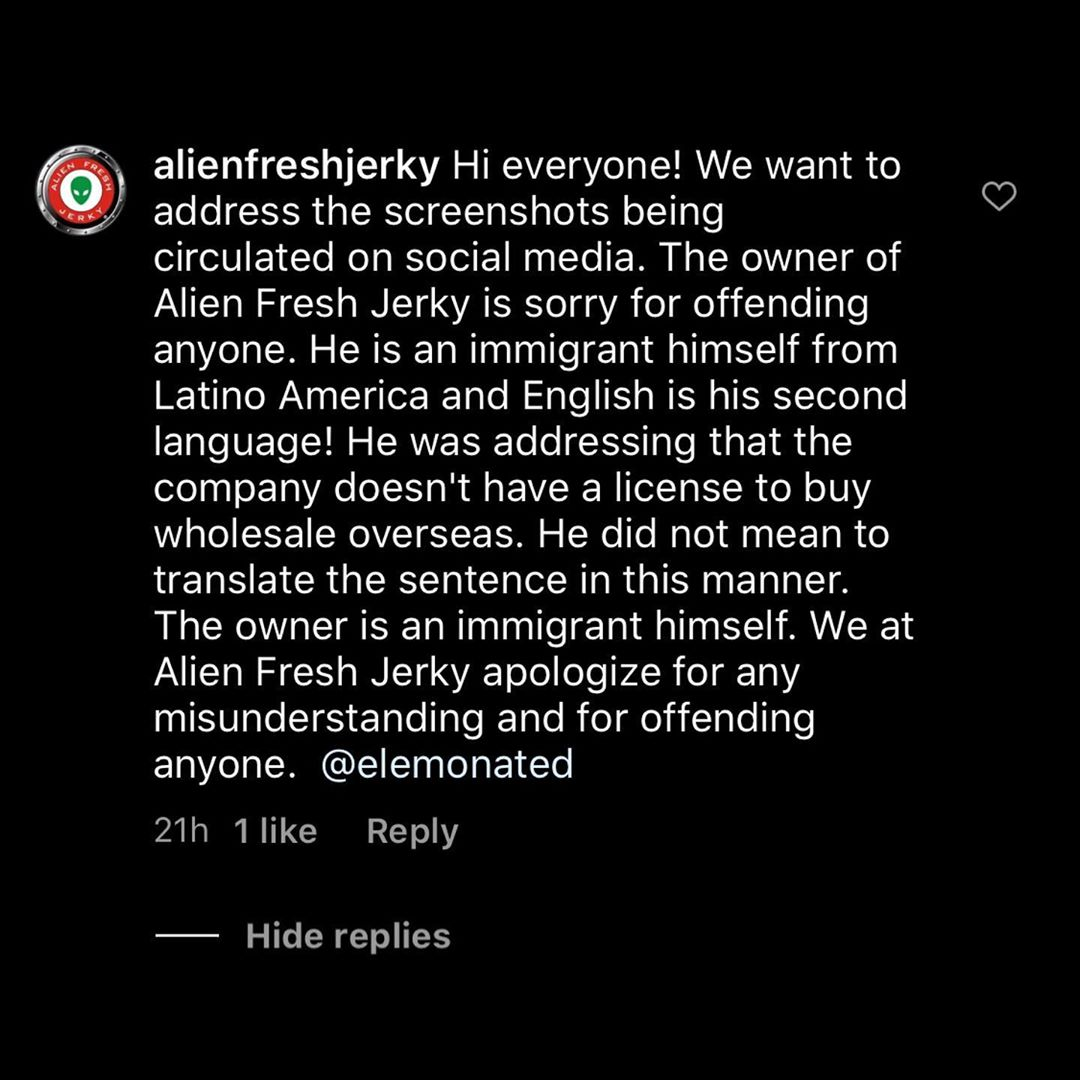 In their response, the company blamed his poor English skills, trying to explain the miscommunication as his attempt to say he “doesn’t have a license to buy wholesale overseas” and “doesn’t have the ability at this time to export.”

“He is an immigrant himself, from Latino America and English is his second language. He misread the email. He was addressing that the company doesn’t have the ability at this time to export.”

“He started to learn English around the year 2000.”

(The YouTube video above was of a video interview with Ramallo. The video was removed from YouTube on Friday early evening.) Ramallo also talks of his company’s founding in this 2015 interview:


In light of the backlash, Alien Fresh Jerky has since claimed they attempted to reach out to @elemonated to apologize. @elemonated responded by pointing out that Ramallo’s and the company’s actions were not consistent with the excuse they used for the email. She posted her communication with the company on Instagram Stories.

The company then accused her of “creating more hate” after other social media users allegedly called into the company to call them racial slurs.

@elemonated has since responded to the company that she no longer has any interest in their apologies.

NextShark has reached out to Alien Fresh Jerky for further comment. Calls went directly to the voicemail of Antonia Middleton. We have also reached out via email.

This is a developing story.