Dogs are interesting creatures; they are playful, wild, and sometimes curious, especially with things they are not exposed to on a daily basis — like a Google Street View Car, for instance.

When they see things that are new to them, some dogs tend to shiver and cower in fear while others bark and chase it until they scare it away, like this cute tiny pooch from the town of Kumage in Kagoshima prefecture, Japan. 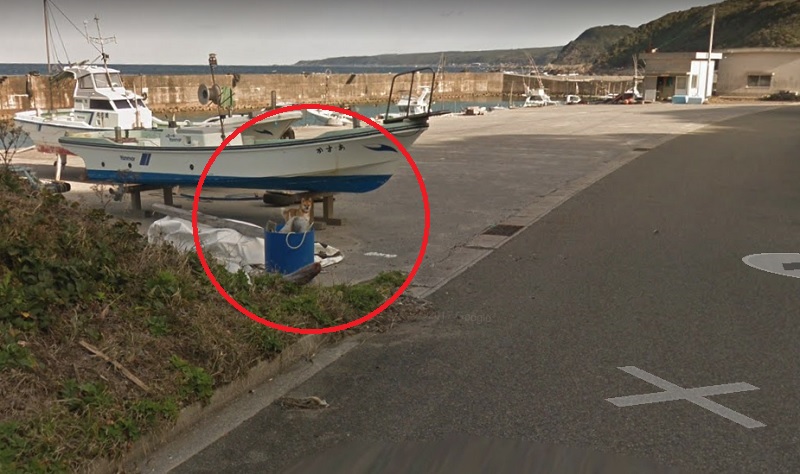 According to Itai News, the Google car was just minding its own business while taking pictures of the area for the company’s Google Street View feature, as translated by SoraNews24. However, upon passing, the camera suddenly captured a perked up dog that seemed to be guarding a small boat. 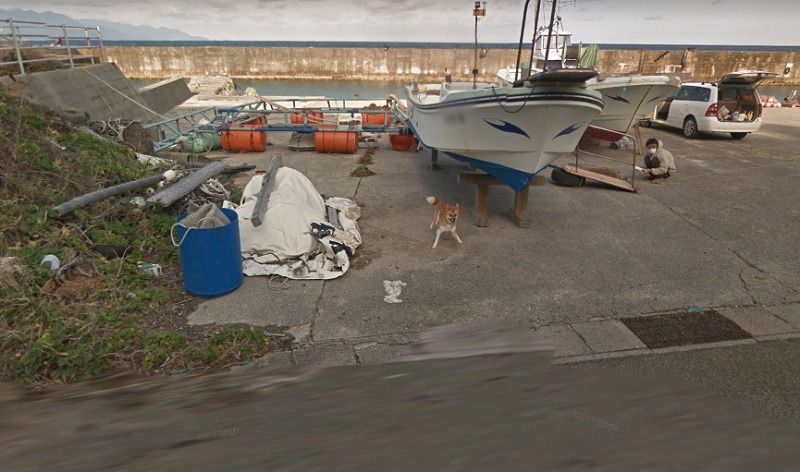 What’s even funnier is that the man sitting on the other side of the boat was equally curious by the vehicle as well, but probably not as much as this brave little creature who looked ready to pounce. 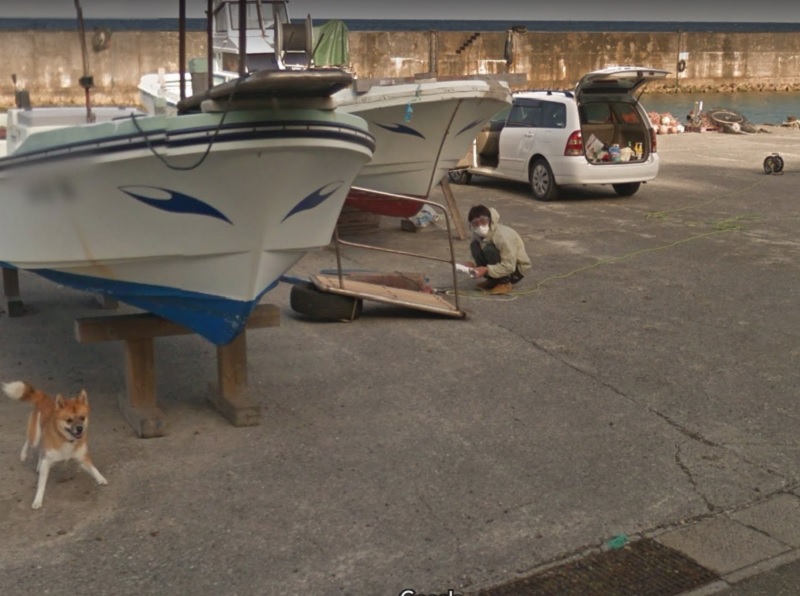 You know what happens when a dog perks up after seeing an unknown moving object – especially after it piques its interest? 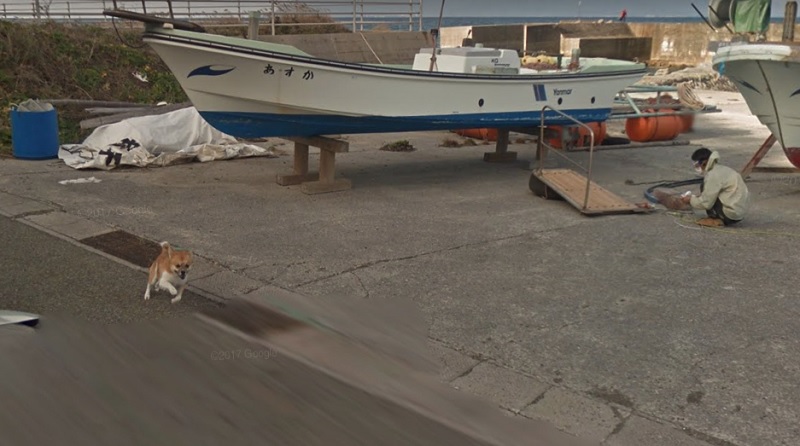 Yep, you guessed it right — the doggo gave chase, even though there was no way to outrun what it deemed to be a threat. 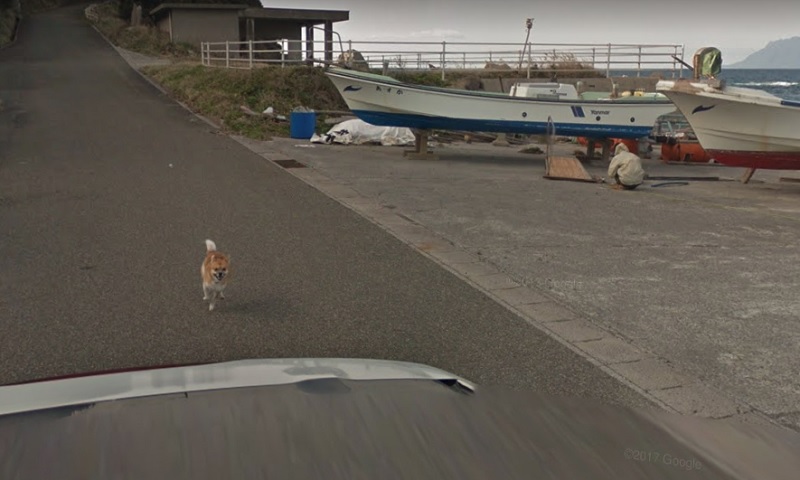 The dog is persistent, however, following the Google Street View car view for several shots. 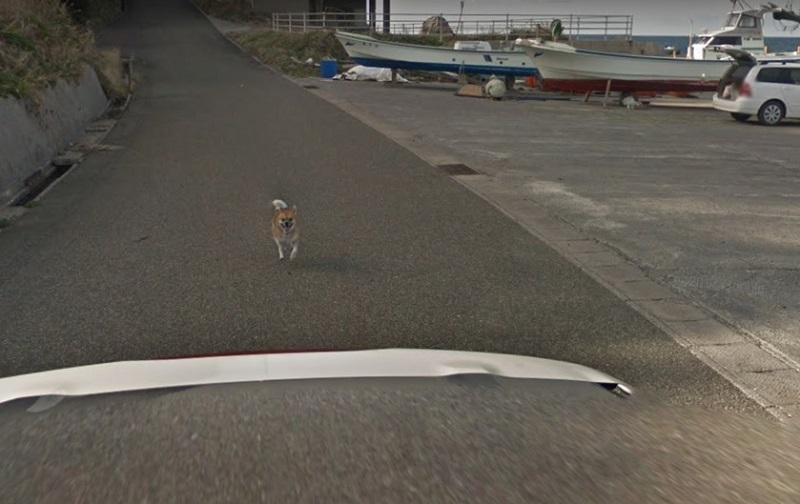 The chase continued on until the Google Street View car reached a dead end. 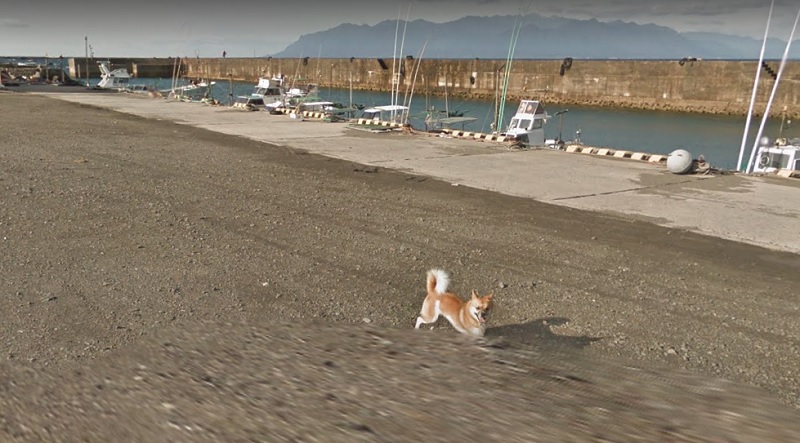 Japanese netizens enjoyed how the cute dog chased after the car, leaving comments expressing their delight as translated by SoraNews24:

“I laughed so hard when I saw how far it chased the car!”

“It looks like it’s saying, ‘What’s this that’s come down my road?’”

“As soon as it sees the odd-looking car, it knows something’s up.”