The AAF launched a series of travel posters showcasing the roots of prominent Asian Americans across the U.S.

The Asian American Federation (AAF) launched a series of travel posters showcasing the roots of prominent Asian Americans and declaring they are “really from” their respective cities across the U.S.

In bright, vibrant colors, the posters showcase locations across the U.S., including Houston, Seattle and New York. Dynamic illustrations spotlight enclaves like Chinatown and Little Manila, and feature culinary dishes like rice and fish, green tea and curry. Central to each poster are the words “I’m really from…”.

Public figures including Instagram Director of Fashion and Partnerships and author Eva Chen, eight-time Olympic medalist Apolo Ohno and “Crazy Rich Asians” author Kevin Kwan participated in the campaign to highlight their American roots. Each poster was developed in collaboration with an Asian American artist, taking inspiration from the memories and locations the celebrities described. 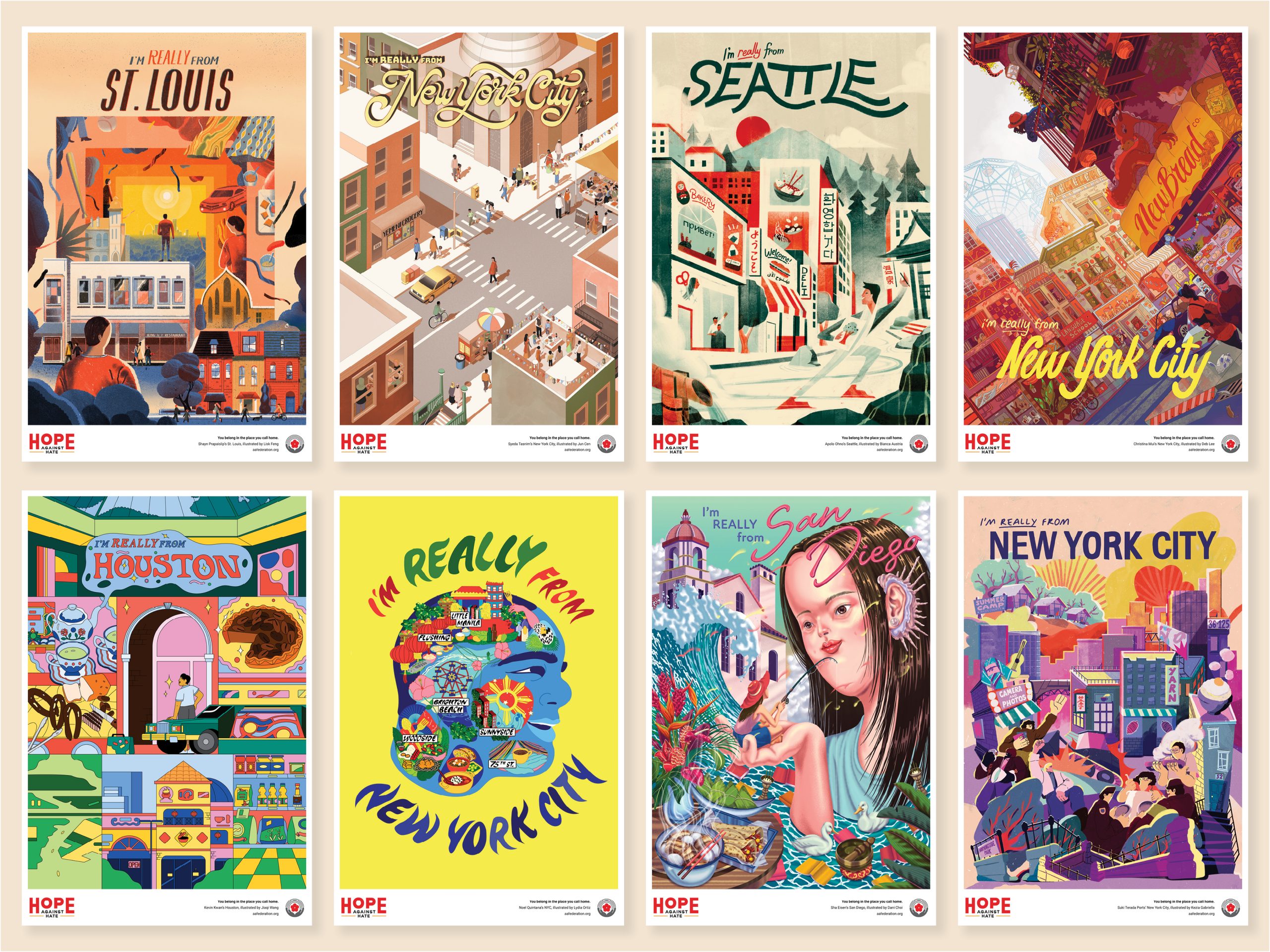 The posters were created to benefit AAF’s “Hope against Hate” community programs, which help protect Asian Americans in New York City through safety training, safety ambassadors and an assistance fund. The advertising agency Droga5 created the posters pro-bono to benefit the cause.

Each of the celebrity participants in the campaign emphasized the importance of representing their American roots. Kwan, who is from Houston, Texas, spoke to the difference in treatment that Asian Americans receive when they talk about their hometowns: “When an Asian-American says, ‘I’m from New Orleans’ or ‘I’m from East Lansing,’ all too often the next question they get asked is, ‘Yeah, but where are you really from?’ This doesn’t happen in the same way to other Americans who get the response ‘Oh, New Orleans is a fun town’ or ‘My cousin went to Michigan State.’”

Over time, says the novelist, this causes Asian Americans to feel as though “they’re somehow less a part of America than other people.” 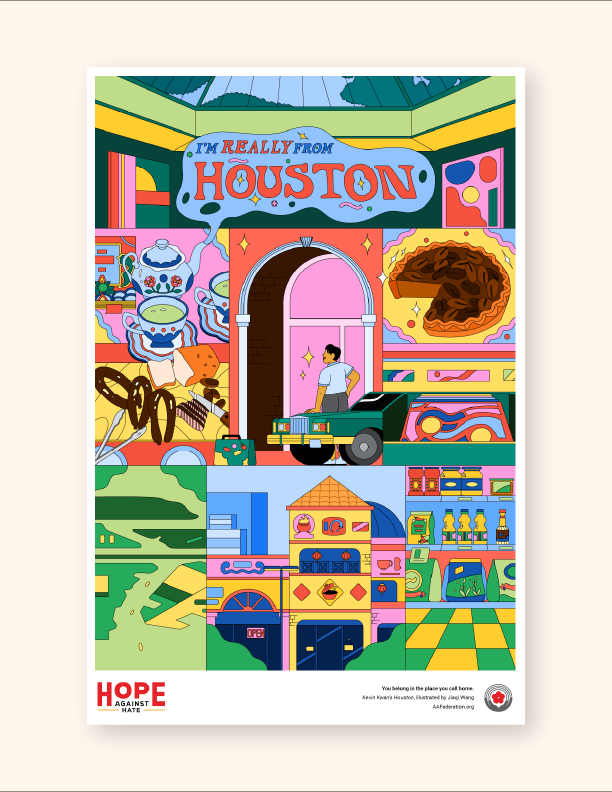 Olympic speed skater Ohno, who is from Seattle, agreed that the question “Where are you really from?” implies something more insidious. “What is underneath the surface is an attempt at othering and making Asian-Americans feel lesser than, that they don’t belong in America.”

“In partnership with the AAF’s Hope Against Hate initiative, we’re looking to rephrase that question and declare ‘I’m really from wherever I call home,’” said Ohno. 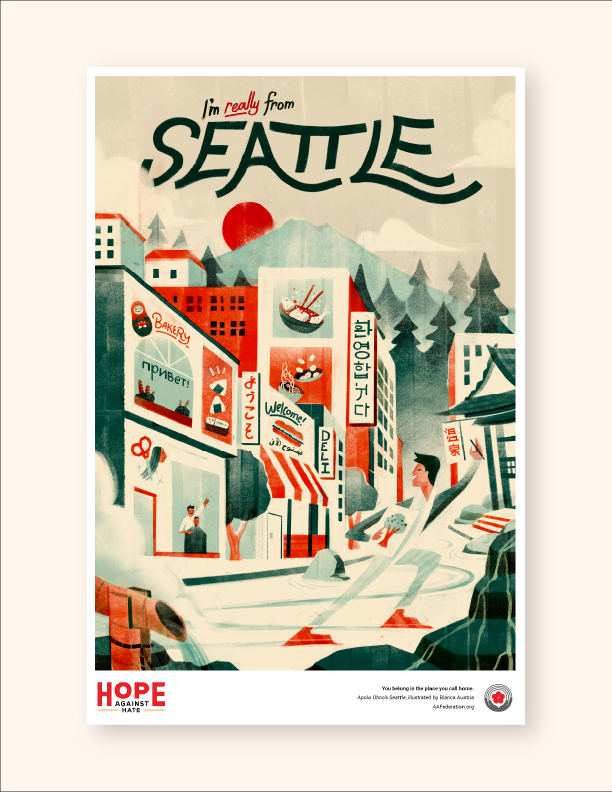 For Instagram Director of Fashion Partnerships Eva Chen, a native New Yorker, the past year has heightened the importance of speaking out on behalf of the Asian American community. “I remember the mix of emotions the first time I heard COVID described as the ‘China Virus’ — dismay, anxiety, and outrage. I worried about my parents and remember telling them not to go outside unless they had to and to always wear sunglasses and baseball caps to hide their Asian identities.” 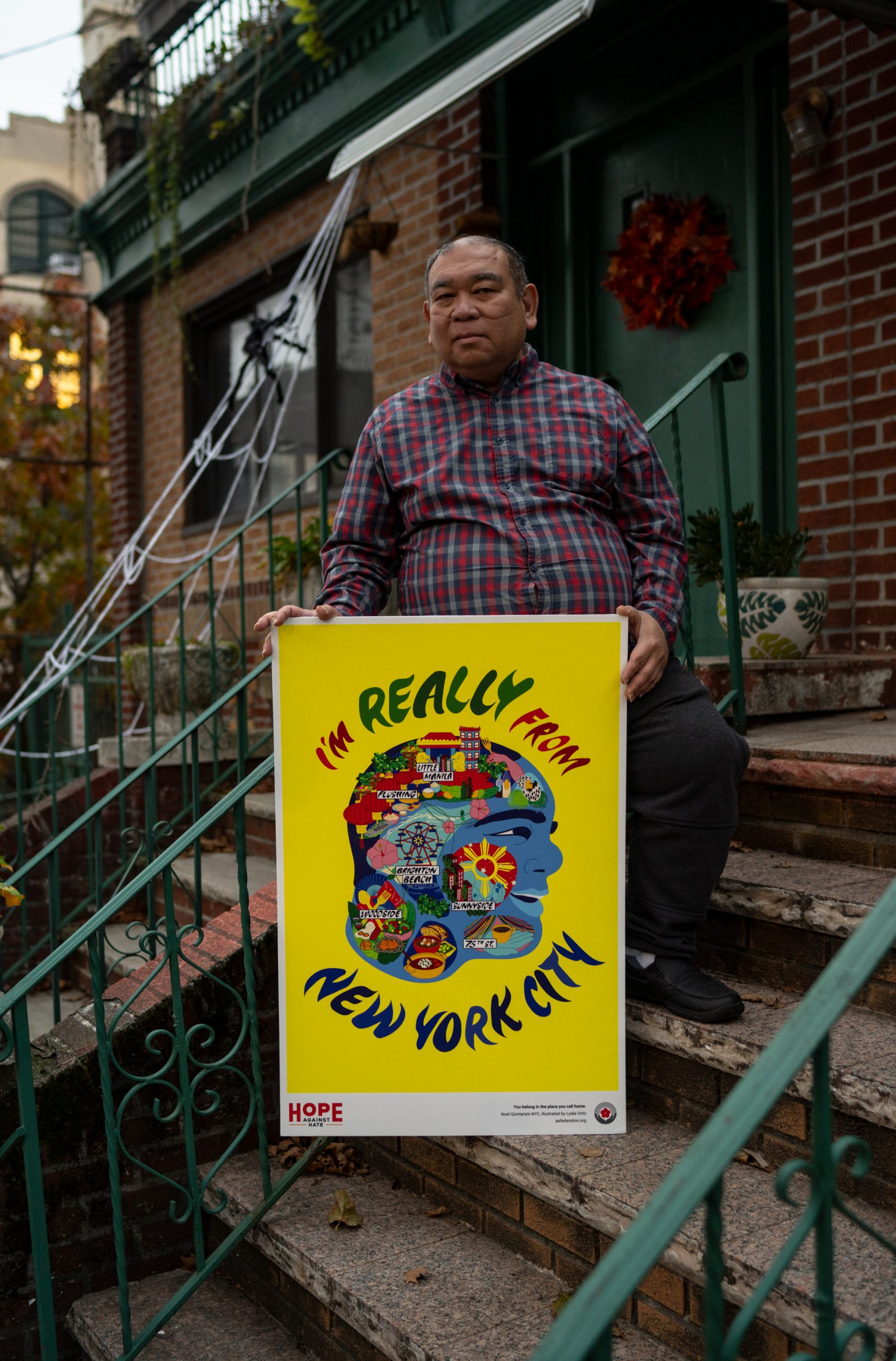 For Chen, it was important to speak up during this time, and participating in the Hope Against Hate campaign has been an opportunity to do so. “I have been proud to use my voice and my platform to combat anti-AAPI hate and to shine a light on the multitude of Asian stories.” 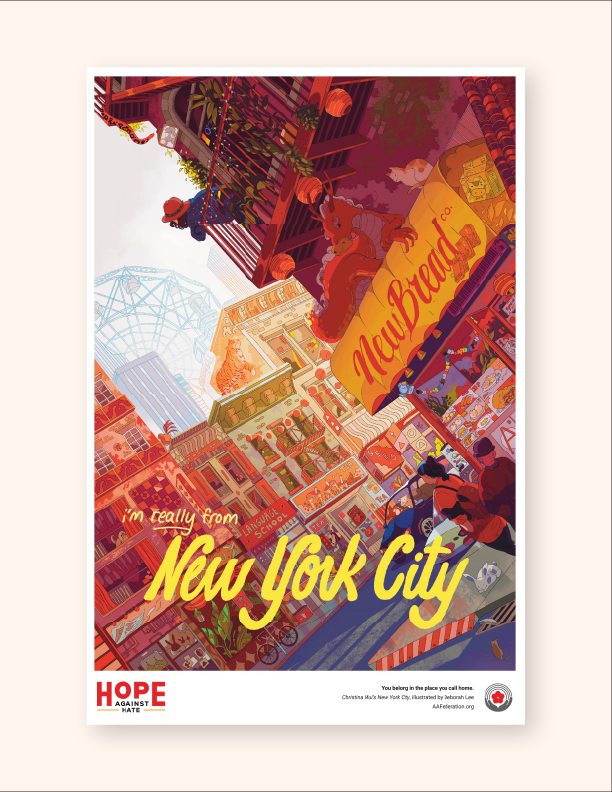 For more information about AAF and the Hope Against Hate campaign, visit the AAF website. You can also view all the posters and donate to receive your own.

All Images via Droga5