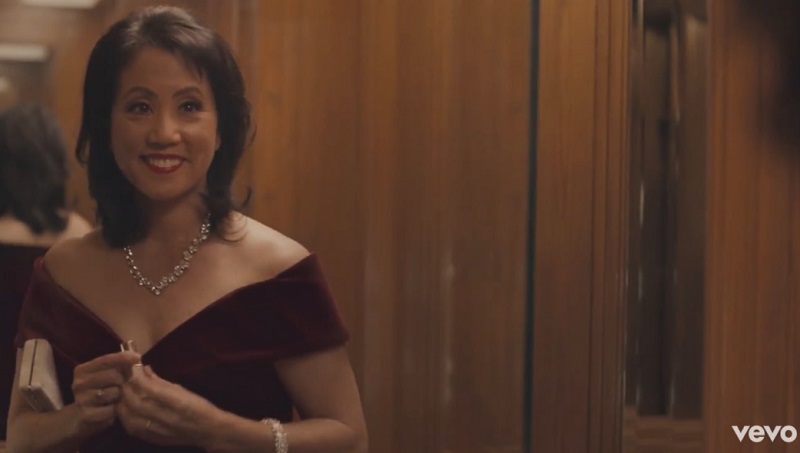 In a 10-second scene, Cheng a.k.a. “Lipstick Lady,” can be seen applying lipstick while standing inside an elevator with the popular singer. 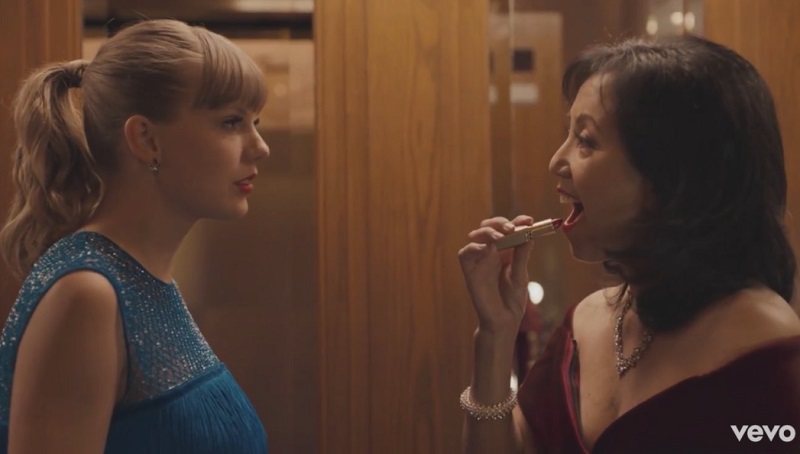 As Swift is magically invisible to everyone in the video, Cheng’s character was unable to see her. 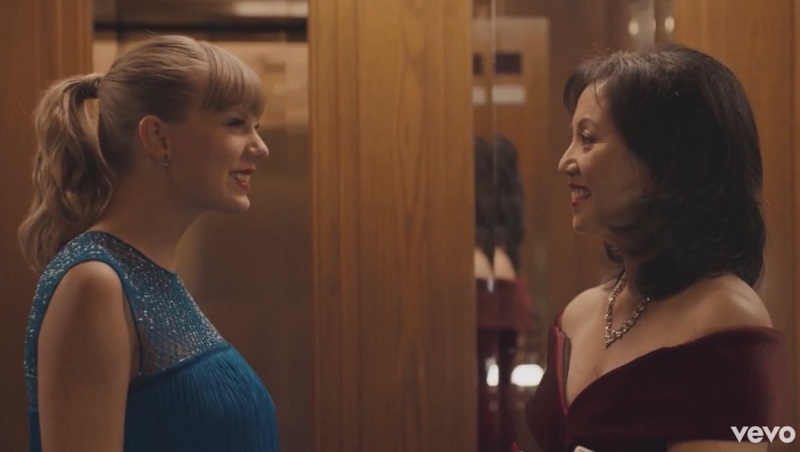 Her online popularity skyrocketed after her teenage daughter, who goes by the Twitter handle Megumi, proudly announced her first “major acting gig” via an adorable tweet:

“This is my mom. She’s 57 and felt like pursuing acting recently… mostly for sh—s and giggles, but here she is. So beautiful.”

this is my mom. she’s 57 and felt like pursuing acting recently… mostly for shits and giggles, but here she is. So beautiful. pic.twitter.com/dwhfTpqX57

Her tweet, which included screenshots of her mom’s scene, soon went viral on Twitter, generating over 18,000 retweets and 118,000 likes.

Cheng responded sweetly with a heart-melting: “I actually made my teenage daughter proud. #winning.”

I actually made my teenage daughter proud. #winning https://t.co/8rqit9u1sq

According to Entertainment Weekly,  the mother of two from Southern California was a Christian singer-songwriter with multiple albums under her name before she made her recent transition to acting.

“I don’t know how much longer I have here on earth, but I want to do the best with whatever time I have left,” Cheng was quoted as saying. “And whatever purpose God has planned for me and however long I have. Maybe I could be a Betty White and live to be 90-something, but I’m just going to enjoy and do my best with whatever I get to do.”

Cheng, who has already booked another role as “store manager mom” in another music video, also told Billboard that she is open to more roles.

“I’d love to sing ‘22’ with Taylor,” Cheng said. “I’m so old, but inside I’m young. Everybody has an internal age that we’re stuck at and we look in the mirror and go, ‘Whose body is this?’ But inside I’m still 22. There’s something about fun pop music that keeps us young, and I appreciate that.”