13 People Who Definitely Regret Getting That ‘Chinese’ Tattoo

Engrish, Konglish, and the like receive a lot of flak, and for good reason — the word choice is often poor, leading to very humorous phrases that make no sense to an English speaker. 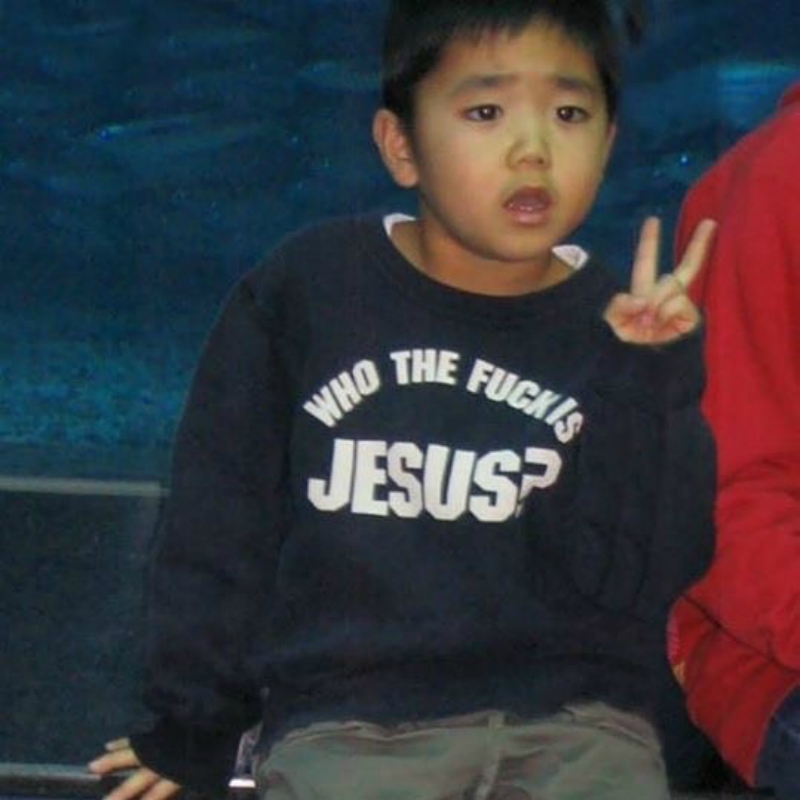 Usually, the phrases can be found on signs, menus, articles of clothing, etc., but the common theme behind all of them (other than their laughable inability to properly convey the intended message) is that there’s no permanence to it; the sign can be replaced, the shirt can be discarded, and the menus can be updated. What a relief, because that would be really bad if it was permanent, right? Like tattoos, right?

…Right. Like tattoos. Like hey, speaking of, those “really cool” “Chinese” tattoos you see on people from time to time? They may be saying complete and utter garbage, but no one would know unless they were able to read the characters. Which means that someone can be walking around with total gibberish on their body, and unlike a tee shirt or a cap, they can’t just take it off when they find out their mistake.

Here are some of those tattoos that may have had a different message in mind, but only translate to epic failure.

Joey Salads was incorrectly identified as being present during the Alt-Right march on Charlottesville on August 12, 2017. To prove he was in Jamaica at the time, he tweeted this photo and reposted the video that the media had taken screenshots from. It was then that netizens noticed his tattoo on his calf, which reads “pork fried rice”. To be clear, Salads claims he intentionally got this tattoo, but it definitely had the Twittersphere scratching their head!

This one scores some points for getting the characters correct — it’s not like it says something like “Baslamic Vingere” or “Covfefe” — but the characters put together don’t make a whole lot of sense. The first one says “seat” or “banquet” while the second one says “dog”. Seat Dog? Banquet Dog? Maybe Lap Dog? Could it be bitch? ?? ??? ?????????????

We don’t know the person’s intentions, and maybe they meant to tattoo this on their body, but we’re more inclined to think that this was a mistake. The reason? This tattoo translates to “hooker”. We’re not slut-shaming or anything, but it’s definitely one of those things that… well, you wonder if they knew!

So this one is fail on a few different levels — the characters say “speak” “dragon” “love”, which doesn’t make much sense on its own, but take into account that the character for “love” (bottom one) is not only misaligned but mirrored. It’s like spelling “love” backwards. evol? Speak dragon evol???

Wow — not only is this a really bad tattoo (looks like sharpie to be honest), but the middle character, “love” is upside down! So instead of saying “peace”, “love”, “loyalty”, it instead says something like “peace” “ǝʌol” “loyalty”. There’s no real way to tell if that was done intentionally or not, but it definitely slaps you in the face with its obviousness.

So this is nice because we’re able to guess via context clues that the person wanted the tattoo to say “wife”; however, there’s an entire stroke missing from the word. It’d be like spelling “wife” as “wie” or “wfe”. The character should look like 妻. There’s also some interesting spacing going on here, but overall this one has the unique distinction of being potentially salvageable (spell-check wise).

According to the tattoo owner, he legitimately believed this tattoo meant “in the balance” but even google translate reveals that the commenter’s claims are correct and that the first two characters at least reveal “danger”. Additionally, the font is a bit wonky. He seems to be okay with it though.

Holy… this one is so, so bad. The tattoo owner said the phrase is supposed to mean “live the life your soul was meant to live” but there’s just so much wrong here. The first character means “love”, and the third character means “strength” or “power”. The fourth character really stands out — it might be the character “shin” meaning “faith” or “trust” but it’s horribly written. Does it mean love letter? Who knows?

WOW. THIS IS BAD!!! While the smaller, original line work is in better handwriting, it says random things like “year”, “blood”, and “copulate.” The crappier bigger characters say “life and death”, possibly “die”, “white”, “Maki” (girl’s name), “strong”, “cannabis”, and “friend”, but the line work is SO BAD that you can feel his shame through the screen.

This one was titled “true Chinese lettering“. Instead, it appears to be Katakana or Bopomofo, an old school Chinese phonetic alphabet. We’re gonna go out on a limb here and guess it’s the tattoo owner’s name, but it’s written in a way that’s almost illegible if it’s Katakana. If it’s Bopomofo, it almost seems like a pretentious thing to do. “All you White people are getting Chinese characters, but we’re getting TRUE Chinese characters. Our tacky tattoo is therefore superior to yours.” *yawn* okay.

Unless you possess a Chinese name, don’t get your name tattooed in Chinese. This man thought he was getting his daughter’s name tattooed on his forearm, but it ended up translating to “boastful village rice”. Which, unless that’s his actual daughter’s name, was probably unintentional.

We may never know what this tattoo owner wanted out of their ink. They may have wanted “pirate” or “dead men tell no tales”. Unfortunately, what they got was “this is tattoo” and we are not joking. Redundant tattoo is redundant.

It’s entirely possible this person was trying to say something meaningful or powerful. Instead, the tattoo barely makes sense — the first few characters could mean a person’s name, but ultimately the tattoo reads “-via” “power” “bitch”. Let’s hope that the person meant to call someone they dislike the slur, and not a devious tattoo artist playing a prank on an unsuspecting client!

Luckily, Chinese character tattoos aren’t all that trendy anymore, and with the advent of smartphones, spell-checking is just a Google search away. Still, it’s better to avoid getting certain characters, like trying to translate a Western name into Chinese characters, as there’s the potential risk of choosing something that doesn’t make sense, or worse — something that ends up being unfavorable or negative.

Do you have any pictures of Chinese tattoo fails? Show us!